MediaTek surpassed Qualcomm as the largest mobile chipmaker in Q3

It’s not that hard to see Qualcomm and MediaTek as the Intel and AMD of smartphones. Qualcomm pretty much has the lion’s share of the smartphone chipset market while MediaTek’s silicon is often regarded as the more affordable option at the expense of some performance. Like AMD, however, MediaTek is also making an even more aggressive push, especially in the mid-range 5G tier. It seems that some of that may have paid off, at least for the third quarter of 2020, though Qualcomm still holds one important piece of the pie.

According to Counterpoint Research’s data, MediaTek barely surpassed Qualcomm in Q3 2020 compared to the same quarter last year. Its share rose from 26% to 31% while Qualcomm saw its share dip from 31% to 29%. It might be too easy to conclude that MediaTek has finally dethroned the king but market dynamics aren’t that simple. 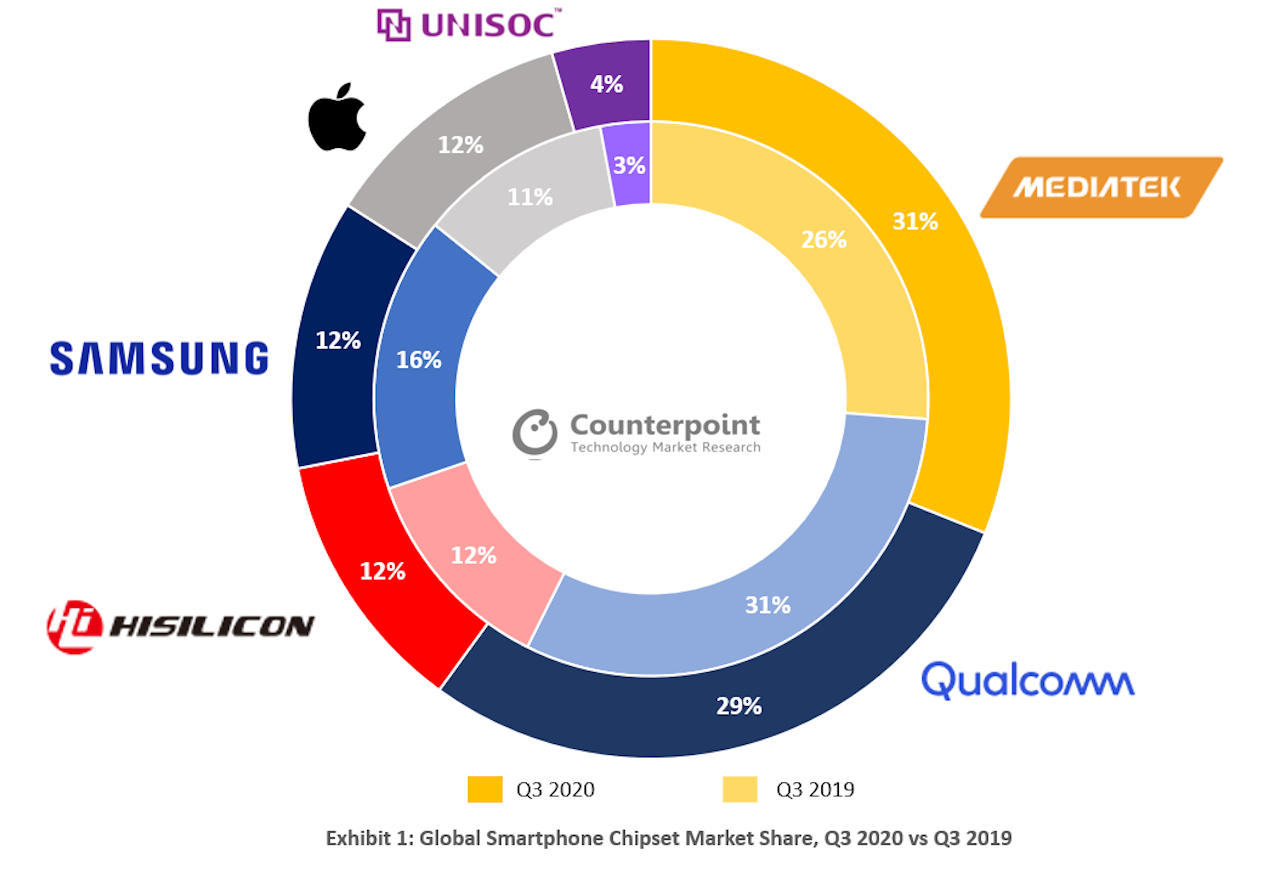 A few factors contributed to MediaTek’s jump in chip sales, from COVID-19 to stronger demand for mid-range smartphones in Latin America and the EMEA region. Huawei’s US ban also helped MediaTek get a more secure footing last quarter, with more phones using its chips being sold to make up for Huawei’s retreat.

That said, MediaTek doesn’t exactly have a clear lead, especially with such a thin margin. Qualcomm still has a stronger share in the high-end models. It is still too early to count it out, given the fourth quarter of 2021 is just about to end with more Snapdragon-toting phones launching in the market.

And then there’s the fact that Qualcomm still leads the race when it comes to 5G chips. MediaTek has indeed been trying to flood the mid-range market with its 5G-capable Dimensity SoCs but those are still too far and few in between to even make a blip in the radar.