MediaTek MT6893 might be on par with Qualcomm Snapdragon 865

MediaTek still has a large share of the mass-market smartphone segment, primarily because of its more accessible price tag for its processors on that tier. It has recently set its guns higher, aiming for mid-tier and high-end devices with its 5G-enabled line of Dimensity chips, but it hasn’t exactly reached performance figures that can be considered comparable to the top contender in that space. That could slowly be changing if these leaked benchmarks for an upcoming MediaTek flagship is accurate, showing it might finally be catching up to Qualcomm.

MediaTek has been flooding the smartphone market with chip after chip in its Dimensity product line and it is also starting to aim for high-end Chromebooks as well. What it has so far been unable to do, however, is boast of a processor that comes close to Qualcomm’s premium Snapdragon line. It might be getting there, though, even if it may be one generation late.

Geekbench scores for an unannounced 6nm MediaTek MT6893 bring those favorable numbers to light. It scored 886 on the suite’s single-core test and 2948 on multi-core. It definitely beats out the company’s own Dimensity 1000+, with 765 and 2874, respectively, running inside a Redmi K30 Ultra. More interesting, however, is the comparison with a OnePlus 8 and its Snapdragon 865 which scored a close 886 and 3104. 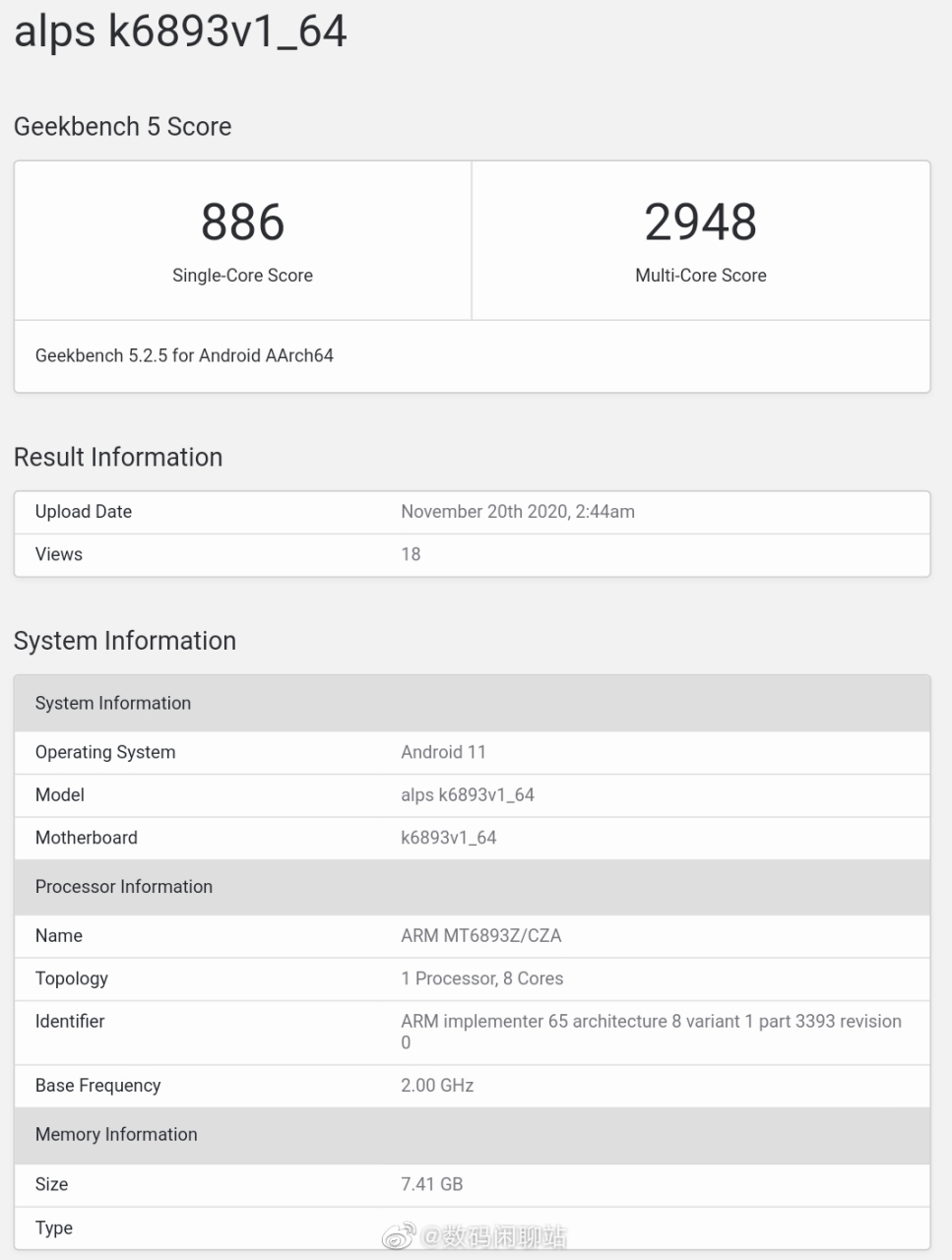 Of course, the Snapdragon 865 is close to becoming “old” when Qualcomm announces the Snapdragon 875, probably in December. It’s still a big achievement for MediaTek that it has come this close to a Qualcomm flagship chip. If it is able to keep up its pace, it could finally catch up with its rival in a year or two.

The MediaTek MT6893 is leaked to have a tri-cluster octa-core configuration, with one Cortex-A78 core running at 3.0 GHz max, three Cortex-A78 cores capped at 2.6 GHz, and four power-efficient Cortex-A55 cores. The chip will support LPDDR5 and UFS 3.0, the most up-to-date memory standards available on mobile, but other details about the chip remain unknown.