There seems to be a MediaTek chip for every phone tier but Qualcomm’s rival is taking that idea to almost ridiculous extents. There is, at the moment, no less than five 5G-capable Dimensity chips and that’s not yet counting MediaTek’s surviving 4G-only Helio family. That’s not stopping it, of course, from launching yet another one and, this time, it’s aiming squarely for the still lucrative mobile gaming market with the Helio G95.

It wasn’t that long ago, just a month in fact, when MediaTek announced the Helio G90 and G90T, both geared towards gaming like all of MediaTek’s Helio G family. But with Qualcomm’s sudden announcement of the Snapdragon 732G, which is also being positioned for gaming on mid-range phones, MediaTek just wouldn’t take things sitting down. And just like the Snapdragon 732G, the Helio G95 is really just a very slightly souped-up version of the Helio G90T.

In almost all aspects, the Helio G90T and this new Helio G95 are nearly identical, from the octa-core setup with two powerful Cortex-A76 and six Cortex-A55 cores to the supported 10GB LPDD4X RAM. The only difference in specs is actually the Mali-G76 GPU that’s clocked at 900 MHz. Of course, no 4G here in order to target budget-friendly tiers.

Despite those meager specs, the MediaTek Helio G95 boasts of an 8% increase GPU performance, which is expected from the change in GPU. The 5% boost in CPU performance, however, might be a bit harder to see unless MediaTek pulled some software tricks to achieve those numbers. 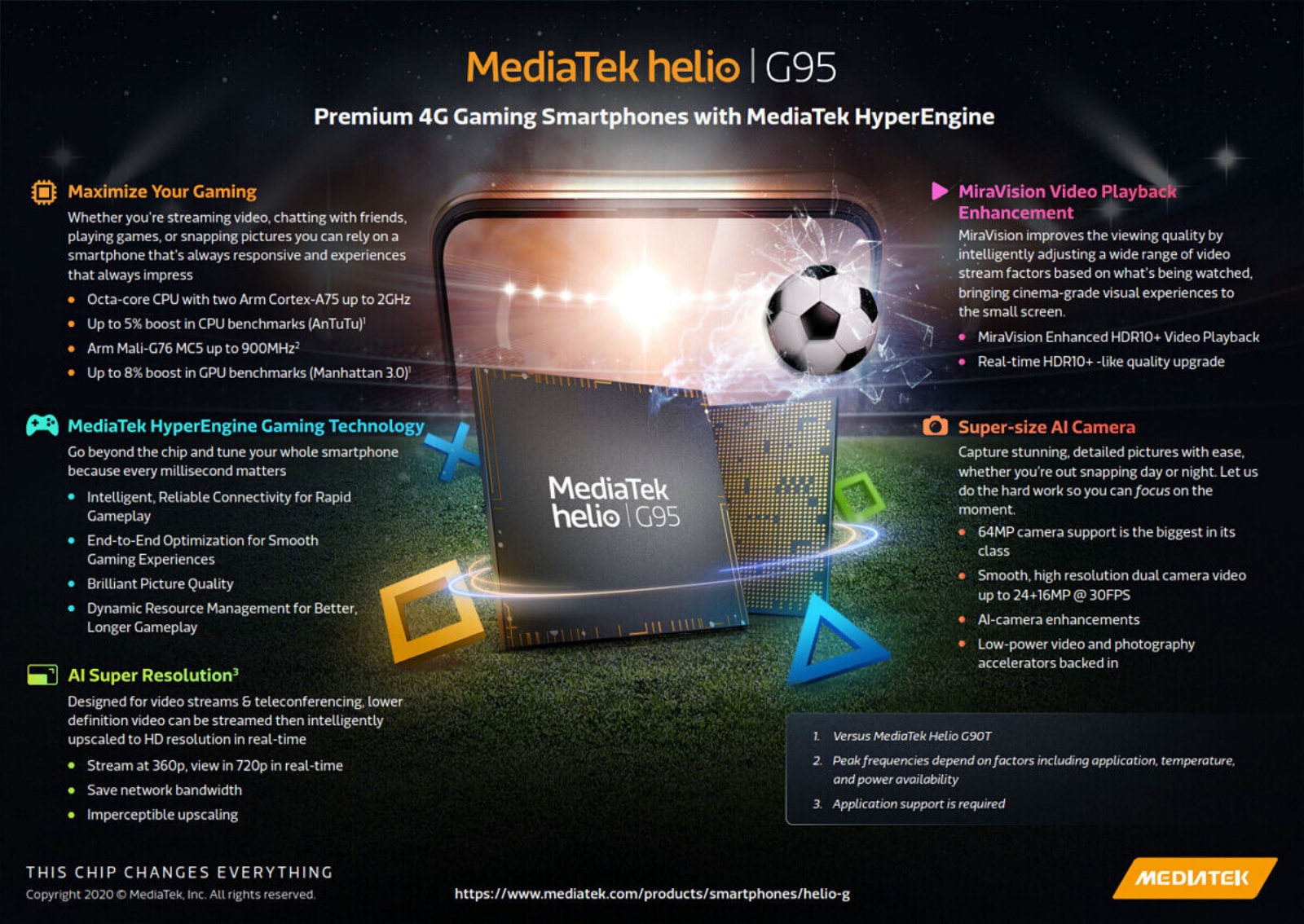 MediaTek’s processors do often perform well, whether or not you take faith in their benchmark results, but their main selling point is really their price savings for manufacturers. That said, there have been fewer and fewer smartphones from big brands that have been carrying its chips and its strategy seems to be to throw as many on a wall to see which ones stick.