Like it or not, and some definitely don’t, Qualcomm’s Snapdragons are pretty much the king of smartphone processors, especially more premium ones. MediaTek has traditionally been the choice for mid-tier to entry-level devices but Qualcomm has started to invade its turf, especially with mid-range 5G chips. MediaTek’s strategy to fight back has been to flood the market with a confusing number of choices, including its latest MediaTek 700 aimed at giving mass-market phones some 5G capabilities.

The Dimensity 700’s goals would have been noteworthy if it weren’t just the latest in a handful of similar-sounding 5G chips. The 7nm processor, however, expands MediaTek’s coverage by slotting a little bit below the Dimensity 720 to cater to phones with more constrained hardware features. 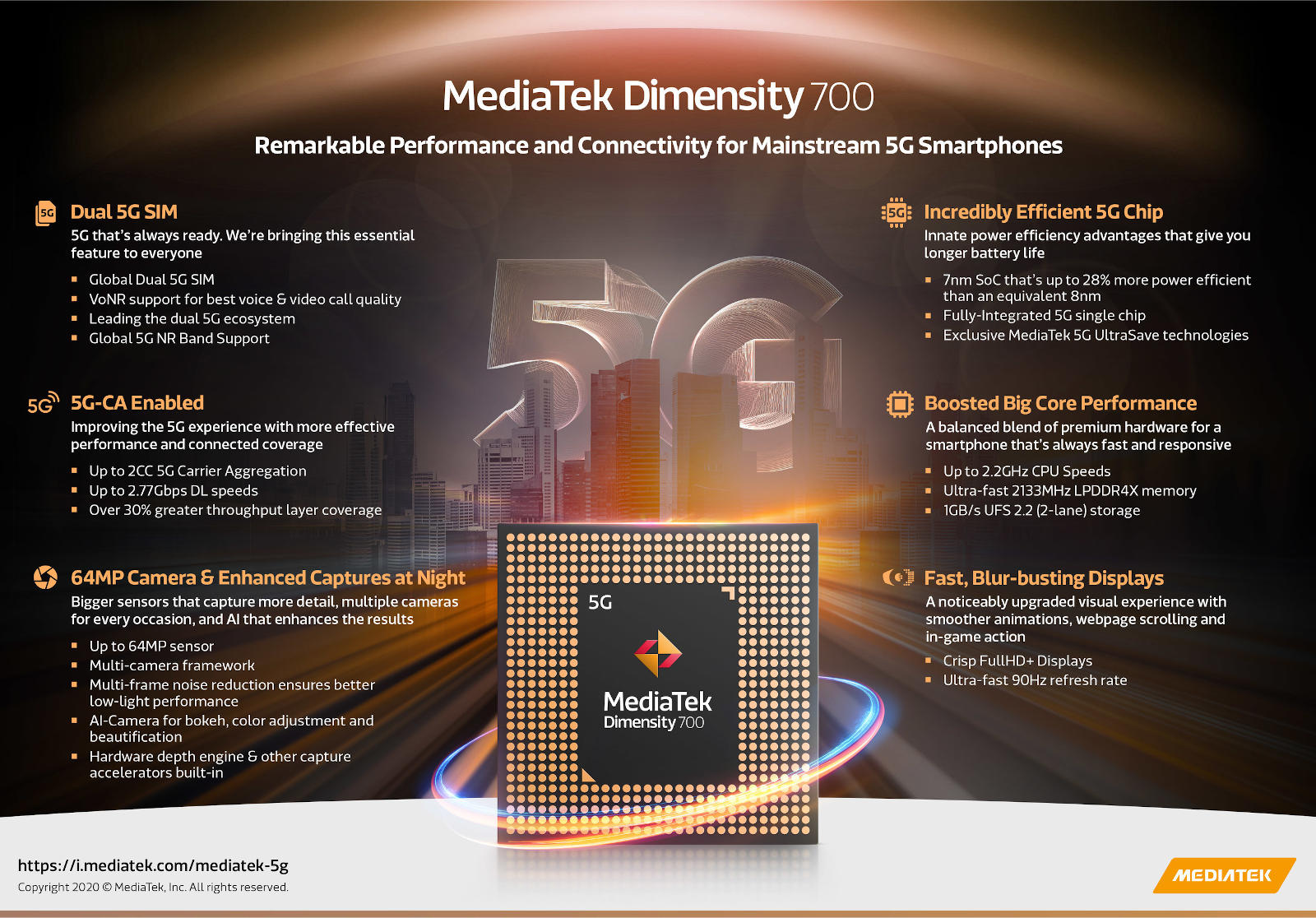 For example, the Dimensity 700 does support fast refresh rates but tops out at 90 Hz rather than the more trendy 120 Hz. It also only supports a 64MP sensor at the most, though it could probably handle a mix of multiple sensors at lower pixel counts. There is also advertised built-in support for different voice assistants, though the chip’s AI chops might not exactly be outstanding.

So far it seems that MediaTek’s strategy is to throw as much as it could and see which ones stick, something that Qualcomm is also starting to adopt in its 6 and 7 series Snapdragons. But while MediaTek has not exactly been that successful in the smartphone market, the new attention given to ARM-based computers could open up opportunities at least in the Chromebook segment.