After an apparent campaign to bring the single most orange flavor of Hi-C back to McDonalds’ fountains, they’ve capitulated. As if in a form of order signaling the end of a war, McDonalds social media blasted several images that confirmed the drink flavor and its long-awaited re-initiation. But why?

According to a meme-like image posted by McDonald’s official Twitter account, an email was sent from the VP of Marketing at McDonald’s to “person who runs the McDonald’s account” with a short message. In the message it reads: “Nice presentation. Hi-C Orange Lavaburst will officially come back on the menu at all U.S. restaurants by this summer 2021.” 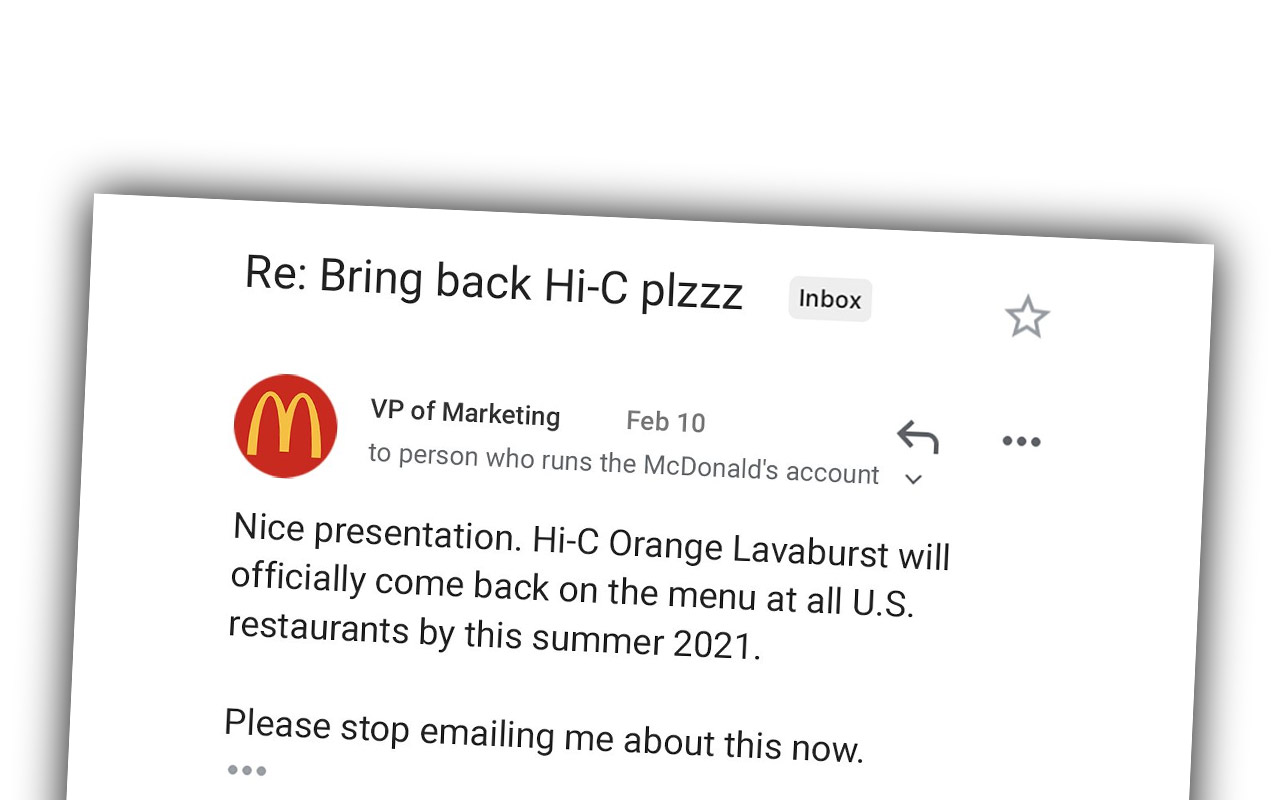 The email added, “please stop emailing me about this now.” One must assume that this email string was created for the promotional Tweet by said “person” as it also includes the email title “Bring back Hi-C plzzz.” 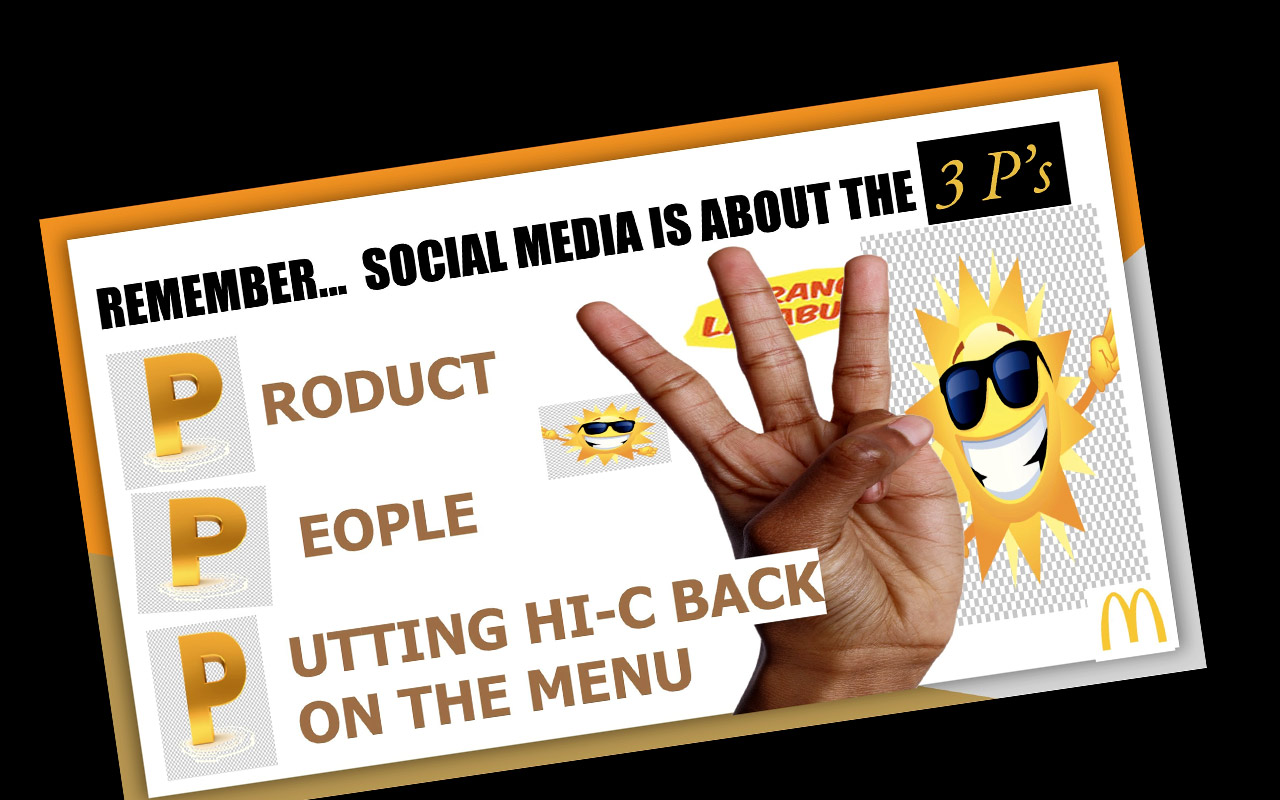 The same account posted an image that might well have been put together in Microsoft Paint which suggested that Social Media is “all about the 3 P’s.” Said terms are: Product, People, and Putting Hi-C back on the menu. 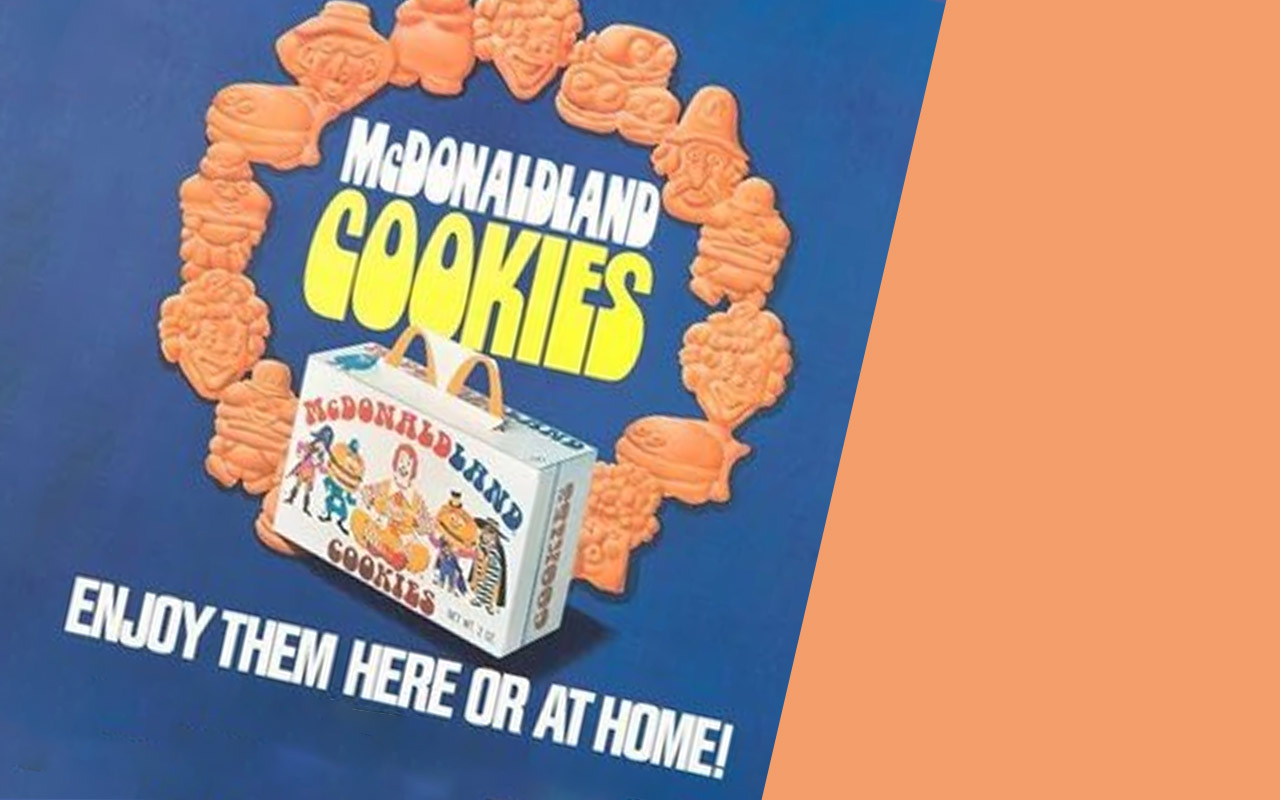 Were you waiting for McDonald’s to put Hi-C back on their menu? Were you also waiting for the company to start putting their Big Mac back in a very fancy red box? How about the McDonaldLand Cookies in a box, where you waiting for those, as well? Honestly I’d rather have the cookies back, if I had to choose between the two items. Those cookies were good, and if I remember right, they were pretty big, too. Big giant cookies in a fancy little box with a golden arches handle – classic McDonald’s cookie action in full effect.

That, or full-sized bags of LEGO bricks as Happy Meal toys. Opening that Happy Meal was one of the greatest toy-from-food related moments I ever had.