When you hear or read about off-planet rovers, you probably think of unmanned, somewhat smaller vehicles built for exploration and scientific missions. This concept Mars rover, in contrast, looks like something the Dark Knight himself would ride into battle. More armored car than mobile lab, this Rover Concept from NASA’s “Summer of Mars” promotion isn’t meant to actually roam the Red Planet. It serves more as a seedbed for actual rover technologies, as well as an inspiration to those visiting the Kennedy Space Center complex.

The rover concept, designed with input from NASA, does sport features you’d find in rovers, both present and near future. Those include solar panels that work together with a 700-volt battery to power the vehicle’s engines as well as radio and GPS for navigation.

It also has features that will probably take a lot longer to turn into reality. For example, the vehicle can split down the middle into two independent parts. The back half is an autonomous laboratory that can go off on its own for separate research. Almost like some old-school G.I. Joe vehicle.

Which parts and ideas will eventually make it into the next Mars rover is still something NASA has to reveal. It doesn’t have that much time though. The next Mars rover is planned to land on the planet in 2020, where it will search for signs of microbial life, dead or alive, and collect samples if any. Unlike other rovers, however, that one is hoped to be able to return to Earth. Or at least the samples it collected will. 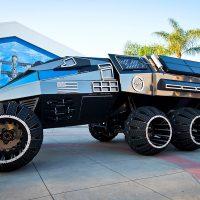 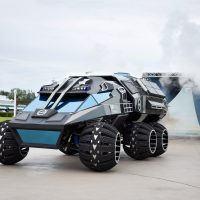 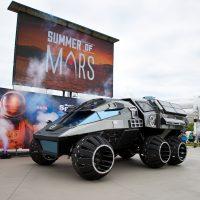 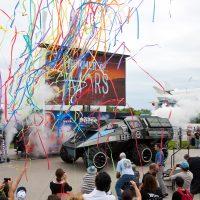