Mario is getting his own Jenga and Monopoly games: Here’s why

The Super Mario franchise is turning 35 years old this year, and while there have been rumors that Nintendo will remaster a number of classic Mario games for the Switch, this anniversary serves up the opportunity for plenty of Super Mario-themed toys and products. LEGO already got the ball moving with its Super Mario and NES sets, which will all be out next month, and now Hasbro has revealed two new Super Mario board games.

The first is Jenga: Super Mario Edition, which offers an interesting spin on the regular Jenga formula. Instead of simply removing blocks from the tower, Jenga: Super Mario Edition has players racing up the tower with the goal of reaching and defeating Bowser. Each turn, players spin a spinner that tells them what to do, whether that’s climbing a certain number of layers, removing blocks from the tower and stacking them on top, collecting coins, or reversing the direction of the game.

Jenga: Super Mario Edition actually looks a lot like Fortnite Jenga, which was released last year. It seems that Jenga has found something of a new format when it comes to crossover games with other properties, so perhaps we’ll see more of it in the future. 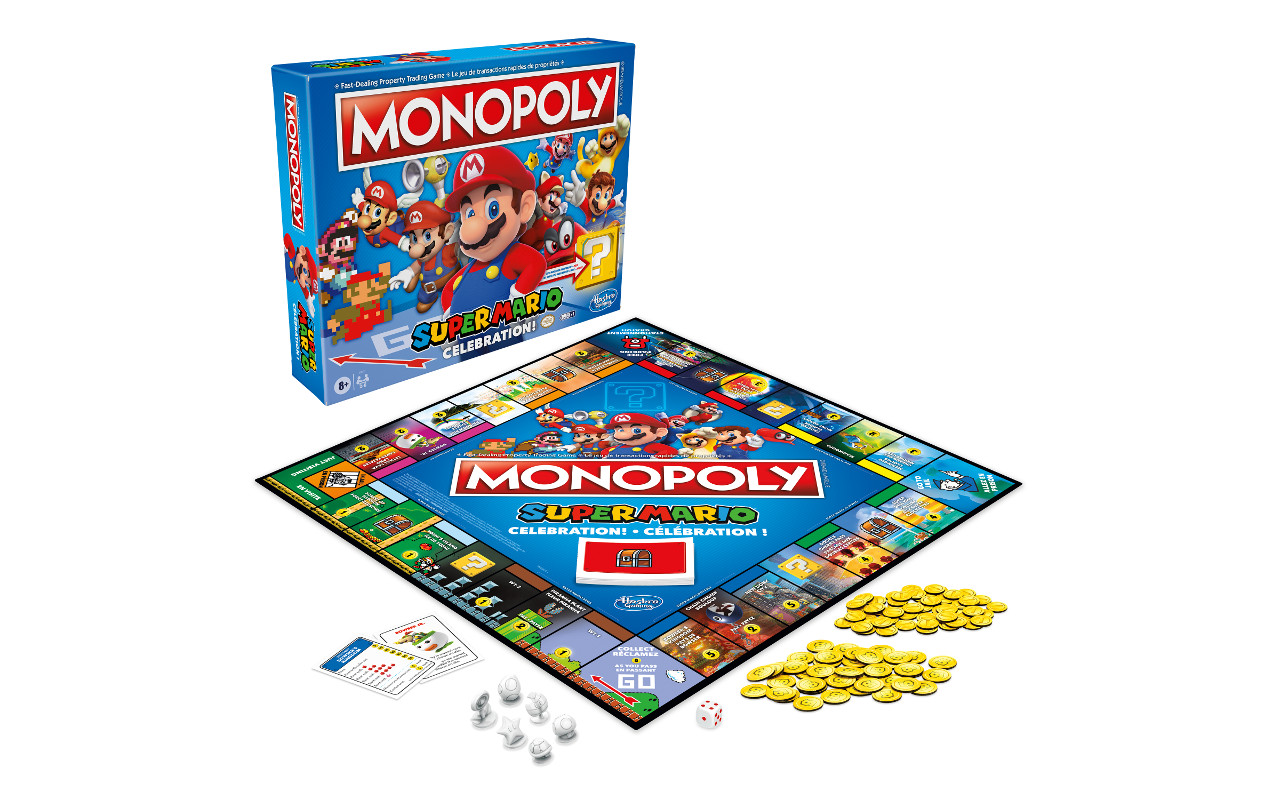 In addition to Jenga: Super Mario, Hasbro also announced Monopoly Super Mario Celebration Edition today. Like most special edition Monopoly games, the Super Mario Celebration Edition swaps out the standard token for Mario-themed ones and the properties for locations from the Super Mario franchise – in this case, the properties will date all the way back to 1985. The game also features an electronic Question Block that “can change a player’s luck,” but a more in-depth description of what it does wasn’t available.

A listing for Monopoly Super Mario Celebration Edition is already live on Amazon, but it isn’t up for pre-order just yet – Hasbro says it will launch on August 1st with a retail price of $29.99. Interestingly, Jenga: Super Mario Edition has the same August 1st launch date, but it’s already up for purchase on Amazon for $19.99.