Chalk this one up to sounding both a little crazy and a little brilliant. 10 days ago, a Dutch man had a NFC chip implanted into each of his hands to serve as storage for the encrypted key to his Bitcoin cold storage. Keeping one’s Bitcoins offline, and in this case in the body, makes it harder for them to be hacked and stolen, but Martijn Wismeijer is already thinking ahead for other uses for his chipped hands.

As an entrepreneur and founder of Mr. Bitcoin, a company that installs Bitcoin ATMs in the Netherlands and Belgium, Wismeijer had a 2 millimeter by 12 millimeter NFC Type 2 compliant NTAG216 RFID chip injected into the muscle tissue between his index finger and thumb on each hand. One he uses to store and overwrite common, everyday data, such as contact details, while the other holds his encrypted Bitcoin wallet key. Speaking to ArsTechnica, he jokes, “I use it for cold storage, but it’s not cold because it’s 37 degrees Celsius inside my body!” 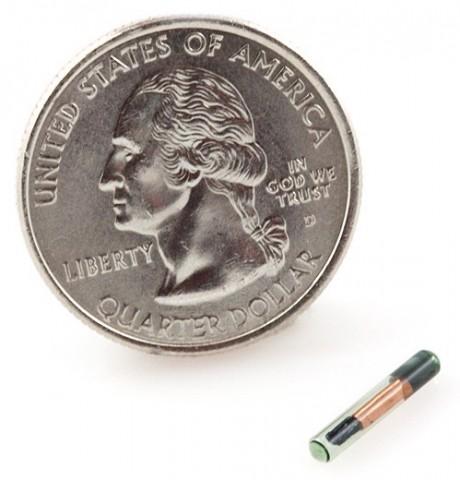 Wismeijer bought the chips for $99 each from DangerousThings.com, where they come pre-loaded in a syringe. After his doctor in Amsterdam understandably refused to perform the procedure, Wismeijer says he turned to a professional piercing artist to do the deed. He commented that having the chips put into his body hurt more than a normal injection, but there wasn’t too much pain involved. The injection hole on the surface of the skin has healed, so there’s no fear of infection, but the chips are still noticeable in the tissue. Wismeijer adds that they don’t generate any heat, and he feels nothing different when they are scanned. 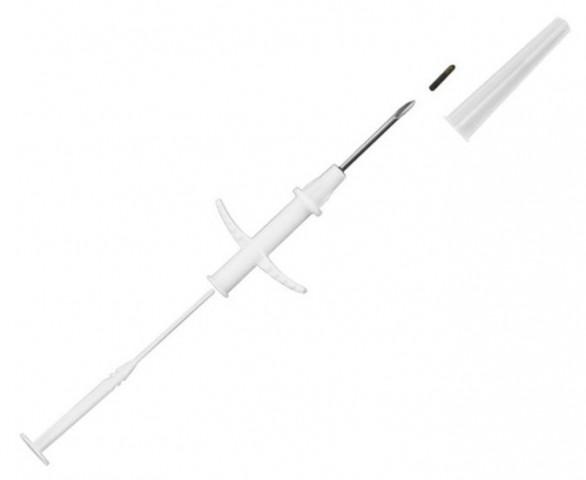 The main purpose for putting the NFC chips in his hands was to serve his work, where his private Bitcoin key, along with those from other colleagues, is used to unlock his company’s master wallet when they need to transfer funds out of cold storage. They scan the chips either with a USB dongle or a NFC-enabled phone.

Beyond that, Wismeijer is already planning to use his chips as keys to NFC-enabled door locks at his home. The founder of DangerousThings.com, Amal Graafstra, has been doing just that for the last 10 years or so, thanks to $200 door locks from Samsung and chips in the same location on his hands. Graafstra says all he has to do is put his hand on the doorknob for it to unlock, and that he stopped noticing the chips after a few months.

It’s easy to imagine how useful this procedure could be, should it become widely accepted. Unlocking anything from your car to your smartphone could be as simple as putting your hand on it, but without the need for a physical object. It sounds brilliant, except for the part about injecting a chip into your body, which still seems a little crazy.