MakerBot ha some brand new 3D printers on display at CES 2014. The company, which is at the forefront of 3D printing, unveiled some interesting new machines for consumers. While not the most petite printer we’ve seen, they certainly are the flashiest — and maybe best.

The new Replicator, aside from sounding cool, really is cool. The follow-up to their Replicator 2 skipped the successional naming, but improved quite a bit. MakerBot notes the printer is capable of building items up to 11% larger than the Replicator 2, and now supports resolution up to 100 micros small. As expected, the new Replicator was built for PLA plastic, but will send you a message when you run out. The printer connects via WiFi, and pre-orders are being taken now. The new Replicator will cost $2,899, and starts shipping in six months. 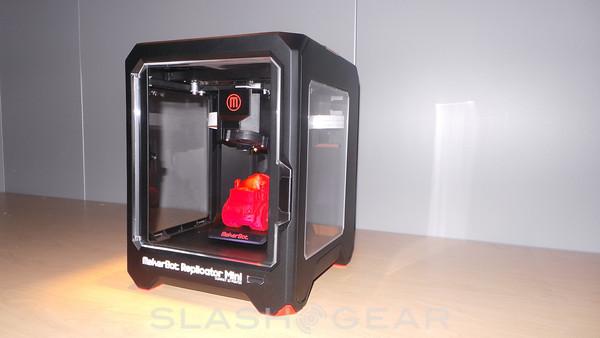 The Replicator Mini is meant as a more entry level 3D printer, but offers quite a bit for what it costs. It doesn’t have to be leveled (good for the average Joe), and MakerBot notes it’s meant to print quickly. It also has a camera in the device so you can send pics to impatient friends who want to know where their new toy is. It’s also got a one-button interface, and is meant for “plug and play” usability. 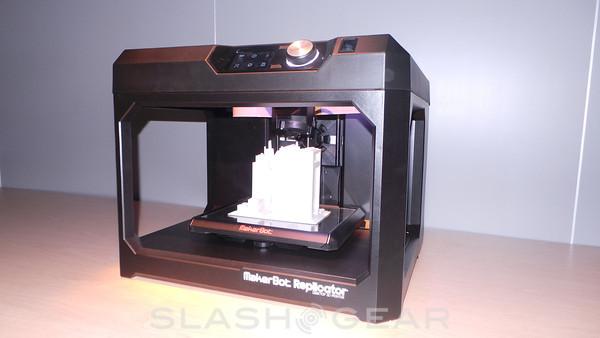 The Mini will retail for $1,375, and starts shipping in spring of 2014. It works with PLA, and has a “Smart Extruder” for easier filament loading. If you end up running out of plastic, the printing pauses until you get new material. Sounds like a printer meant for the masses.