Harmonix’s latest rhythm game, FUSER, is getting a major update today. This new update introduces the Diamond Stage, which is something of an in-game public stage where players can show off their mixes to a live audience of spectators both in the game and on Twitch. As well, rolling out as part of this update is a new currency called Diamonds that can be spent in a new shop or used to reserve an in-demand time slot on the Diamond Stage.

While it might be a little worrying to hear that FUSER is getting a new currency, Harmonix promises that you can’t buy Diamonds with real money. Instead, Diamonds will be earned by playing and voting. They can also be earned by progressing through the single-player campaign or playing the freestyle and multiplayer modes. Basically, it seems like most of the things you do in the game will now reward Diamonds. 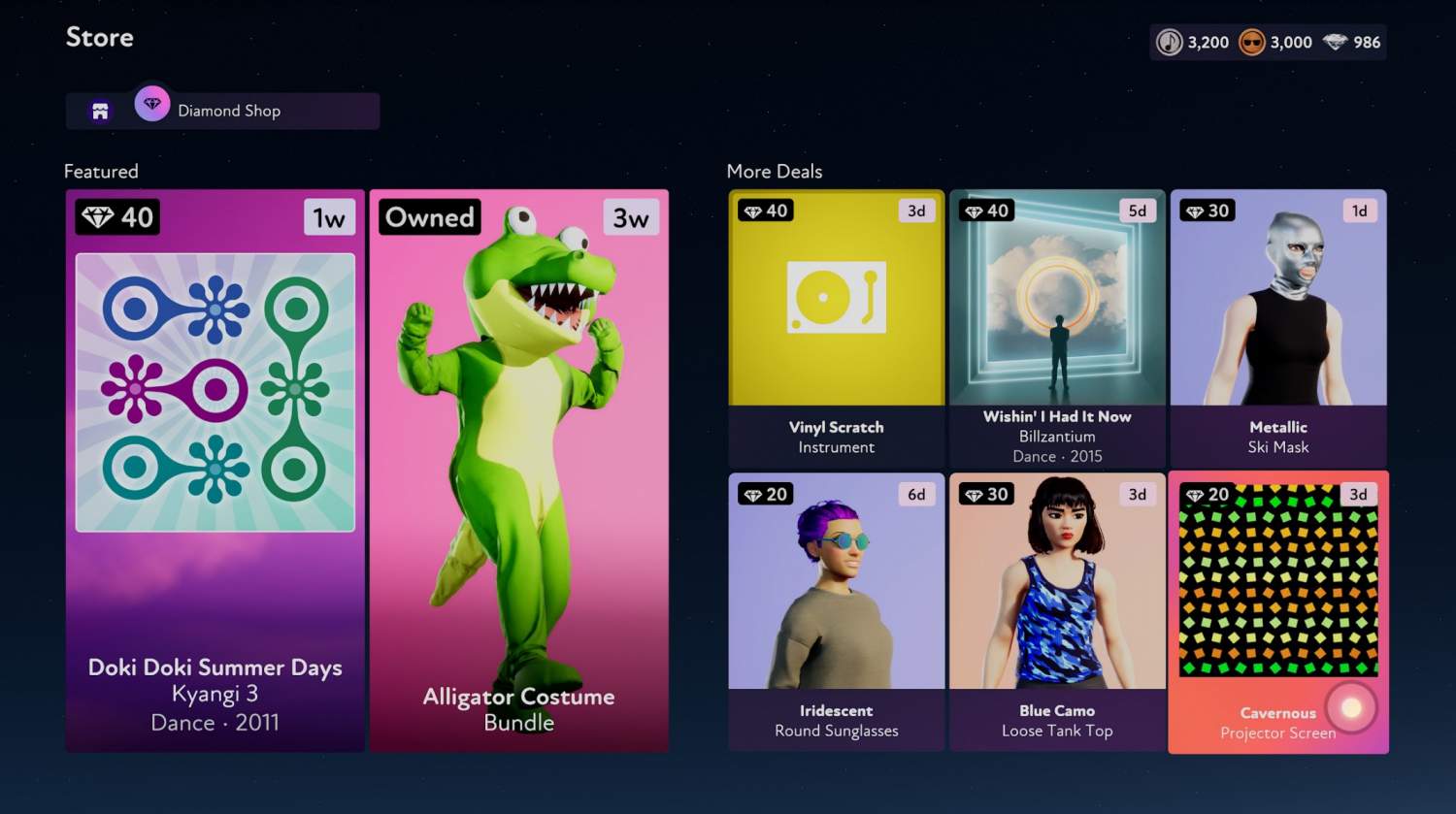 One way the in-game economy is changing in this update is through the introduction of the Diamond Shop. This is where you’ll be able to buy new cosmetic items for your DJ, but perhaps the priority should be the new tracks that are on offer through the shop. Alongside this update, Harmonix also says that it’s dropping a new collection of DJ gear and a new set of DLC tracks, so hopefully the Diamond Shop is packed full of entirely new stuff when it makes its debut.

In addition to rolling out the Diamond Stage, Harmonix is also launching a Twitch channel called FuserHeadliner. This channel will broadcast what’s happening on the Diamond Stage 24/7, though if you can watch in-game, that’s probably preferable since you get Diamonds for voting and participating. Still, Harmonix also says that it will enable Twitch Drops on the FuserHeadliner channel, so watching that should still dole out some prizes. FUSER’s new Diamond Stage update is going live later today across all platforms FUSER is available on, so keep an eye out for it to land.