Today the folks at Wizards of the Coast revealed a new set of cards – or several sets of cards, as it were. The big multi-drop is called a Secret Lair Superdrop, and it’s aimed at the month of February, 2021. In the mix are a set of faeries, Valentine’s Day, a few full-art basic lands, and a pair of Kaldheim “showcase” packs.

Starting on February 12, 2021, there’ll be a series of card releases in the Magic Secret Lair. The first of these is the “Faerie, Faerie, Faerie Rad” set. This set rolls with a “’90s-tastic rainbow palette”* with foil faeries aplenty. This set has artwork from Maria Abagnale, Jen Bartel, Rian Gonzales, and Maria Poliakova. That’ll cost you approximately $40 USD on its own. 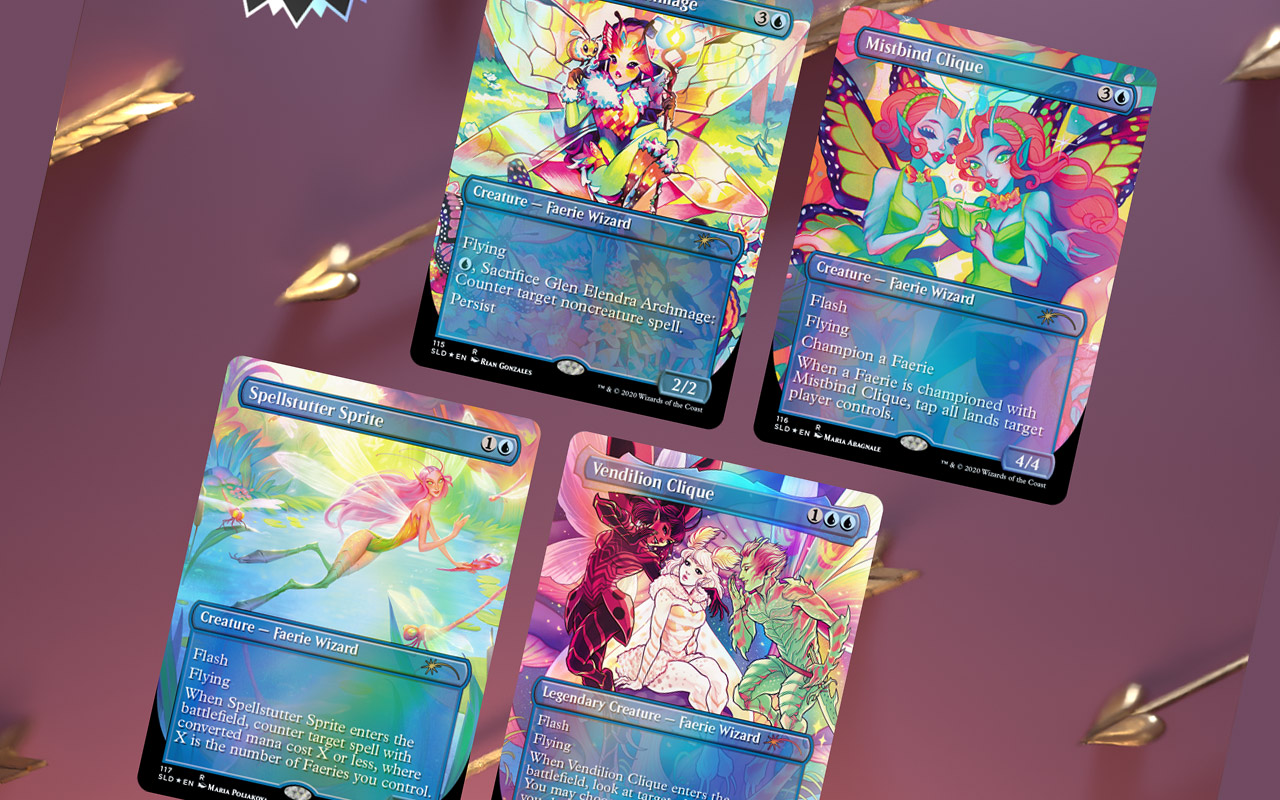 *I mean, Lisa Frank, really. Can we agree that it’s a Lisa Frank color pallet? Because it really seems like that’s what’s going on here. Obviously that’s not official – that’s a very subjective interpretation.

The Unfathomable Crushing Brutality of Basic Lands set (as shown at the head of this article) will include artwork by Mark Riddick. This set will be released in foil and non-foil iterations, for either $40 or $30 USD. These are all full-artwork lands, and they look just lovely.

Brandi Milne did the artwork for a Valentine’s Day 2021 set. That’ll include Valentine’s Day-themed red and white cards, all non-foil. The whole set will cost you around $30 USD. 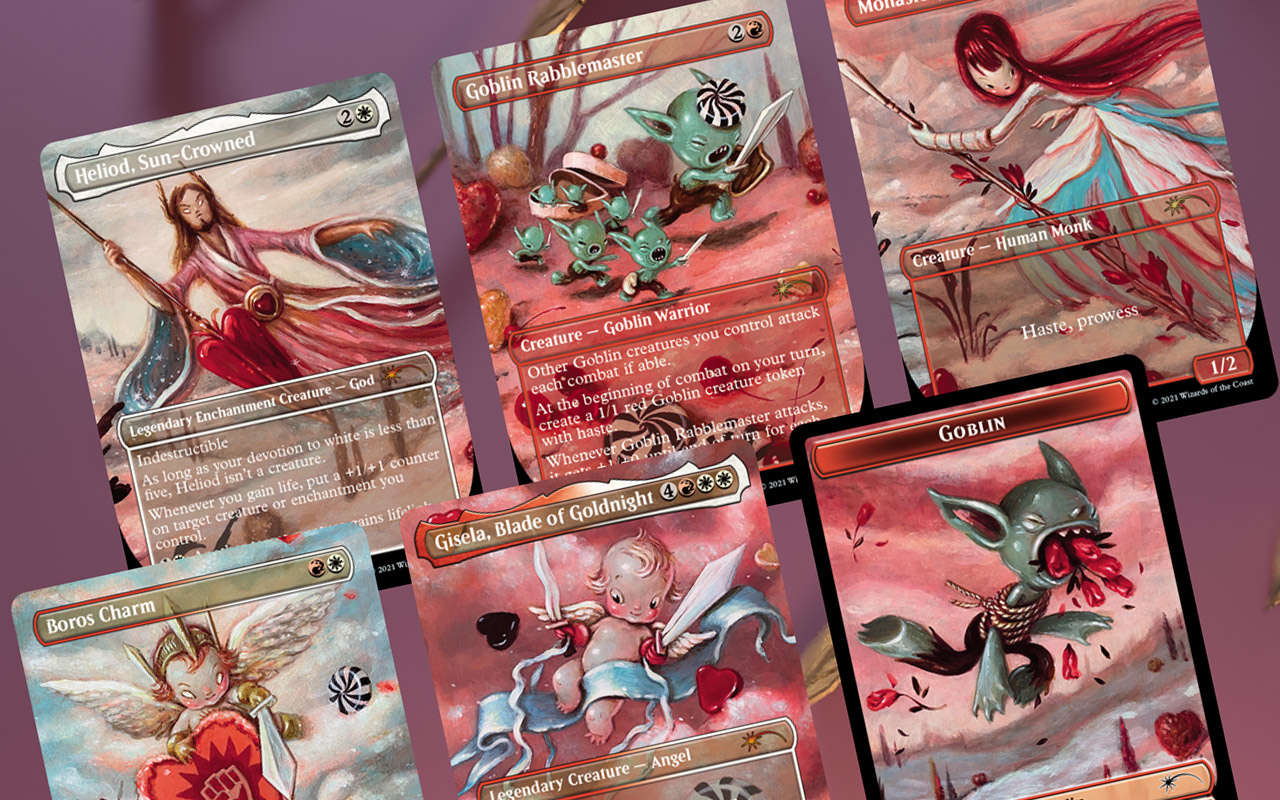 A two-part set will be released in both foil and non-foil iterations, both for Kaldheim! There’ll be a Showcase: Kaldheim – Part 1 with “blue and green titans reworkd in Kaldheim’s unique showcase frame”. This set will have artwork by Richard Luong, Christopher Lovell, and WolfSkullJack. 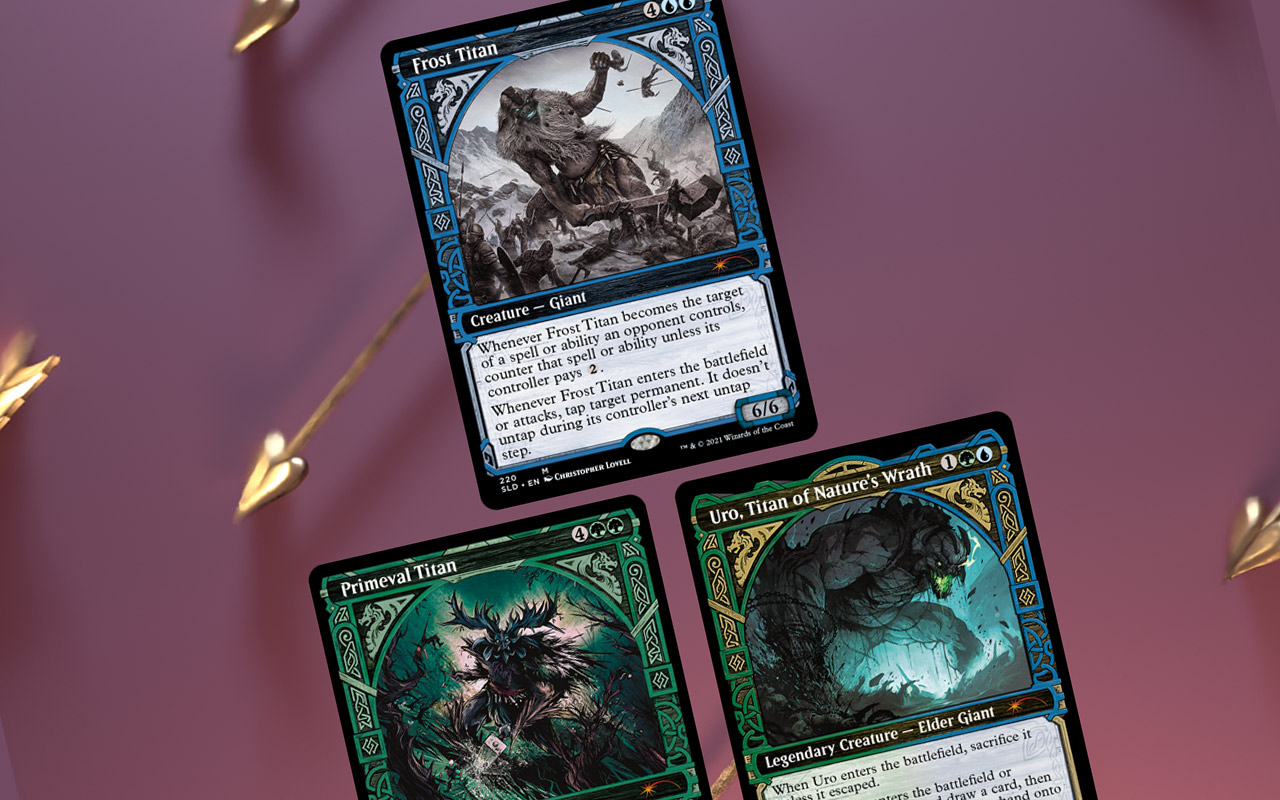 There’ll be a Showcase: Kaldheim – Part 2 for the same price, this time for black and red titans reworked in Kaldheim’s unique showcase frame. This set works with artwork from Dibujante Nocturno, GodMachine, and DZO! 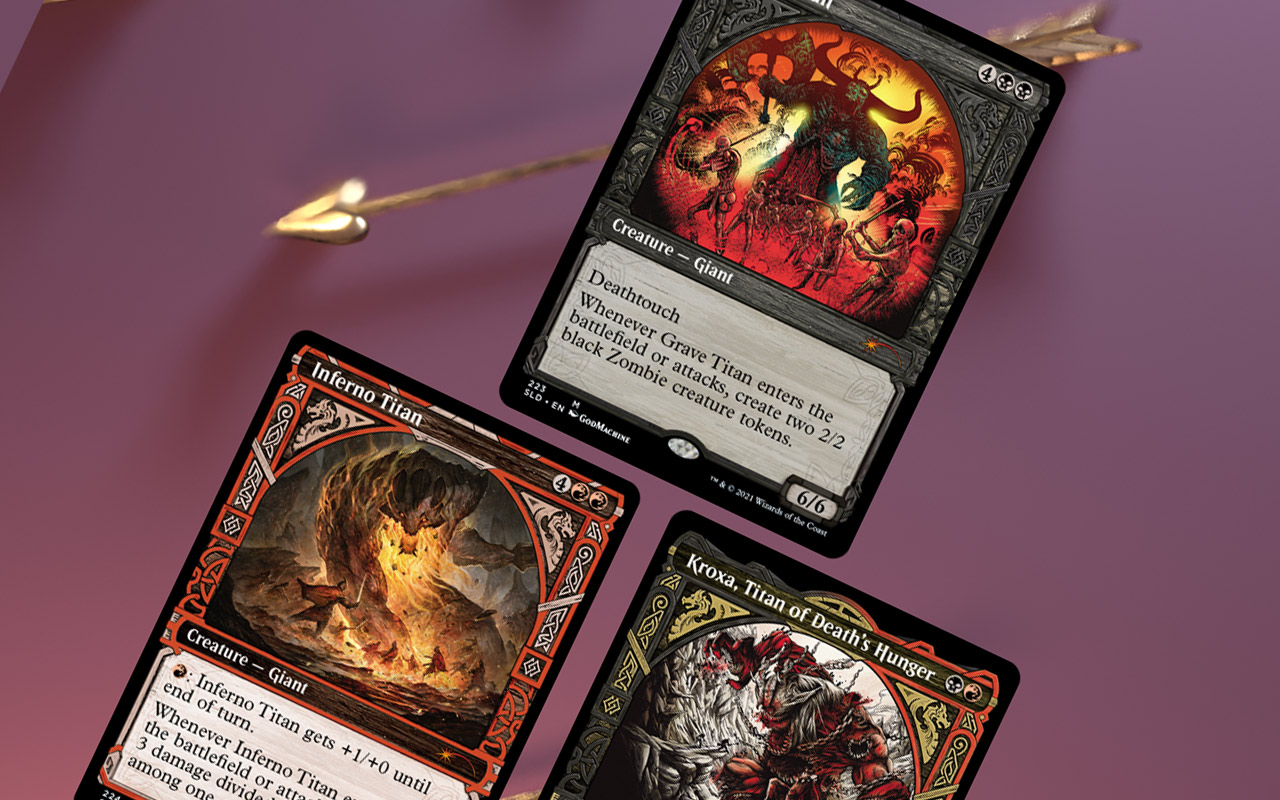 There’s an all-inclusive “Smitten Superdrop: All-Our-Love Bundle” that’ll cost a cool $259.91 USD. That’ll include one of every “drop” in the Smitten Superdrop, in both foil and non-foil editions (where applicable). You’ll find a whole lot of these cards – maybe even the whole bunch – over at the Magic: The Gathering Secret Lair throughout the month of February.