Over the past few days, the once-dormant Twitter account for 2K’s Mafia game series has come back to life, publishing one cryptic, single-word tweet each day. It was clear from the outset that 2K was gearing up to make some kind of announcement, but what it was planning to announce was more uncertain. Today, we finally know: 2K is remastering the Mafia trilogy and releasing it on modern platforms.

Die-hard fans may have already put that together by just looking at the tweets from the Mafia Twitter account, but in any case, Mafia: Trilogy – as this remaster is officially called – is now official. Unfortunately, 2K is guilty of making an announcement of announcement here, as all we got today is a 30 second teaser trailer; the full reveal, 2K says, is coming on May 19th at 9 AM PDT/12PM EDT. The end of the trailer does tell us that the trilogy is coming to PS4, Xbox One, Steam, and the Epic Games Store, so at least we have that.

While that’s all 2K revealed today, Microsoft may have jumped the gun a bit. Shortly after this teaser landed, Eurogamer discovered a pair of Microsoft store listings that apparently gave away some more information. The first listing was for Mafia: Definitive Edition, which included four screenshots from the title and listed a release date of August 27th. 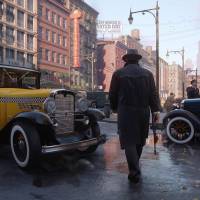 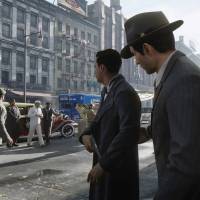 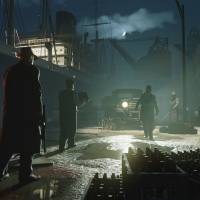 You can check out the screenshots in the gallery above, but Mafia fans may be more interested in that second store listing, as it apparently claimed that Mafia 2: Definitive Edition will be launching on May 19th – the same day that 2K is set to give Mafia: Trilogy a full reveal. Eurogamer says that it seems Mafia 2 is getting more of a remaster than a remake like Mafia 1 is, but unfortunately, both store listings have since been deleted so we can’t really check for ourselves.

So, there you have it: a remastered trio of Mafia games is indeed in the works and we’ll learn more about it next week. We’ll let you know what 2K announces on Tuesday, but it sounds like Mafia fans should keep their fingers crossed for a May 19th release date for Mafia 2: Definitive Edition.