If the current form of smartwatch devices feels lacking — a small touchscreen on the wrist with limited app functionality — here’s a wearable with the potential to really shake things up. The LumiWatch prototype projects an interactive interface onto the skin of the arm, turning it into a touchscreen. It’s developed by researchers at Carnegie Mellon University, and they say that the projection can create an interface that’s almost five times larger than today’s smartwatch displays.

The LumiWatch is a self-contained device that features a functional laser projector and depth sensor array, which allows the projected interface to be tapped and swiped on just like a normal touchscreen. There’s no traditional screen, but the 50 millimeters enclosure also holds a battery, logic board, and a set of red, green, and blue lasers. The 15-lumen pico laser projector is bright enough to be seen outside, and the touch interface can be as large as 40 square centimeters in size. 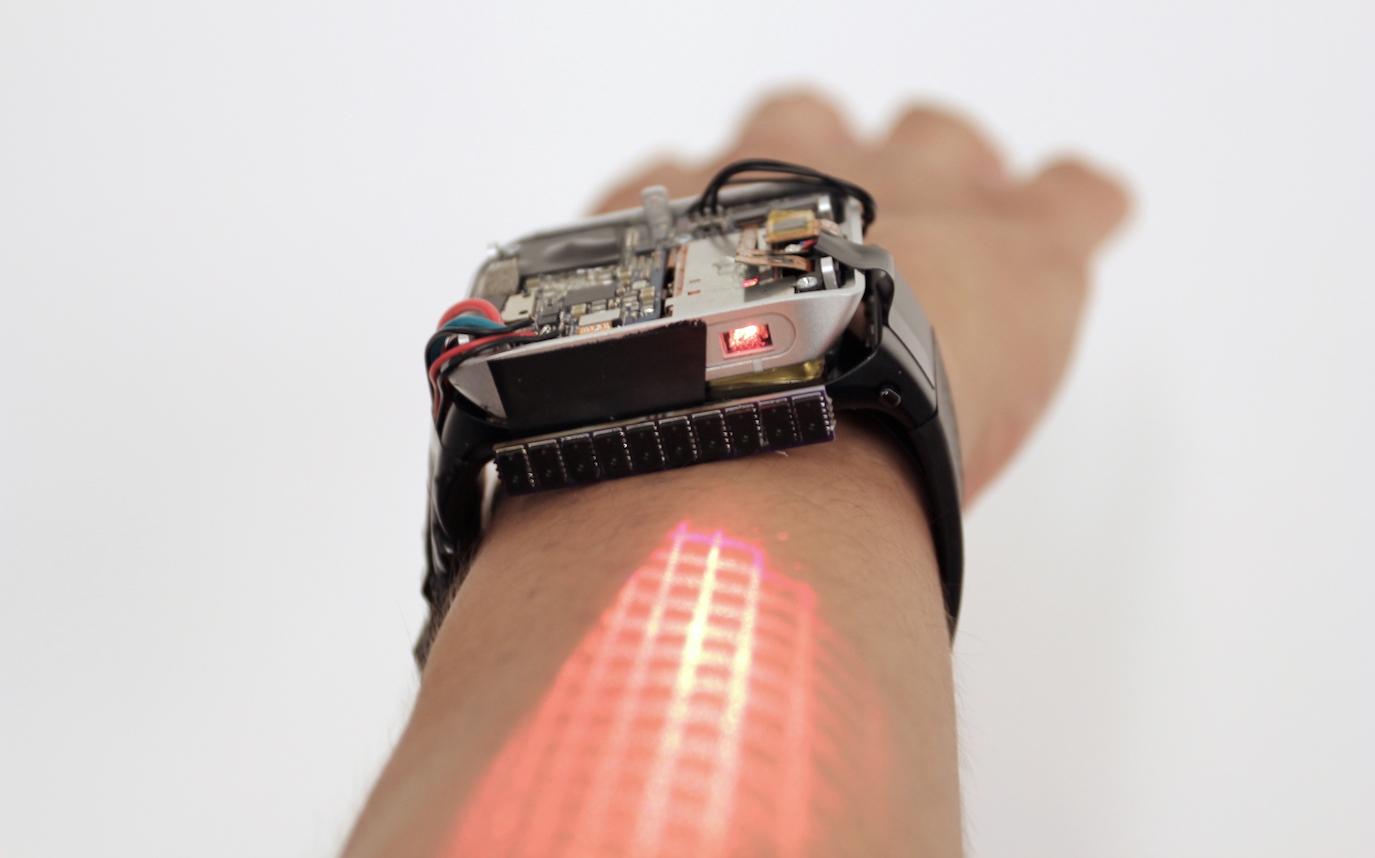 The rest of the components include a Qualcomm 1.2 Ghz quad-core CPU with Android 5.1, 768MB of RAM, 4GB of memory, and a 740 mAh lithium-ion battery which the researchers say offers enough juice to power the watch for over an hour with continuous projection, or around a full day with occasional use. There’s also Bluetooth and Wi-Fi support for good measure.

Carnegie Mellon University developed the LumiWatch with help from China’s ASU Tech Co. Ltd. What could be most exciting is the fact that the estimated retail cost of the prototype is around $600, easily making it comparable to the fancier smartwatches of today.

The LumiWatch prototype is much more usable than the usual tech demo, and the researchers say they believe it proves the projection system could be used in a fully functional smartwatch, but they also admit it has a long way to go before its consumer ready. In addition to addressing the device’s bulk, one of the obstacles is distortion in the projected interface as a result of the arm being an uneven surface.

This distortion problem is already addressed in part by the watch’s unlock gesture — a finger swipe to the left. The sensors track the finger’s movement and size, in turn calibrating the best angle for the projection to be made. Unfortunately the researchers still need time to perfect their custom software and hardware.