Lucid Air EV production is underway with deliveries in October

It’s unclear exactly how many Air EVs have rolled off the production line at this time, but reservations for the car have surpassed 13,000. Customer-quality Lucid Air electric sedans began rolling off the assembly line on September 28 at an event called AMP-1, which also featured a factory commissioning ceremony.

During the event, attending customers, investors, and media became the first people to drive the Air. Lucid says that those who reserved the Air Dream Edition will begin receiving vehicles in late October. Customer deliveries will ramp quickly after those initial deliveries.

Production of the other Air models, including Grand Touring, Touring, and Air Pure, will follow. In addition, the automaker has confirmed that it has increased the total production of its Dream Edition to 520 units. That number corresponds with the official range estimate given by the EPA for the Dream Edition of 520 miles per charge.

Lucid brags that number is more than 100 miles of driving range over its closest competition. Lucid has also stated, with customer-quality cars in production, the Air has been confirmed to meet all regulatory requirements by EPA and the US Department of Transportation. 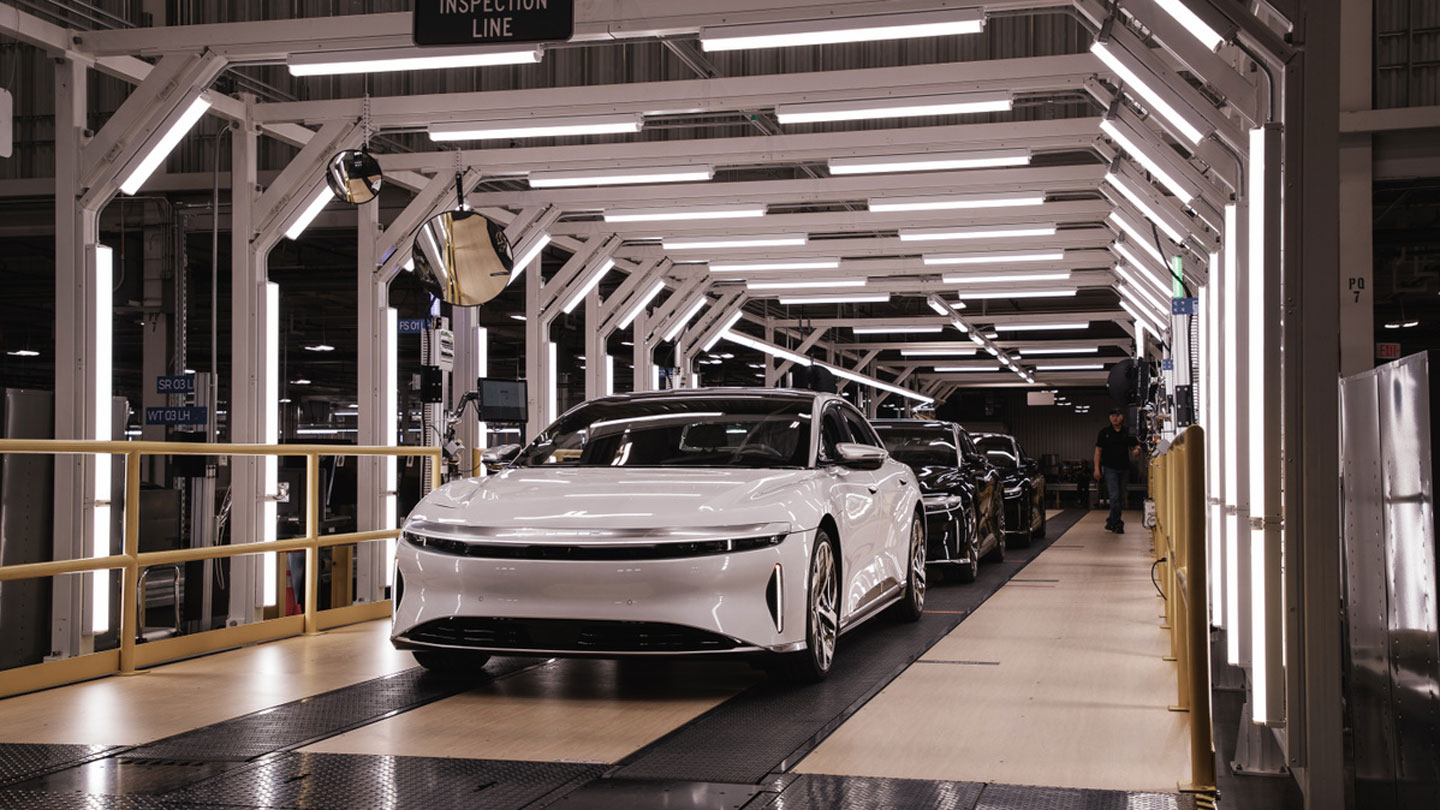 The EPA estimates the Air Grand Touring driving range at 516 miles per charge when fitted with the 112 kWh battery. Lucid is also currently expanding its factory located in Casa Grande, Arizona. The expansion will add 2.85 million square feet to the factory to increase Air production and support Gravity SUV production, which is expected to start in 2023.