If you thought that wearables like smartwatches and bracelets were the pinnacle of fashion and technology, Louis Vuitton would beg to disagree. The luxury fashion brand has just revealed a fusion that will leave you in awe and bewilderment, in both good and bad ways. Presented as part of its 2020 Cruise Collection, this “Canvas of the Future” adds real OLED screens on a duffle bag and a bucket bag which are sure to attract the attention of everyone, including less savory individuals.

Haven’t you ever felt the desire to showcase your style and interests on your accessories but were at the mercy of what’s available in the market? The desire to personalize designs on visible products is so strong that there have been a few crowdfunded campaigns on bracelets and shoes with e-paper screens just for that very purpose. If it can be done with footwear, why not with bags?

Louis Vuitton seems to think so and thus the Canvas of the Future was born. It is described as a fusion of “cutting-edge technology with the Maison’s signature savoir-faire, the new canvas displays moving images while taking the form of some of Louis Vuitton’s most iconic bags.” In short, these bags have full-color flexible OLED screens sewn on them.

The duffle bag shows two screens on the same side displaying separate video clips of different cities. The bucket bag, on the other hand, has one screen per side, wrapping around the cylindrical shape of the bag. Reportedly, this version uses a touchscreen instead of a plain non-interactive display. 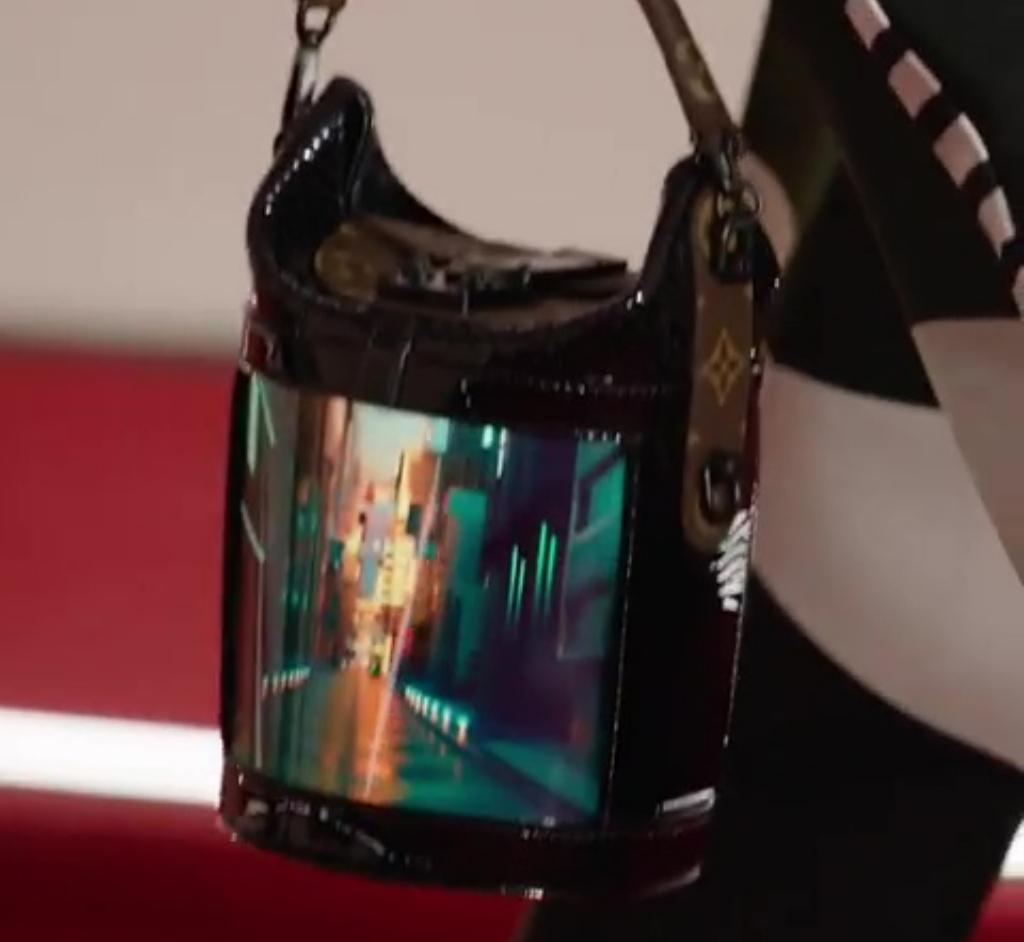 Don’t expect it to be the next big thing in fashion tech, though. Given the problems we’re seeing with foldable phones, these bags are likely to experience the same problems with their flexible OLED panels. These, however, could be giving a glimpse into the odd, screen-centric future we’re heading towards.