Lotus has unveiled what it calls the final evolution of the slick 3-Eleven. This version is called the 3-Eleven 430 and it has power bumped up to 430hp giving the lightweight car lots (and lots) of performance. Lotus says the car can hit 60mph from a standstill in 3.1 seconds on its way to a top speed of 180mph.

Power comes from a 3.5L supercharged V6 engine making 430hp and 440nm torque. The carbon fiber panels are attached to a bespoke extruded and bonded aluminum chassis. The car uses a straight-cut rear wing that is 50mm higher than previous versions. It has new end plates, a longer front splitter lip spoiler, and a flat floor with rear diffuser.

That all adds up to 256kg of downforce at top speed, 44kg more than previous models. It has a Torsen-type limited slip diff, Ohlins DFV one-way adjustable dampers, and Eibach adjustable front and rear anti-roll bars.

Lotus fits the car with 6 position variable traction control. Power goes to the ground via a 6-speed manual gearbox. The car rolls on Michelin cup 2 tires and Lotus promises it can make up to 1.5g of lateral acceleration. Only 20 of these cars will be built at £102,000 each. 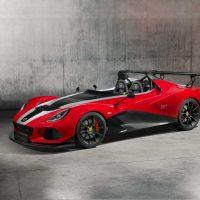 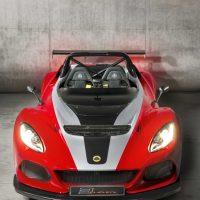 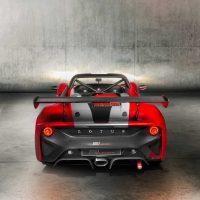 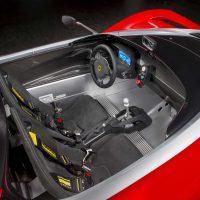 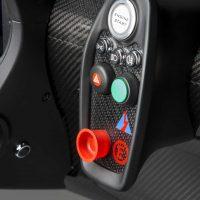