Smartphone cases are a mixed bag nowadays — some are great, some are good, and some are just pretty awful. On top of the fact that cases are a hotly-debated item in the first place, it’s pretty difficult for case manufacturers to get the attention of smartphone users, and only a few have done it successfully. Loop Attachment has made a pretty unique silicone case called the Mummy, and it’s arrived just in time for Halloween. I ended up trying one out for myself to get a first impression and see how well it worked.

Personally, I don’t use a case on my phone since I’m not a huge fan of them to begin with. However, the Mummy case got my attention pretty quickly, and it’s one of the few cases that I was excited to actually try out. Obviously, right away you’ll notice the back of the case makes it look like the phone is wrapped with mummy wrappings (hence the name). The Apple logo and the “iPhone” are still visible, which is some clever design work to say the least. The mummy wrappings also serve another purpose besides just looking cool. You can stick credit cards, IDs, or cash in between the case and the phone, which also makes it a great makeshift wallet.

As with any silicone case, it can be a little difficult to slide your phone in and out of your pocket due to the rubbery texture, but the Mummy actually felt less rubbery, and it slid into my pocket a lot easier than most cases would. However, just like with any case, the Mummy does add a little bit of thickness to the iPhone, which gets rid of one of the features that makes the iPhone appealing in the first place. It can take time to get used to the size difference, but if you love the thinness of the iPhone, you’re probably not even using a case anyway. 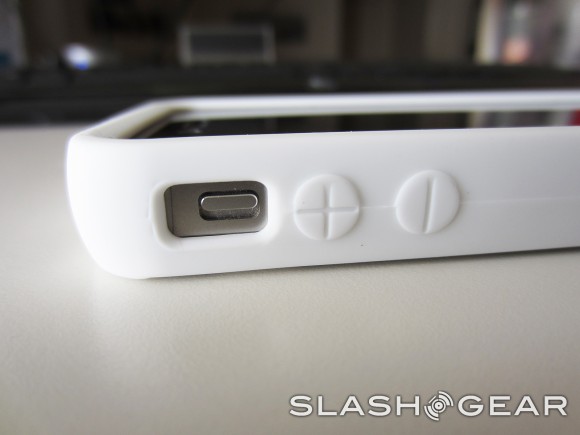 The button “extenders,” so to speak, for the volume and power buttons work surprisingly well; they don’t take any more effort to push than normal, which can’t be said with most other iPhone silicone cases sadly. The opening for the ring/silent switch just above the volume buttons is a bit off, but that’s only because the case is catered towards both the iPhone 4 and 4S, which have slightly different placements when it comes to that small switch — not a huge deal there. 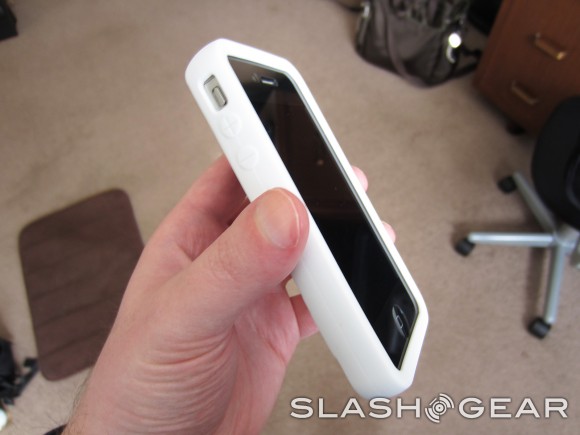 I did find it a bit of a nuisance trying to fit a credit card into the back of the case. Loop didn’t make it easy, since you kind of have to jimmy it in pretty good. There were even times where I was afraid I was going to scratch up the back of my iPhone with my credit card. Cash is even worse, since it’s more flimsy than a card. The trick is just to lift up the flaps and slide it in as best you can.

Overall, if you’re looking to get a minimalist and stylish silicone case for your iPhone, I’d probably tell you to get this one, despite the couple of very minor flaws. The case is well built, looks great, and has a one-of-a-kind unique Halloween theme that also works year-round.

Loop Attachment makes the Mummy case for the iPhone 4, iPhone 4S, and the new iPhone 5 (pre-order only). The iPhone 5 version will be available early next month for a special introductory price of $20. The iPhone 4/4S version costs $25, or you can get a bundle of three Mummy cases for $60.