London School of Economics analysts: Piracy is good for business

Pirates, you have scholarly advocates in the London School of Economics. The LSE’s Media Policy Project has published a report entitled “Copyright & Creation: A Case for Promoting Inclusive Online Sharing”, and it argues that copyright infringement is not harming the creative industries nearly as much as is common believed. The authors even go so far as to assert that putative laws aimed at curtailing the “inclusive collaborative digital culture” actually stymies artistic expression and, by extension, the industries’ long-term economic prognosis.

Citing global market figures, the MPP report observes that while the creative industries have seen an overall stagnation over the past 15 years, they have not experienced the drastic decline prophesied by industry executives and talking heads when Napster, Kazaa, the Pirate Bay, et al brought file sharing into the limelight. Declining sales of CD and vinyl—attributable to a variety of factors, like, say, a devastating global recession affecting every industry on the planet—have been largely offset by revenues from digital music downloads, live performances, merchandising, and other streams. 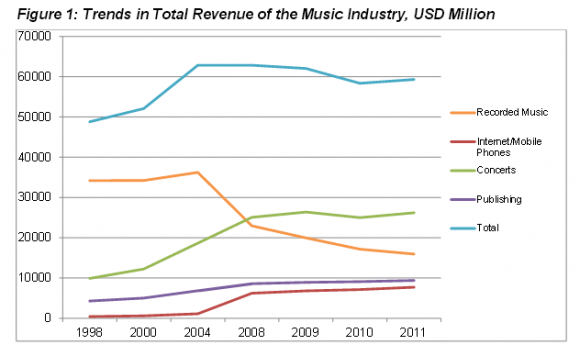 Perhaps most telling of all is the fact that digital now eclipses physical in terms of profits, as of 2013: “Revenue from online sources including recorded music sales, streaming, online radio, subscriptions and other is increasing,” says the report, “both absolutely and as a percentage of overall revenue.” 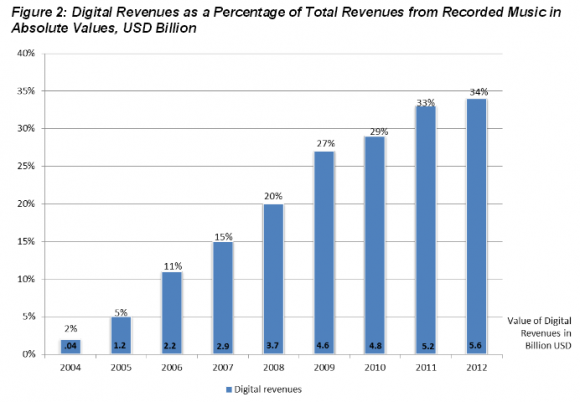 “Copyright & Creation” also chastises public policies aimed at curtailing copyright infringers through warnings, Internet disconnection, website decommissioning and more serious punishments, pointing to anecdotal evidence from around the world suggesting that such measures do nothing to slow piracy or help the creative industries claim in any way.