The iPhone has already propelled casual gaming into one of the biggest app segments in the industry: now, with iOS 7 and the Logitech PowerShell gamepad, those apps are getting the controller they’ve been crying out for. Building on the new MFI (“Made For iPhone”) controller profile that’s part of iOS 7, the $99.99 pad offers a familiar set of controls to clip around an iPhone or iPod touch, as well as a backup battery good for roughly a full charge. We grabbed some hands-on time ahead of the launch; read on for our first impressions.

Third-party gamepads for iPhone have been attempted before, but with the MFI API they can finally get the official Apple stamp of approval. The profile basically makes for a common language for controllers and games to speak, so for compatible titles – 300+ right now, but increasing every day – it’s simply a case of clicking the iPhone into place and starting to play. 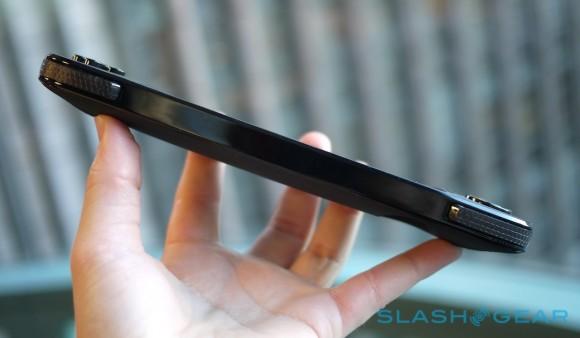 Logitech’s PowerShell builds on a design intended for developers; in fact, the company produced the dev-hardware that Apple has been distributing this year. Although Logitech wouldn’t say exactly how many such dev units were in the wild, it did confirm that “thousands” had been given out.

The hardware itself uses a double-injection molding process, with hard plastic for the frame and outer edges, and inset rubber for the front and back. Logitech asked us not to take photos of the rear of the Powerpad, since the design may be tweaked a little before launch, but it’s effectively a broad expanse of firm, textured rubber, with slight grooves for your fingers to grip. 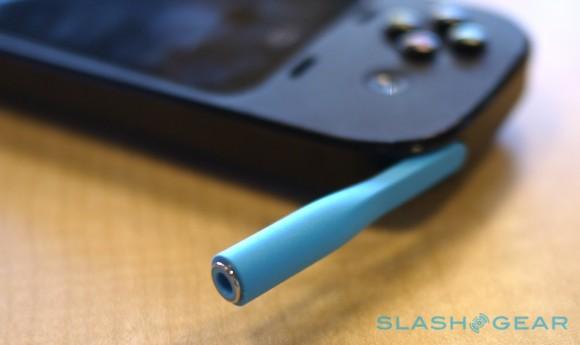 On the front, there’s a D-pad and four buttons – A, B, X, Y – while two trigger keys are on the shoulders. All can work in either analog or digital modes, depending on the needs of the game; some titles also support switching off the D-pad and using the iPhone’s accelerometer for navigating through the game, though still allow you to fire using the physical keys.

As you might hope for a hundred-dollar controller, the keys are sturdy and firm, with just the right sort of response under your fingertip. If you’ve tried a recent Logitech pad for PC, they’ll be very familiar. 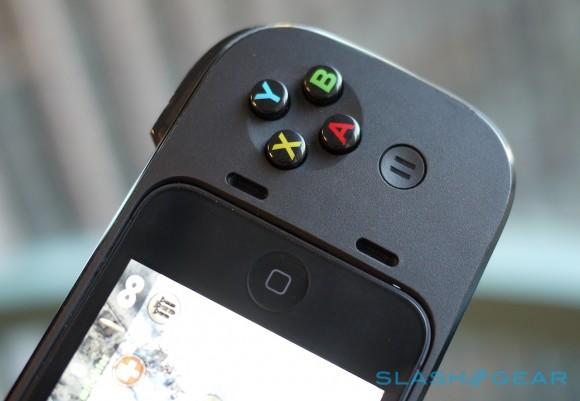 Inset into the back is a “G” logo – for Logitech’s gaming-centric sub-brand – which lights up blue when you first power on the controller (then shuts off shortly after, to save power). It turns red when the internal battery is down to 20-percent or less. Logitech says six hours hooked up to a microUSB charger is enough to charge both the phone and the controller, with the iPhone given priority.

When you’re out and about, meanwhile, a switch turns on the local recharging, using the 1,500 mAh battery to top up the iPhone’s battery. Logitech says there’s roughly enough onboard for a full recharge to take place (though if you drain the controller’s power completely you won’t be able to use it; there’s no way to run it off the iPhone’s power). 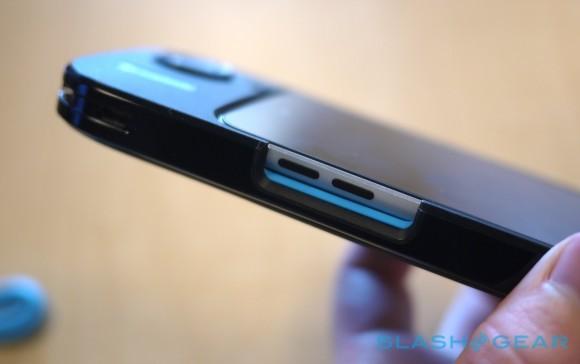 Logitech throws a few accessories into the box, including a clever headphone adapter with a long, angled neck. This slots into a hole on the right side, plugging into the iPhone’s headphone jack, while the angled design means your headphones exit down between your hands rather than digging into your right palm.

In fact, all the buttons and ports have been left free. There’s a cut-out on the back for the camera and flash, along with another cut-out on the side for volume and mute. Holes allow sound from the speakers to exit, while a slightly inset toggle presses the power/lock key, just in case you want to turn the iPhone on or off fully. An insertable rubber spacer-mat allows the Powershell to be used with the thinner iPod touch. 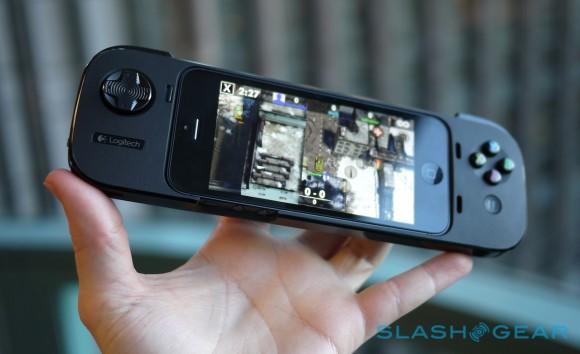 Since iOS isn’t the only popular platform out there, we asked Logitech whether it had similar plans for an Android version of the controller. Unfortunately, the company told us, while it does believe Android gaming is going to be just as significant a market as on iOS, the range in sizes, shapes, and port designs of Android phones means designing a Powershell is fraught with frustration. Not to say it won’t happen, just don’t expect it any time soon.

That’s quite unlike the iOS gamepad, however. The Logitech PowerShell hits shelves from today, priced at $99.99.