The trend in computer-centric workspaces for the past years has been to declutter desks by either hiding those pesky cables or by going wireless. Of course, wireless keyboards and mice are nothing new, and they come in all shapes, sizes, and types of connectivity. Bluetooth peripherals save you USB slots but often at the expensive stability, while wireless receivers sometimes tend to be less secure despite their stronger connections. Logitech is now trying to combine the best of both worlds with a new Logi Bolt technology that basically uses a USB Bluetooth dongle to establish a secure wireless connection.

Logitech has quite a number of Bluetooth keyboards and mice available, and for some people, those are all they need to get started. Bluetooth connections, however, can sometimes be flaky and have limited reach, which is why some prefer to use the typical “wireless” peripherals that require a USB receiver. Those USB receivers, however, have proven to be less secure, which is a big no-no when using them in an enterprise setting.

The new line of Logi Bolt keyboard and mice can connect to computers directly using Bluetooth, but connecting through a Logi Bolt USB dongle instead brings massive benefits, according to Logitech. The biggest is security, with the dongle using Bluetooth Low Energy Security Mode 1, Level 4, compliant with the US Federal Information Processing Standards (FIPS). This encrypts the wireless connections so that hackers will find it harder to read keystrokes off wireless keyboards.

Logi Bolt also offers improved wireless connections even in congested spaces with many Wi-Fi access points or wireless devices. Unlike a traditional wireless USB receiver, a single Logi Bolt dongle can pair with up to six devices. Despite being a Bluetooth receiver, the Logi Bolt can’t be paired with non-Logi Bolt devices, further improving its security. 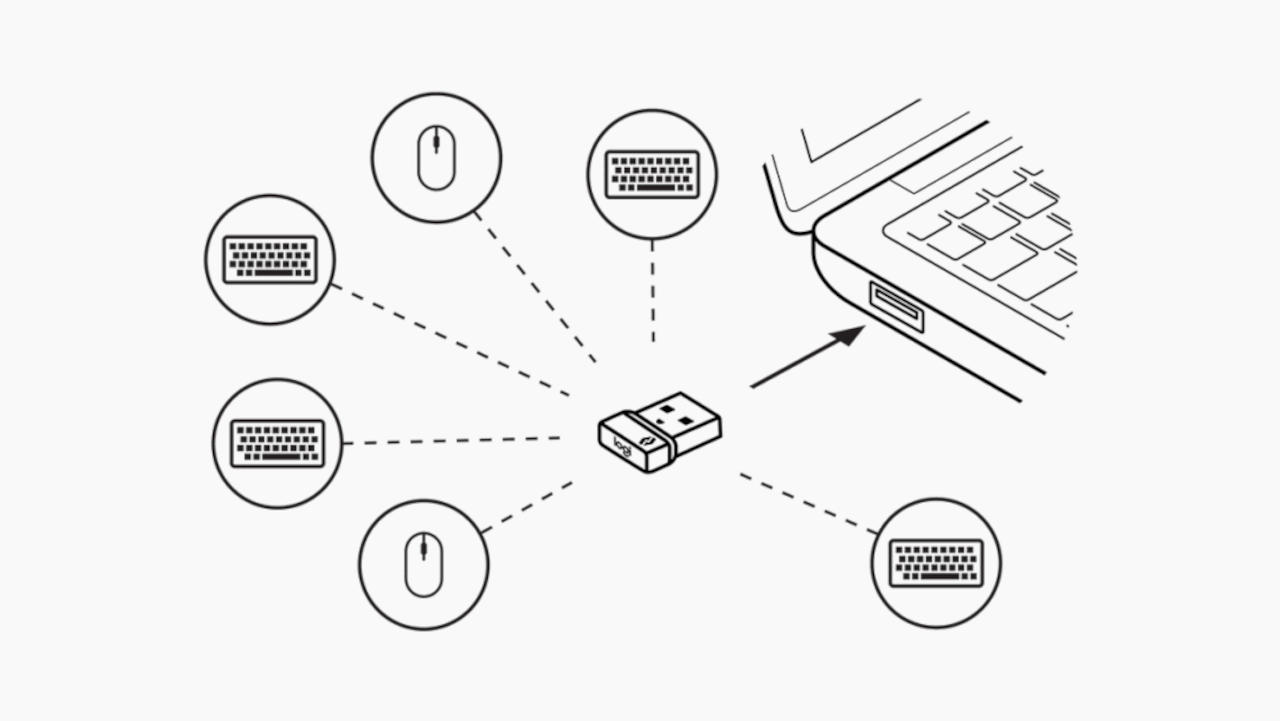 As attractive as it may sound for businesses, Logitech Logi Bolt does require investing in keyboards and mice that are compatible with the new technology. The first accessories are expected to go on sale this month, with the Logi Bolt USB receiver costing $14.99 when purchased on its own.