Streamers and video call enthusiasts (if that’s even possible) all around the world can rejoice: Logitech has just announced the release of a new streaming light. Logitech Litra Glow promises to deliver soft, natural lighting that is flattering for all skin tones. More importantly, Logitech teased that the new light will be easy on the eyes—even for those who stream for hours on end.

“We designed Litra Glow to solve common challenges faced by streamers and content creators, including light quality, harsh shadows, and eye fatigue from long hours of streaming,” said Jasmine Apolinar, Product Manager for Logitech for Creators. Anyone who has ever used extra lighting for filming videos or streaming knows that these problems are definitely real. Streamers often spend upwards of eight hours a day in front of a screen, and adding extra lighting to that only makes eye fatigue worse.

To combat these common issues faced by content creators, Logitech set out to create a premium streaming light that offers high-quality lighting, but without being so big and strenuous on the eyes as many other similar products. The light is small and subtle, but Logitech assures that it will deliver adequate lighting. It’s also fully plug-and-play, so it gets the job done without much effort on the streamer’s part.

Aside from the high quality of the light itself, Logitech praises the fact that it’s certified safe for all-day streaming. Logitech suggests that they’ve run a test which exceeded 12 hours of constant exposure to Logitech Litra Glow, which is more than most streamers tend to spend on air, and the light proved to be “safe to use.” They went so far as to say that this UL test proved the light presented “No Photobiological LED Hazard.” 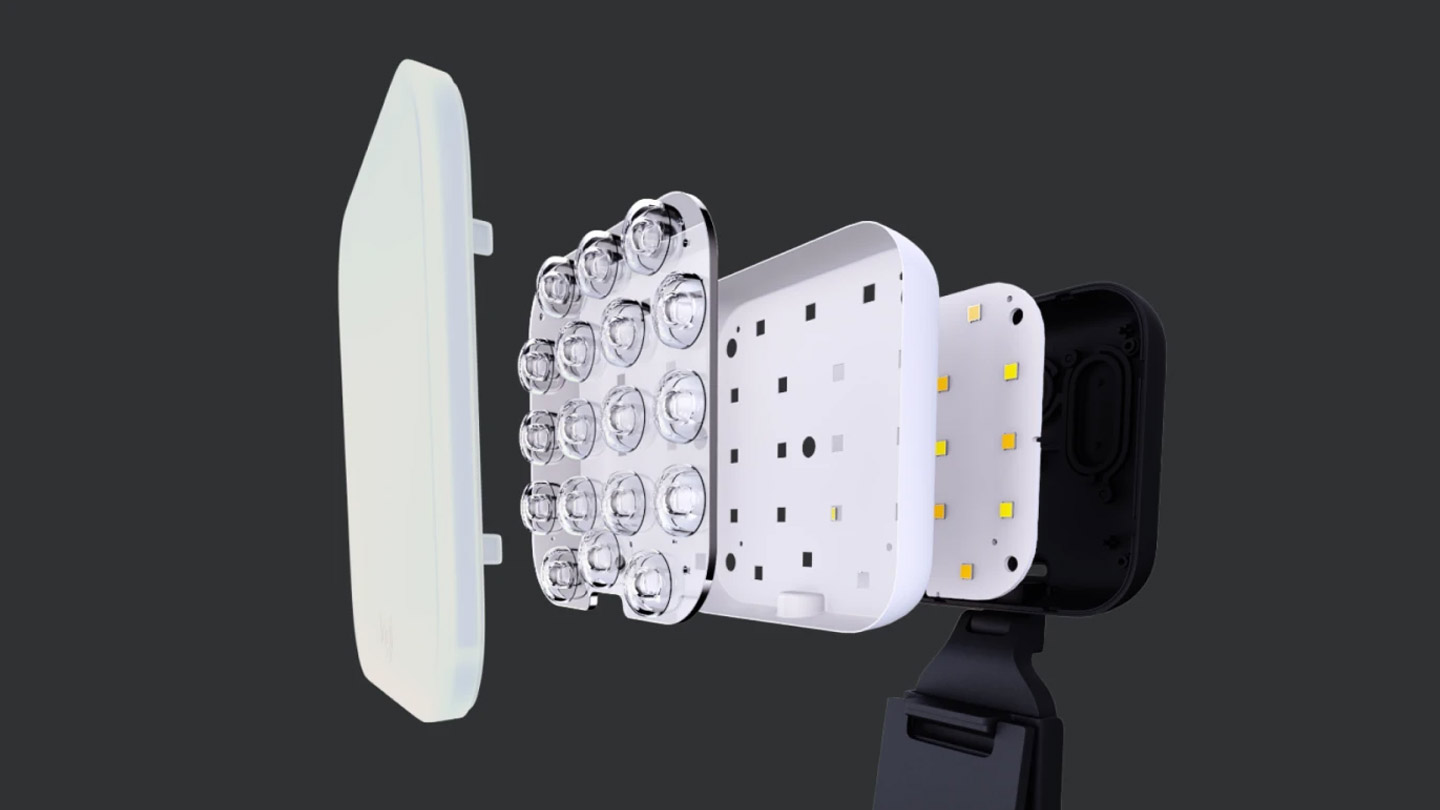 Logitech Litra Glow delivers high-quality lighting with TrueSoft technology. Logitech promises that the use of TrueSoft should ensure balanced, full-spectrum LED lighting without making the streamer look harsh or washed out. Logitech suggested that the light is complementary to every skin tone and can be adjusted to match the needs and preferences of every individual.

The streaming light comes with five lighting presets that alter the brightness and the color temperature, with options ranging from warm candlelight to cool blue tones. All of these options can be adjusted via Logitech’s proprietary software, G HUB. G HUB also allows streamers to make their own light presets and then bind them to their keyboard for quick mid-stream swaps. However, this can only be done with a Logitech keyboard.

The company shared a few testimonies from content creators who have been sent samples of Litra Glow to test. Although it’s difficult to judge how accurate the reviews are, one recurring sentiment is that the light is strong enough to use on its own—even despite the small size. It should make for a decent option for frequent travelers or people who don’t like the nearly Photoshopped look provided by some ring lights.

Logitech Litra Glow should be quick and easy to set up. It comes with a monitor mount that offers adjustable height, rotation, and tilt. The light is set to release sometime in January 2022, starting at $60.