Logitech has outed its latest peripheral, the G600 MMO Gaming Mouse, encrusted with buttons to give massively multiplayer online gamers plenty to keep their fingers busy. The G600 includes a total of twenty buttons, a dozen of which are clustered together into a contoured panel on the side of the mouse, and while Logitech ships them pre-programmed by default, they can be customized to any choice of function or macro.

The three profiles pre-set include two for MMOs and one expected to be used in general gaming. No special drivers are needed, either, and there’s a G-Shift control to double the functionality for each key. The G600 itself has onboard key-memory, so that even if you plug it into another machine it will still have your personal settings. 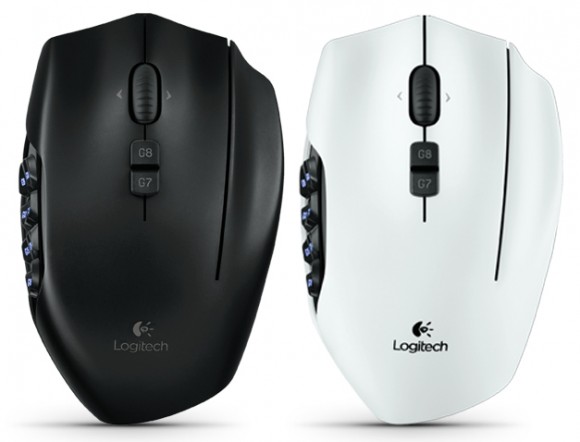 All of the buttons are LED-backlit, and can be set to a choice of 16m different hues (or left to cycle through them automatically). The 6.5-foot USB cable is cloth-wrapped, which Logitech says makes it more resilient, and it’s possible to change the DPI accuracy on-the-fly with up to five presets per profile.

Finally, the scrollwheel is tiltable and clickable. The Logitech G600 MMO Gaming Mouse is available for preorder now, priced at $79.99.