Logitech has made computer peripherals as long as the company has been around. It’s particularly well known for its keyboards and mice. Keyboards, mice, and gaming peripherals aren’t all the company makes. It also has a line of ergonomic trackballs aimed directly at people who can’t use a mouse for various reasons. Its latest product is a new sculpted ergonomic trackball called the Ergo M575 Wireless Trackball Mouse.

As you can see in the image above, it looks a bit like a traditional mouse with a bulbous ball protruding where the thumb would rest. Rather than moving the entire device as you do with a conventional mouse, the fingers work the scroll wheel and left and right buttons while the thumb moves the ball to control the cursor on the screen. 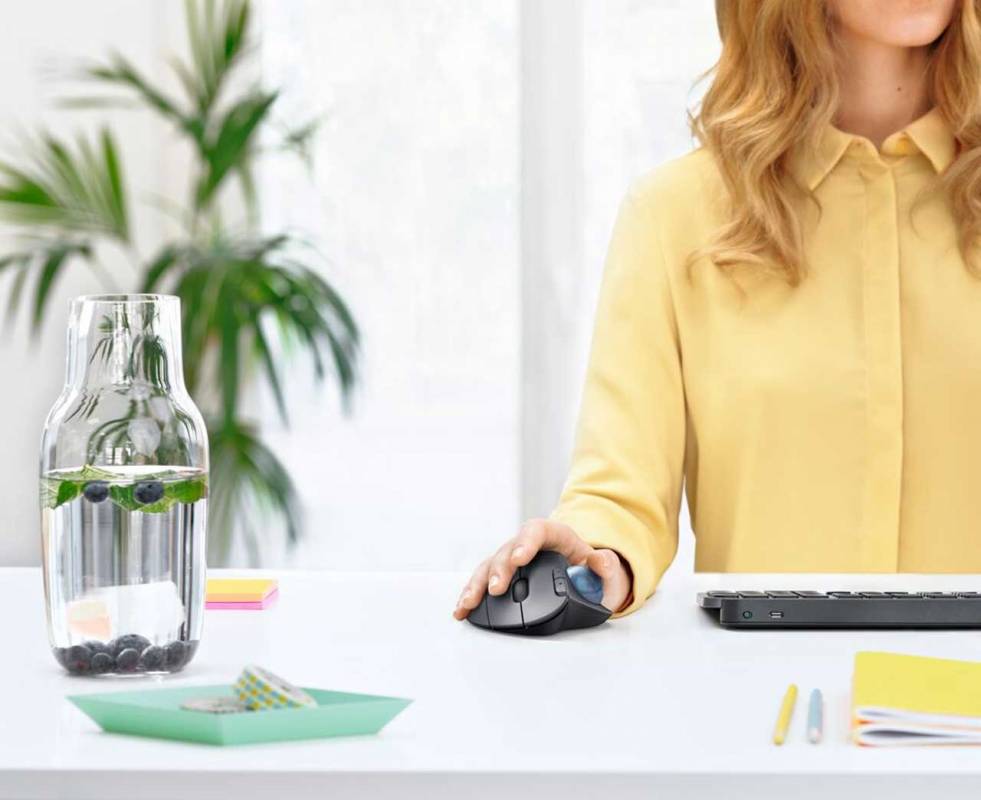 The M575 is aimed at people working from home with small spaces that don’t support a traditional mouse. It’s also ergonomic and might help people with wrist and hand issues thanks to the angled scroll wheel allowing fingers to be in a more natural, relaxed position.

Logitech says it offers palm support for a wide range of hand sizes and comes in off-white and graphite colors. It’s wireless, so no cords will clutter your desk area. It connects through an included USB receiver or via Bluetooth Low Energy. It supports PC, Mac, and iPad devices and gets power from a single AA battery promising to last for up to 24 months when paired via the wireless receiver.

Some of the components used to build the M575 are made from post-consumer recycled plastic. The graphite version has 50 percent recycled material, while 21 percent of the off-white version is recycled. Logitech also notes that it sources the paper packaging from FSC-certified forests showing its commitment to responsible forest management. M575 is available now for $49.99.