Little White Dragon is a robotic unicorn for kids

A Chinese automotive manufacturer called Xpeng Motors recently gave a look at a future mobility device aimed at kids. The company plans to launch a robotic four-leg robotic unicorn that it believes will become the first smart vehicle for use by children. Xpeng Robotics designed the robot called Little White Dragon.

The robotics division will also help the company build a robotics ecosystem based on its smart EV business. The robotic pony has power modules, motion control, intelligent navigation, and intelligent emotional interaction capabilities. Interestingly, no actual live prototype of the robot has been shown off this time.

So far, the company is only shown Little White Dragon in photos and video. All hard specifications for the robot are a mystery. However, we did get a good idea of how large the robot will be based on one of the photos that shows it with a child. 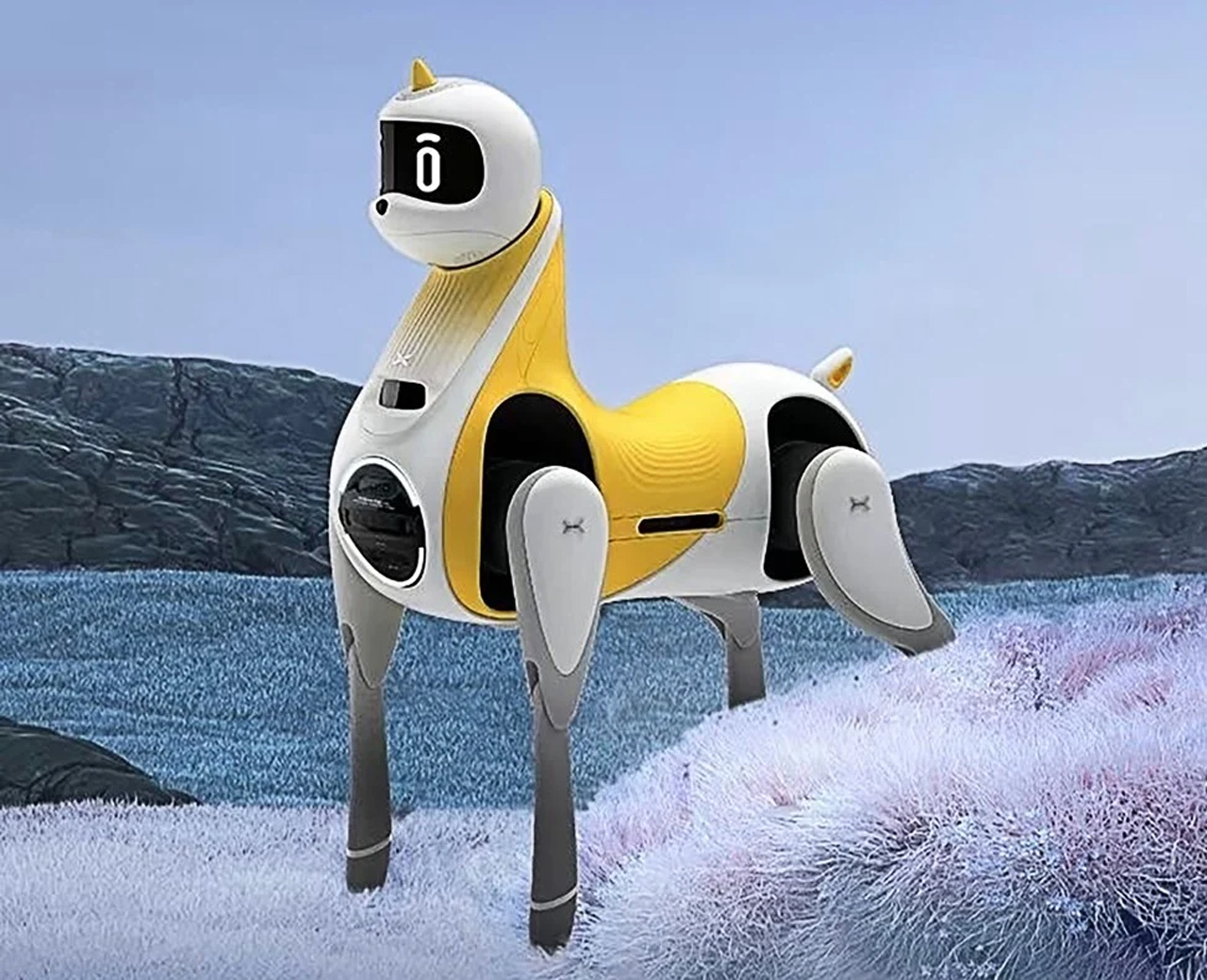 However, it is very difficult to tell how large the child is to get a size comparison. Xpeng also did not indicate when the robot would go into production or when it might be available commercially. Pricing is also a mystery. Looking at the design and considering the robot is positioned as a first smart vehicle for children, the assumption is it’s designed to be ridden.

While the robot is highly stylized, it has some similarities to quadruped robots designed for military and other applications. Pricing will play a significant role in how popular Little White Dragon is. Hopefully, additional details on the robot will be offered by the company in the future.