If you’ve never had the chance to watch the original Cosmos with Carl Sagan, then I highly recommend giving it a watch. In fact, I suggest watching any of Carl Sagan’s work, as it is not only fascinating, but he has a voice that you can listen to for hours. His most famous speech is The Pale Blue Dot, in which he describes how small our seemingly vast world is, in comparison to the rest of the universe. One Sagan fan decided that the speech needed to be updated in the world of Grand Theft Auto. 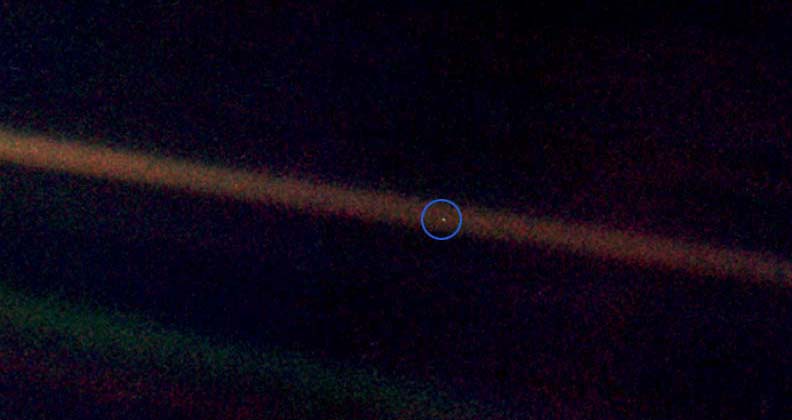 The Pale Blue Dot is actually a photograph taken by the Voyager 1 space probe on Valentine’s Day, 1990. The probe was passing by Saturn, and as it did, it took a series of photographs in Earth’s direction. The photographs had differing exposure times and color filters. Three of these photos were combined together, to get a perfect picture of the Earth, which showed up as a single pixel.

After seeing the photograph, Carl Sagan titled his next book after it, and offered up an entire passage dedicated to the single pixel in the photo that represented our entire world. Eventually he recorded an audiobook version, which you can hear in the video below.

Youtuber Duggy took a condensed version of this speech, and made a beautiful tribute to it using Grand Theft Auto V. This is easily one of my favorite speeches of all time. If you enjoy it, I’d recommend looking up his Cosmos series and give it a watch.