Linux on Windows: here are the distros in Windows Store

Technically speaking, it has always been possible to run different flavors of Linux on top of Windows. None of those methods have been easy, much less official. Especially considering how the old guard at Redmond was almost viciously antagonistic towards the open source operating system. So when Microsoft announced its efforts to bring a slice of Linux to Windows 10 via the Windows Subsystem for Linux, it was almost like hell froze over yet again and something that probably wouldn’t last. Now it seems that WSL is serious and seriously here to stay, with heavyweights like Debian and Kali Linux joining other Linux distros available on the Windows Store.

It’s not a full-blown Linux setup, depending on who you ask. If you’re looking for something like a full Linux desktop, with windows and graphics and stuff, best look elsewhere. The Windows Subsystem for Linux was created to keep web and server developers and administrators from having to use anything other than Windows 10 since they can have their beloved command line and Linux command line programs right then and there.

There are many flavors of Linux, formally called distributions, and each have their army of adoring fans. Rather than play favorites and risk irking the rest of the Linux community, Microsoft has decided to play the distro game and add allow those distros to be available on its Windows Store. Not all of them, of course, because that would be a logistics nightmare. Previously, it has been limited to Ubuntu, SUSE Linux, and openSUSE. This week, the roster welcomes two more popular names. 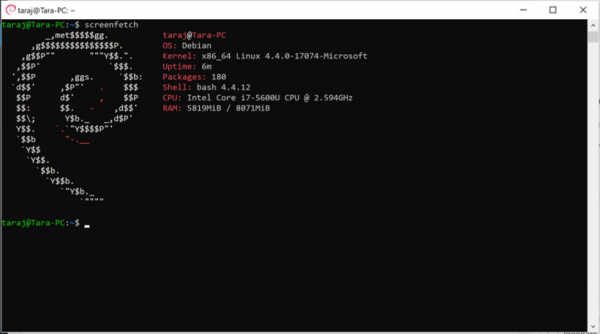 Debian GNU/Linux is like the granddaddy of Linux distros in more ways than one. It is one of the oldest, biggest, and still-existing distro. It is also one of the slowest moving, due to its commitment to ultra stable releases (unless you dip your toes in faster-moving unstable branches). Kali Linux, on the other hand, is a lot newer but also more adventurous. It earned its reputation reputation for security and penetration testing tools.

Now there are five Linux distros available on the Windows Store:

That’s not even scratching the tip of the gigantic iceberg known as Linux distributions. But representing the major ones, it at least gives wary adopters some assurance that Microsoft is dead serious about loving Linux. Or, given the two’s years of animosity, maybe even increase the fear even more.