In that past, it was already enough to have a PC rig that was “good enough” to churn the numbers needed to produce high quality graphics on screen. As more games these days are played only or mostly online, it has come to past that gamers now also need “better than good” Internet connections as well. While Linksys can’t do anything about the quality of the connection coming into your house, it can at least do something about how that connection gets allocated to devices on the network. And with the WRT32X gaming router, you can make sure that your gaming PC gets the choicest packets, provided you have a Killer-enabled PC.

Hardcore PC gamers might already be familiar with it, but “Killer-enabled” isn’t exactly an adjective that describes how powerful a rig is. It specifically refers to networking product made by Rivet Networks to exercise more precise control of traffic through the network. When paired with a Linksys WRT32X router, this means that PCs with Killer networking hardware will be able to manage how much traffic is delivered to other devices. With a bias towards gaming, of course. 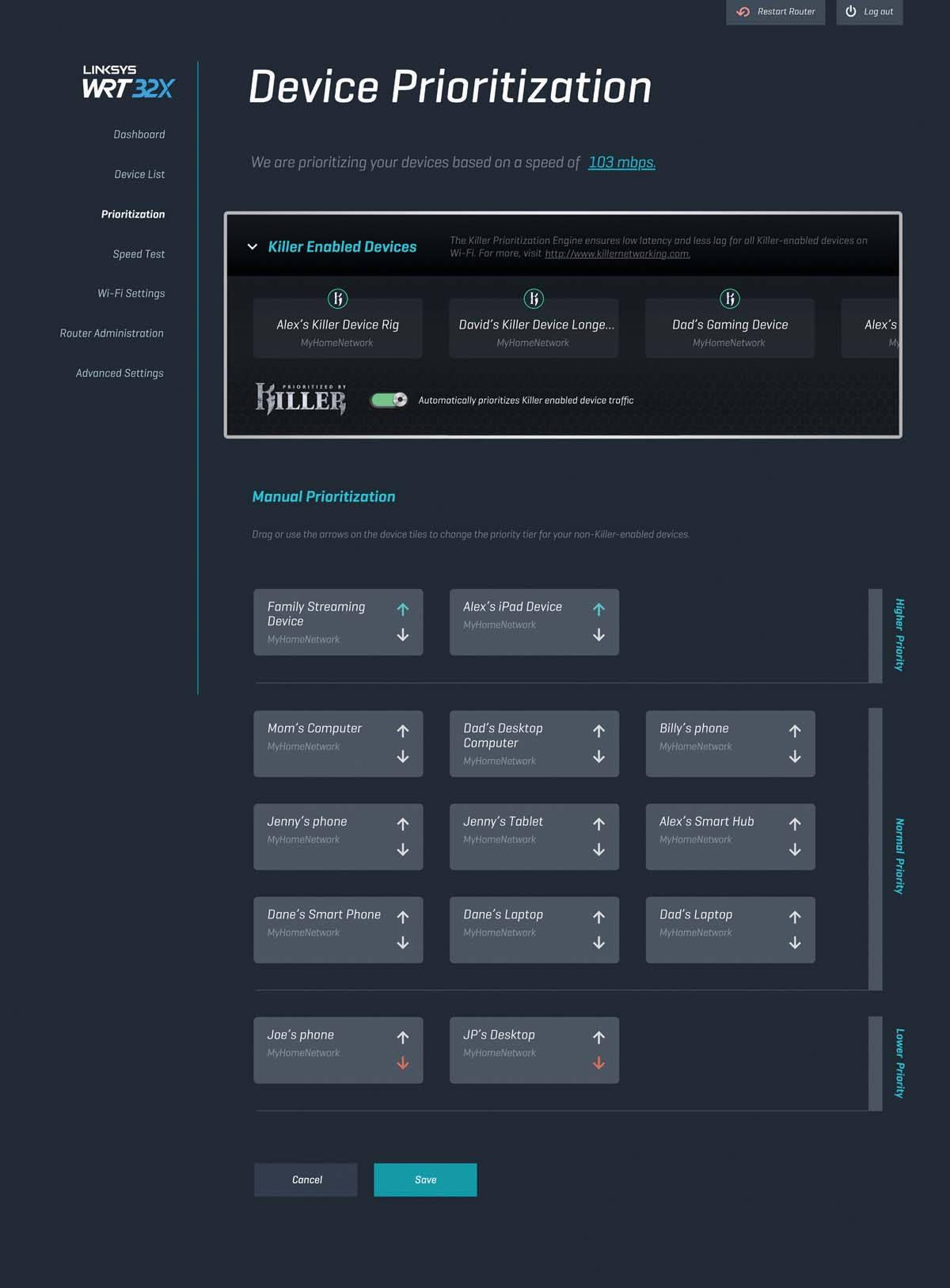 When a Killer-enabled PC starts a game, the Killer hardware on the PC tells the WRT32X to give that PC the best possible connection to ensure that game, audio, and video perform at their best. Of course, it tries to still give non-Killer devices a taste of the Internet, though not as much as the gaming PC. Conversely the user of the gaming PC can also tell the router that he or she is just downloading something not so critical so that other devices can get a break.

Aside from the Killer Performance Engine or KPE, the Linksys WRT32X is pretty much your killer (as in the adjective) high-end router, with a 1.8 GHz dual-core ARM processor, dual-band 3×3 MU-MIMO 802.11ac, 5 Pro-grade Gigabit ports, and, for hardcore tinkerers, support for the open source OpenWrt firmware. The default firmware does have a new user interface streamlined for easy network management as well as use on mobile devices. 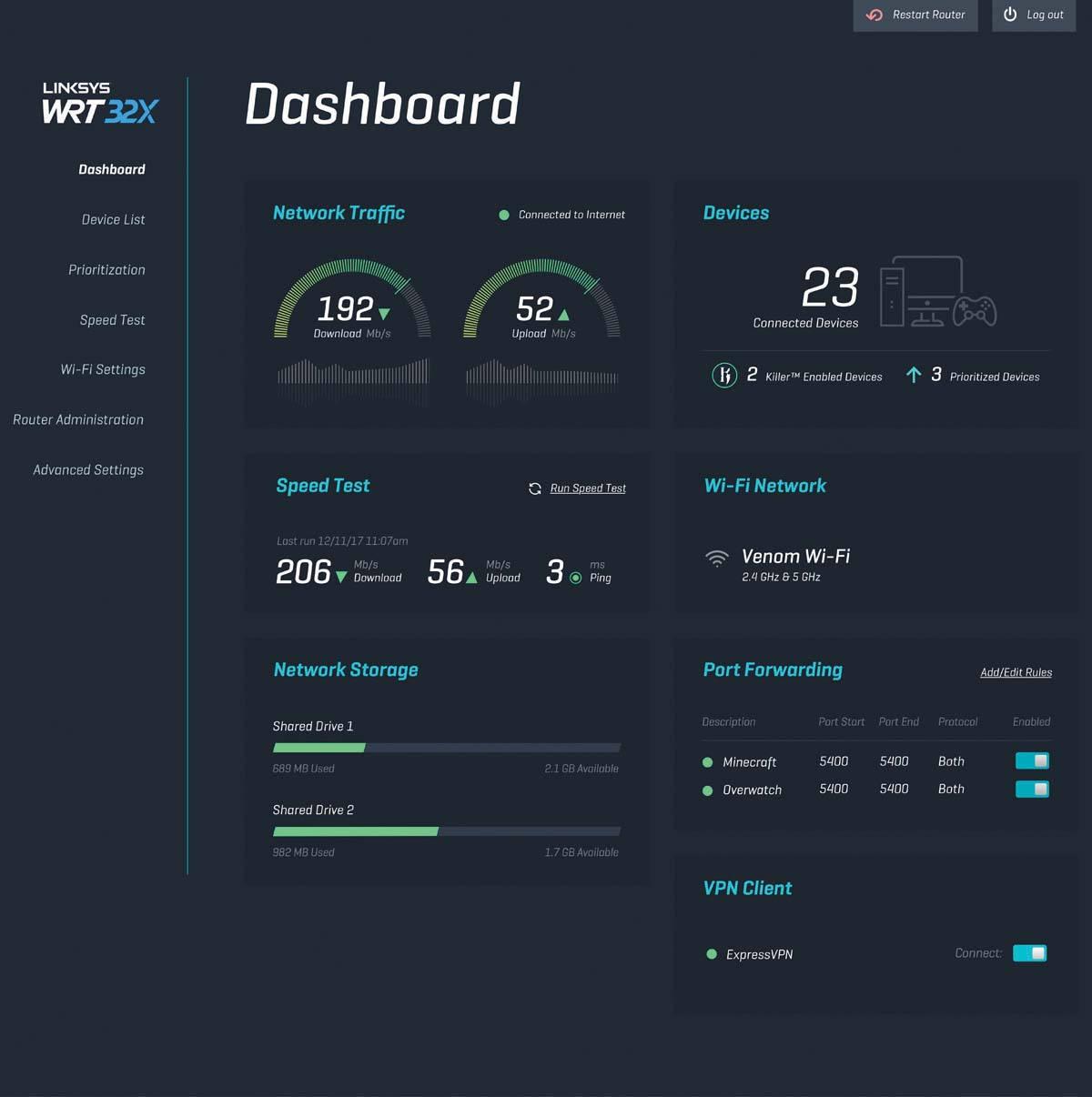 The Linksys WRT32X Wi-Fi Gaming Router is now on pre-order on Amazon, Best Buy, and Linksys.com. Shipping is set to start on 21st September. While the router alone does cost “only” $299.99, it does require having a Killer-enabled hardware on the other end. Fortunately, most gaming motherboards from Dell, Gigabyte, MSI, Razer, Acer, and Lenovo, among others, already support Killer Networking.