We have come to a point where regular home routers are no longer sufficient for, well, homes. Increased Internet use, multiple devices, and nontrivial room layouts require nontrivial equipment. That’s were WiFi meshes come in, expanding and extending your home network to accommodate all your browsing, streaming, and gaming needs. The latest to join that growing market is Linksys, who is expanding its Velop WiFi Mesh system with a new line that has one less WiFi band in exchange for shaving a few hundred dollars off the price tag.

The idea behind a WiFi Mesh is that each node, usually in a set of three, acts as a smart extender that makes it look like you just have one large network when, in fact, you’re jumping from one node to another. This allows a single WiFi connection to cover more ground, including dead spots. 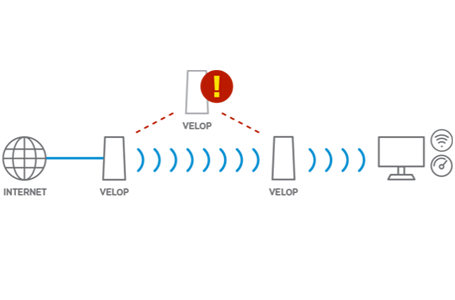 Linksys’ Velop system augments this basic feature with a few smart features. For example, it has a “self-healing” feature where the other one or two nodes will pick up the slack when one node is accidentally disconnected. Velop also learns from your usage to provide the best connection to devices depending on their specific need.

Unfortunately, the Linksys Velop WiFi Mesh isn’t exactly cheap. A set of three nodes will set you back $499.99, $449.99 with a discount. To help provide home owners with a more affordable alternative, Linksys is launching a new line of Velop nodes that compromises on just one thing. Instead of the standard Tri-Band capability, the new Dual-Band Linksys Velop only supports AC1300 WiFi on the 5 and 2.4 GHz bands. It’s also smaller, making it easier to place a node anywhere you like. 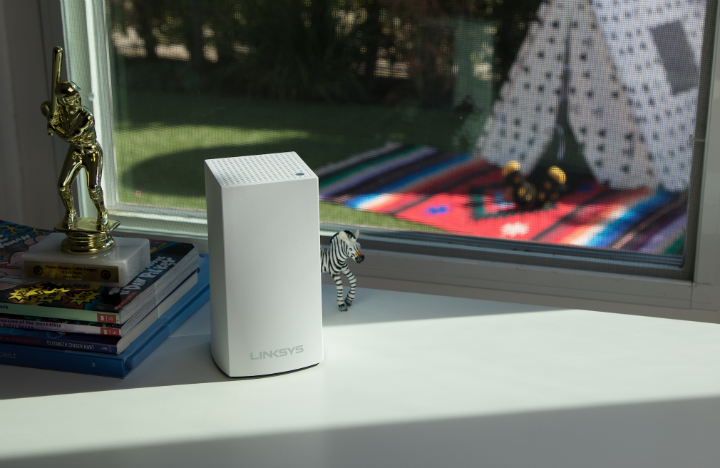