Sony has launched several limited edition audio devices that fans of the Final Fantasy game franchise might want to snap up. That is assuming you live in Japan where these devices are available to purchase. The Walkman is an A-series device officially called the Walkman A-Series Final Fantasy XV edition and it will reportedly be available to purchase in Japan starting tomorrow.

The Walkman will sell for 33,880 yen working out to about $300 in the US. For the money you get a 16GB device that supports Hi-Res Audio and has Final Fantasy characters on the back in pixel art. The pixel art on the rear isn’t all the Final Fantasy XV goodness though, inside the device has special icons which appear to only be special in that they are grey rather than white like the normal Walkman offers.

Sony has also announced Final Fantasy XV hear.on MDR-100A headphones that will sell for 24,380 yen or about $220. These appear to be plain black and the Final Fantasy tie in are large “XV” logos on the earcups. If you don’t want a set of over-the-ear headphones, a Bluetooth speaker will be available as well. 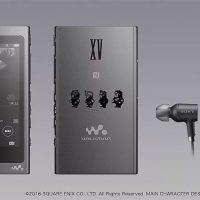 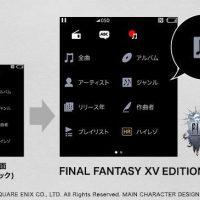 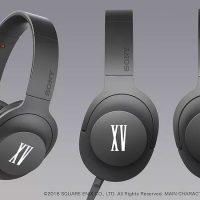 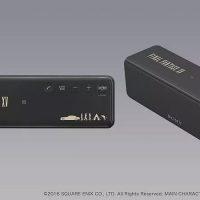 That speaker is the SRS-HG1 Bluetooth speaker and it will sell for 29,380 yen (about $220). The Bluetooth speaker appears to have the most Final Fantasy theme out of any of the products. It is a black rectangle that has “Final Fantasy XV” on the top and some silhouettes of characters and other objects from the game on the bottom corner. None of these products are expected to be available outside of Japan.