LIGO will get new mirror coatings to expand its reach

Since then, LIGO observatories in the US and a European partner facility called Virgo have worked to detect additional cosmic events. The goal of the research using the observatories is to solve mysteries about the universe, including how black holes form and what the universe is made from. The sensitivity of the observatories has a lot to do with the mirrors they use, and to improve their sensitivity, researchers are preparing to upgrade those mirrors.

The more reflective mirrors inside the observatories are, the more sensitive the instrument is overall. A new study by the LIGO team has developed a new mirror coating made from a combination of titanium oxide and germanium oxide. The new coating can reduce background noise in LIGO mirrors by a factor of two.

By reducing the background noise, the volume of space LIGO can probe increases by eight times. The new coatings should allow researchers utilizing LIGO to improve their gravitational wave detection from once per week to once per day or higher. Reducing vibrations in the mirrors is critical to making the instrument effective in its scientific tasks. 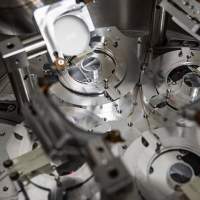 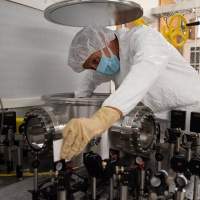 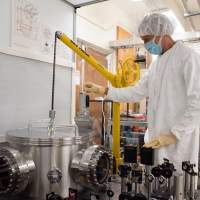 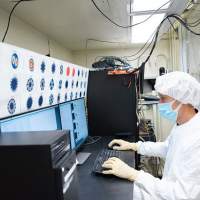 The researchers discovered their new coating dissipated the least energy, which is equivalent to reducing thermal vibrations. Researchers expect to use the new coating for the fifth observing run set to begin in the middle of the decade. The fourth observation run is currently underway, and it’s the last in the Advanced LIGO campaign.