If you’ve been a Star Wars fan for a long while, you probably had a lightsaber toy of some sort as a kid, even if it was just a fancy stick you painted neon green. If you feel that such toy ownership as an adult would be too awkward, ThinkGeek has a grown-up alternative: a trio of screwdrivers with lightsaber hilts. Officially dubbed the Star Wars Lightsaber Tool Kit, the trio feature handles from Luke’s, Vader’s, and Yoda’s lightsabers. 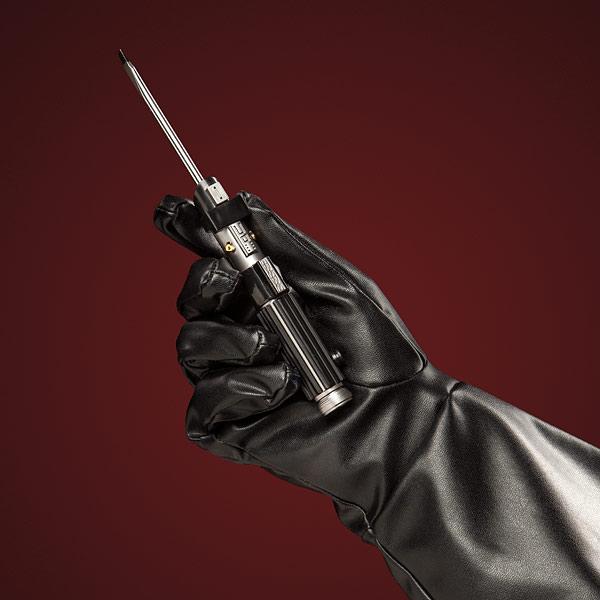 The 8-inch long flathead screwdriver features Darth Vader’s lightsaber hilt, and it is contrasted by the 8-inch Phillips screwdriver with Luke’s hilt. The third and shortest screwdriver feature’s Yoda’s hilt — whether that’s because Yoda is so short isn’t clear, though it looks like the flathead tip is smaller than the Vader screwdriver, making it more suitable for your smaller gadgets.

As with ThinkGeek’s many other Star Wars products, this one is officially licensed, and it was created by ThinkGeek. The item is available for purchase now at a cool $19.99 USD, but is only available to ship in the United States and Canada.