The fight for smart home dominance is a pretty stacked one, especially when it comes to cameras, but Lighthouse is hoping that a few standout features draw your attention to its own interactive assistant. Masterfully named Lighthouse, this new smart home assistant is launching out of Andy Rubin’s Playground Studio. At its core, Lighthouse is an Internet-connected security camera, but to leave it at that undermines what all it can do.

If there’s a driving theme behind Lighthouse, it certainly seems to be getting you the information you’re looking for quickly. Lighthouse is built on 3D and deep learning technologies that were developed for the DARPA Grand Challenge more than a decade ago, and because of this, it moves beyond the realm of what a standard camera is capable of.

One major feature of Lighthouse is its ability to report on activity you’re specifically interested in. For instance, you can tell Lighthouse to ping your phone when your kids arrive home from school. These alerts can be set up using natural language – “let me know when the kids get home” – and when they walk through the front door, Lighthouse will ping you along with an image of them arriving home. 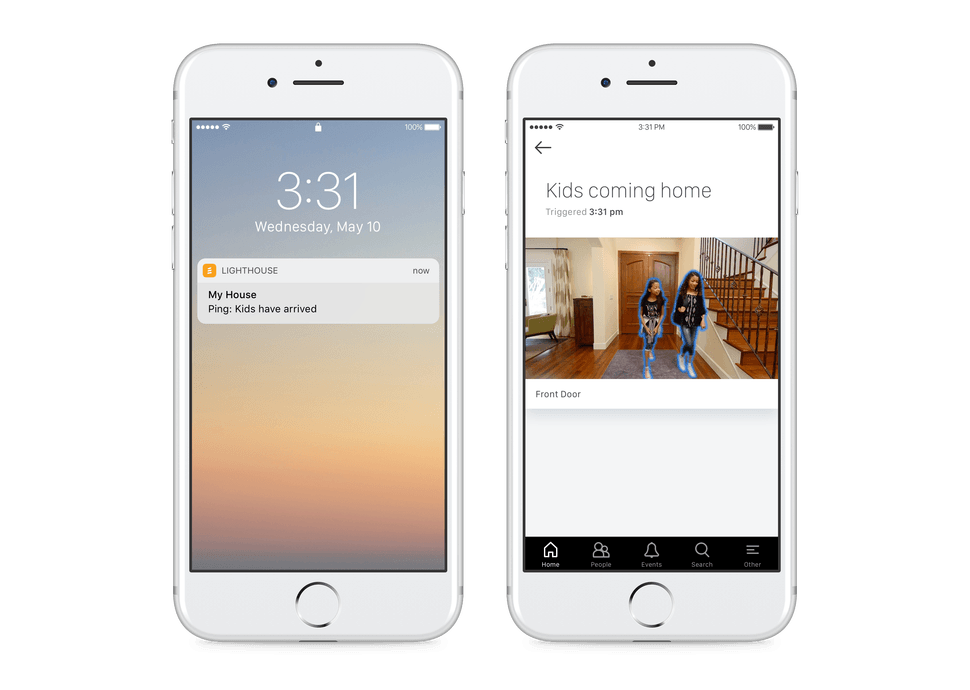 Another key advantage that places Lighthouse a step above other cameras is the fact that you can search through footage with voice commands. If, for instance, you want to know if the dog has been let outside, you need only ask. Lighthouse will come back with images of any dog-related activity near the door, offering color coded borders around humans and animals so you can see what happened at a glance.

Though it may not be as important as the other two, Lighthouse can also be used for communication, and it recognizes basic gestures like hand waves – useful for when someone at home needs to get your attention. You can use the built-in speakers to talk to whoever’s on the other end, letting you catch up with your children or spouse when they arrive home at the end of the day. 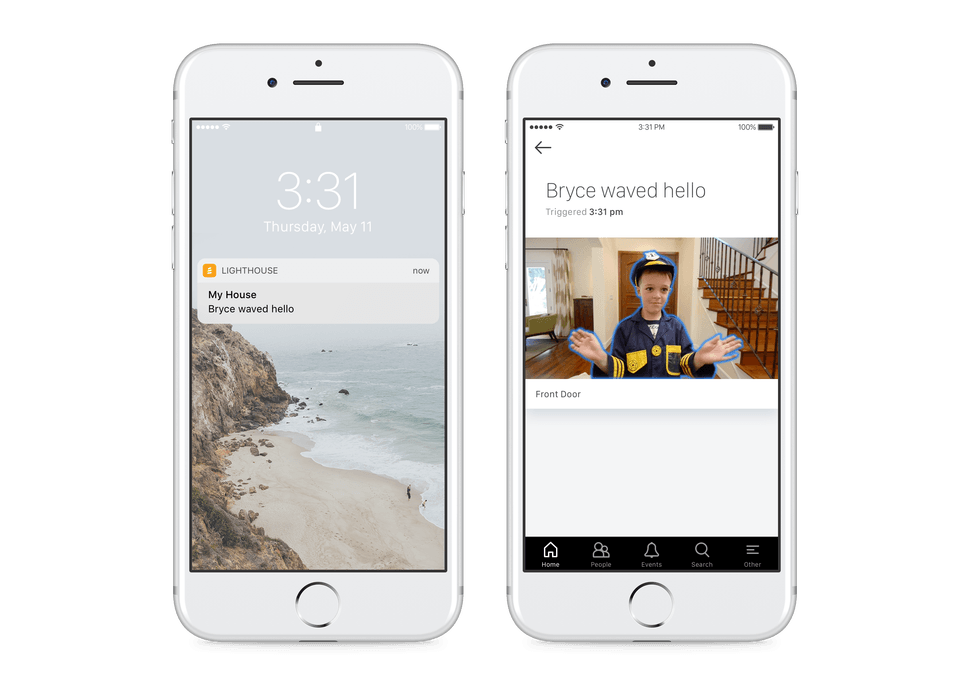 It’ll also alert you to potential security threats, giving you the option to sound a siren, call the police, or even talk to your would-be intruder directly (which we imagine would be pretty creepy for whoever broke into your house).

With all that out in the open, Lighthouse sounds like a pretty handy device, and its creators – Alex Teichman and Hendrik Dahlkamp – say they’re backing up those features with “industry-leading data security and privacy measures.” These include tamper-proof software, encryption for logins and passwords, and the fact that no one but customers will be able to view the data that’s captured.

Lighthouse is available for pre-order today. We’ve still got a bit of time before it goes into full launch, as the company says it won’t begin shipping out until September. If you’d like to order one for yourself – or find out more about Lighthouse – check out the source link below.