In the past, having two main cameras, or even three in some rare cases, on a smartphone sounded ridiculous. How would you react, then, to a digital camera that has 16 of them? That insane number is exactly what Light’s new L16 point-and-shoot camera has. Those seemingly innocuous circles on the front? That’s not simply a design pattern but 16 different cameras behind 16 lenses. And it’s not just for show either. Light envisions the L16 to take on DSLRs and mirrorless cameras by sheer number of lenses.

How do you even fit 16 cameras inside a box the size of a smartphone? Well, we have smartphones to thank for that. As mobile technology continued to push the boundaries of mobile photography, camera sensors and lenses got smaller and smaller, eventually allowing Light to pull off this trick. But those cameras a more than just 16 cameras lumped together. They have different focal lengths and different perspectives, allowing the L16 to achieve zoom equivalents of 35 to 150 mm and to also let users change the focus of a photo after it has been taken.

Part of the magic is also performed by software. “Sophisticated computational imaging techniques” lets the L16 stitch up all the individual high-resolution images into a single 52 megapixel photo. In theory, the results should be something short of breath-taking. It probably won’t win against a professional DSLR, but it will also most likely leave all other smartphones, even Apple’s, in the dust. And unlike DSLRs, you can actually stash this one in your pocket.

Light is also shaking things up a bit when it comes to controls. There is barely no physical button or knob to speak of, with the exception of the physical shutter button. Everything is controlled via the 5-inch touch screen on the back. This almost makes the L16 more related to a smartphone than a camera, something that some pros might take issue with. 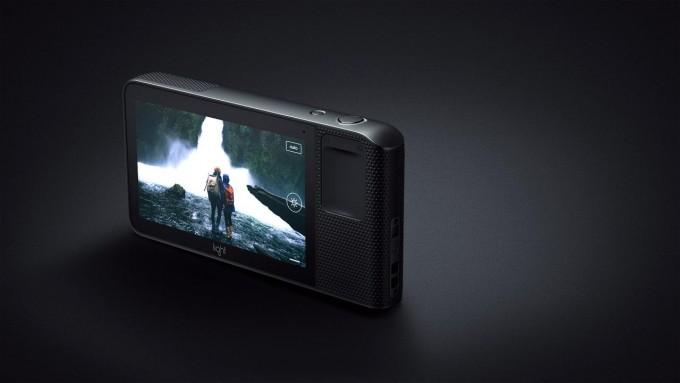 Then again, the Light L16 camera might not exactly be for the professional photographer who doesn’t mind lugging around a powerful yet bulky DSLR with all the bells and whistles, all the buttons and knobs. Instead, it is intended for photography-minded people who are willing to compromise a bit of control and quality for the sake of something that they can carry with them all the time, ready to capture the fleeting moment instantly. That said, it’s hard to imagine anyone except the pros affording the camera. During a pre-order period until November 6, interested buyers can put down $1,299 for a limited quantity Light L16 camera. After that date, the price will go higher at $1,699. The camera is slated to ship sometimes in summer of 2016.