LifeSpan TR1200-DT7 Treadmill Desk Review: Because sitting is killing you

Even if you’re not as lazy as I am, you probably spend a lot of your time sitting down. Desk jobs may have spawned a whole industry of ergonomic seating, but getting up off your chair altogether is the newest trend. First came standing desks, initially seen as a fad but gaining traction so that no modern office is without at least a few of them; now, treadmill desks like LifeSpan’s TR1200-DT7 are looking to crank up your movement even more. I may not know whether “sitting is the new cancer”, but I do know I need more exercise.

As the name suggests, a treadmill desk combines two core components. First, there’s the desk – raised up high, so that you can use it comfortably while upright. Rather than standing on a heel-friendly gel mat, however, you walk on a treadmill inserted between the desk’s legs. 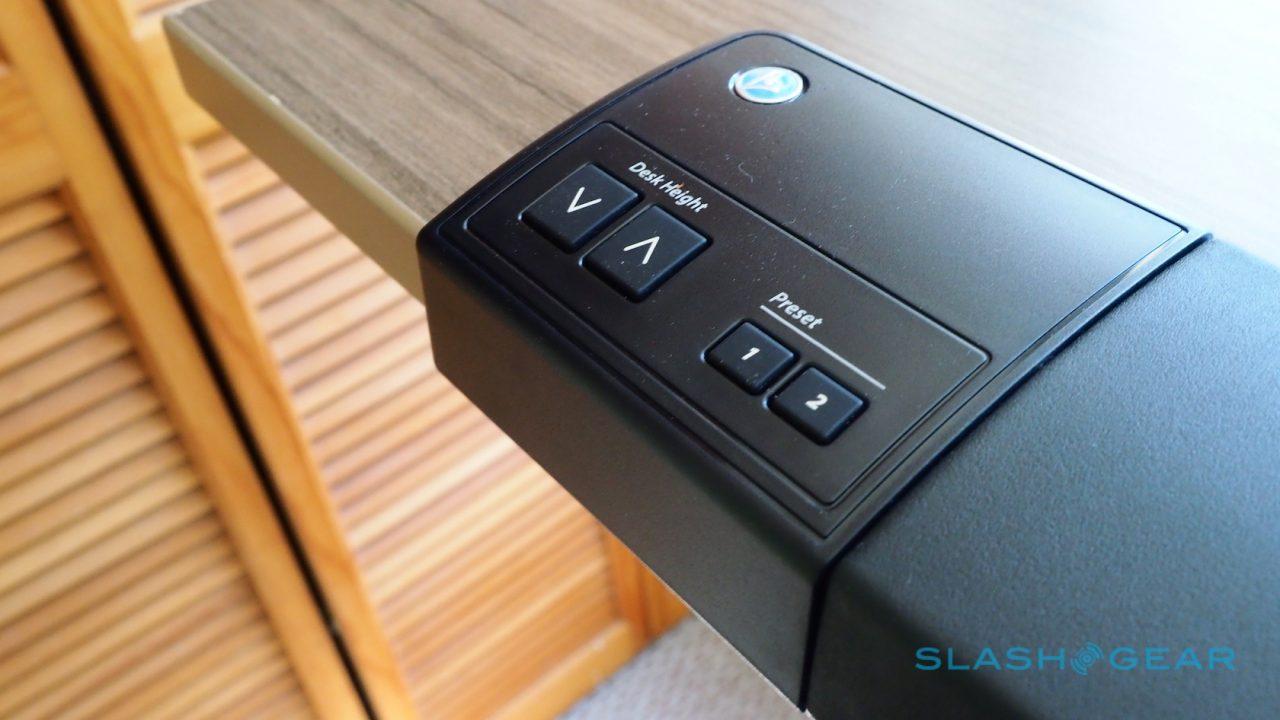 In the case of the $1,749 TR1200-DT7 specifically, the desk is a power height-adjustable model that can motor up and down between 27.5-inches and 50.5-inches. It stands on two silver-finish legs, and controls on the left side handle height and two memory presets: press them, and then desk shuttles up or down to suit.

The treadmill itself differs somewhat from what you might find in your local gym. It’s designed for the needs of a walking worker, which means supporting consistently lower speeds and extended run-times. Unlike regular treadmills, which can usually handle running pace, LifeSpan’s has a range of 0.4 to 4.0 mph. It also doesn’t support changes in incline, which aren’t recommended for treadmill desk use.

I’m a fast walker – you should see me dash through an airport terminal – so I worried the LifeSpan treadmill wouldn’t keep up with me. Turns out, higher speeds aren’t at all conducive to actually working: anything speedier than a moderate stride and it’s tough to keep your hands in place on a keyboard, or keep track of smaller text on a monitor. 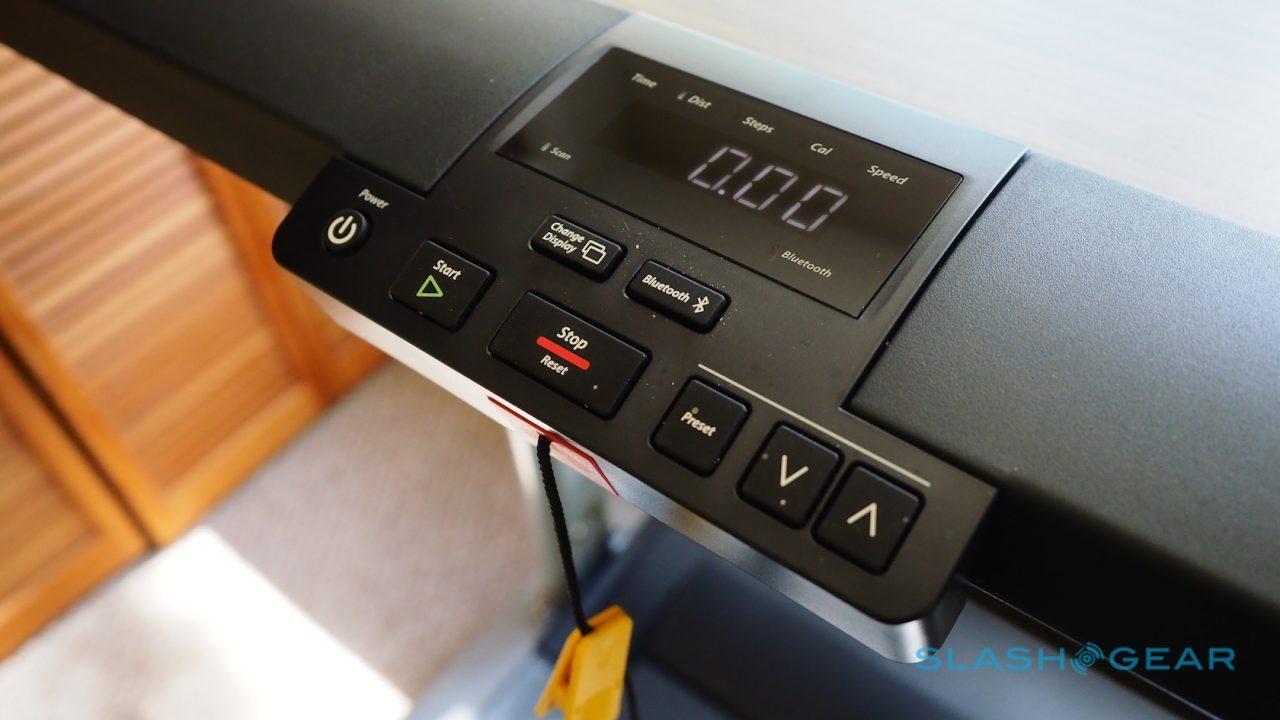 At first, I started out at 1.6 mph, which seemed glacially slow compared to my regular walking pace. After trying to actually work at that speed, however, I was forced to notch it down all the way to 0.6 mph. LifeSpan recommends 1-2 mph for extended use, but my eyes struggle to keep up with a 13-inch notebook display at 1,440 x 900 resolution. Probably best to budget for an external monitor, too.

Still, even after just two hours I’d walked more than a mile, or 6,500 steps. That’s almost 200 calories, according to the standing desk’s display. I decide to reward myself with some chocolate-peanut-butter-coated popcorn I had made the previous night, only to discover that as soon as I stopped the treadmill my legs make their dissatisfaction known. I’d clearly forgotten the piece of Useful Advice that LifeSpan gives, namely that I should take it easy at first and not attempt too much in a single session.

Those sessions can be logged in LifeSpan’s companion ActiveTrac app. In the center of the standing desk’s front edge there are the controls for the treadmill itself: speed, stop, and emergency stop with a cord to clip to your shirt or belt in case you fall off, and a basic display to show calories burned, distance walked, and steps counted. There’s also a sync button: press that, hold your iPhone near, and all of your data is shuttled over to your smartphone. ActiveTrac can share your data with Apple Health, too, including steps, walking and running distance, and active energy exerted. 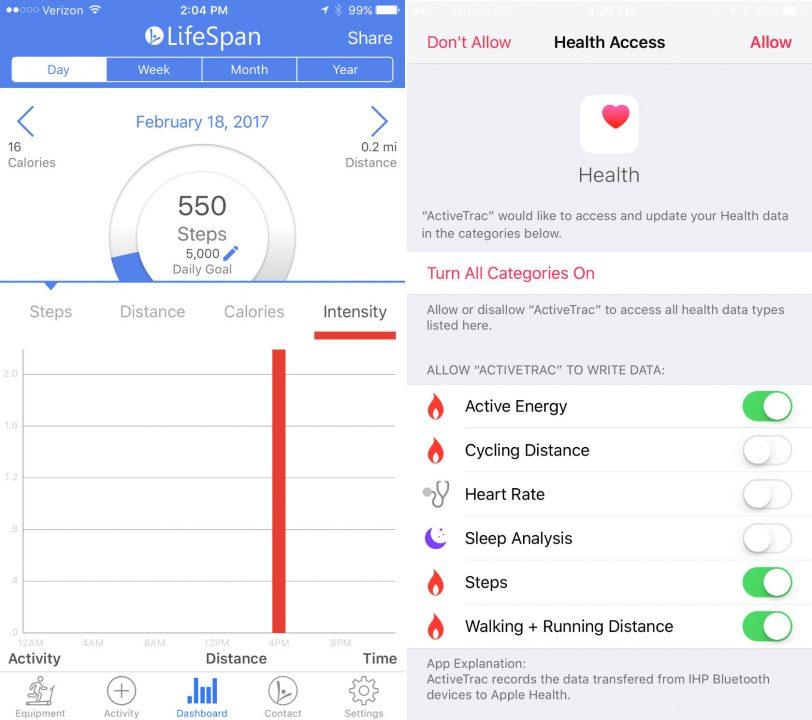 Over time, I found my average speed increased, until I was up to 1.6-1.7 mph and still able to focus. While I’d questioned the value of a power-adjustable desk, too, it turned out that what I considered the “right” height varied over the course of the typical day. Being able to coax it up or down without having to break stride proved very useful.

Since I work from home, I didn’t have to worry about distracting an office full of people. Even if I’d had company, though, the TR1200-DT7 is impressively quiet: more so than the average gym treadmill. Indeed, LifeSpan says that it’s so quiet that they had to put movement-markers on the belt, less you not realize it’s running.

I can’t imagine that being the case, unless you work in a fairly noisy environment, but the gentle susurration as it churns does fade into the background. I was able to make calls with no problems hearing the caller or being heard myself, while still walking. Meanwhile, the treadmill is also rated for being run over extended periods without overheating, unlike the on/off pattern expected of a traditional treadmill. 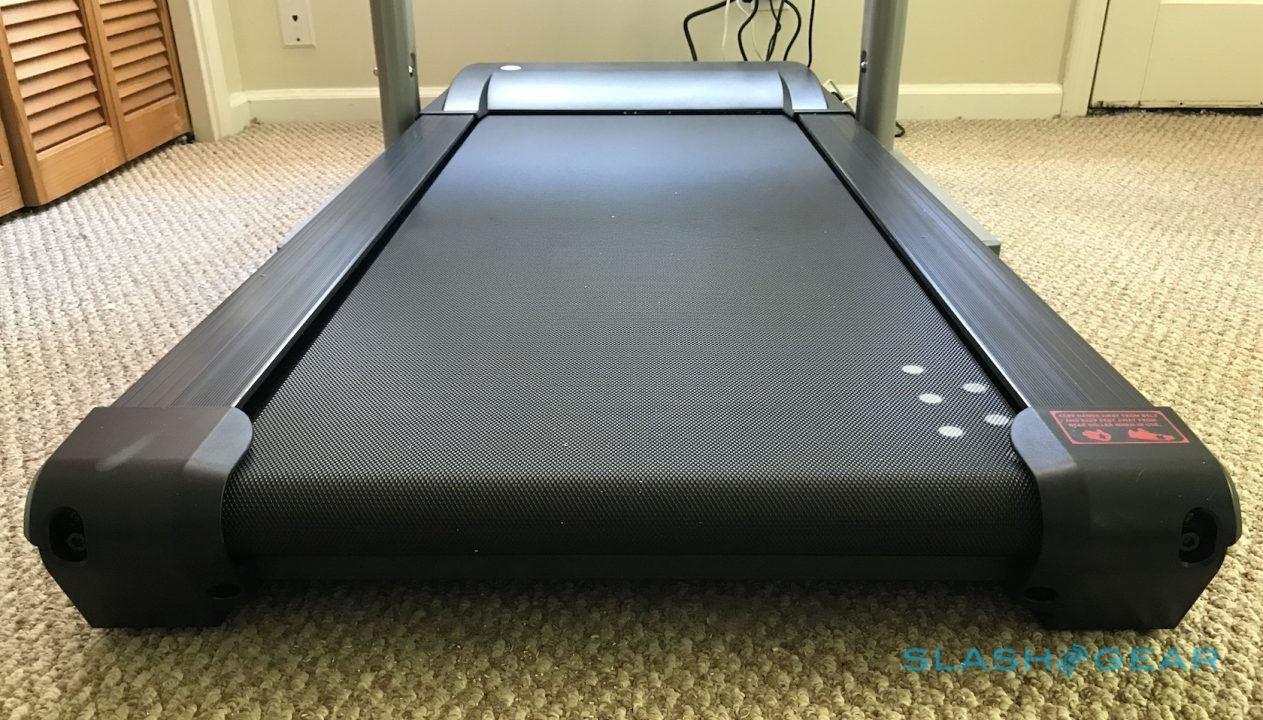 If there’s an issue, it’s the overall size. When assembled, you’re looking at a not-inconsiderable 68.5 x 48 inch footprint (though there’s a narrower 38-inch wide desktop if you don’t mind sacrificing workspace). It’s also heavy, at 86 pounds for the desk and 114 pounds for the treadmill. The latter has two wheels for moving it around, but you’ll still need two people if you want to shift the whole desk assembly. It would’ve been nice to be able to move the treadmill up vertically when not in use, to save some floor-space.

Still, I’d rather have a decent sized walking area than sacrifice usability there. What surprised me was just how much I grew to not only suffer walking while working, but actively look forward to it. To the point, in fact, that traveling for work was frustrating because I missed not being able to use the treadmill desk. 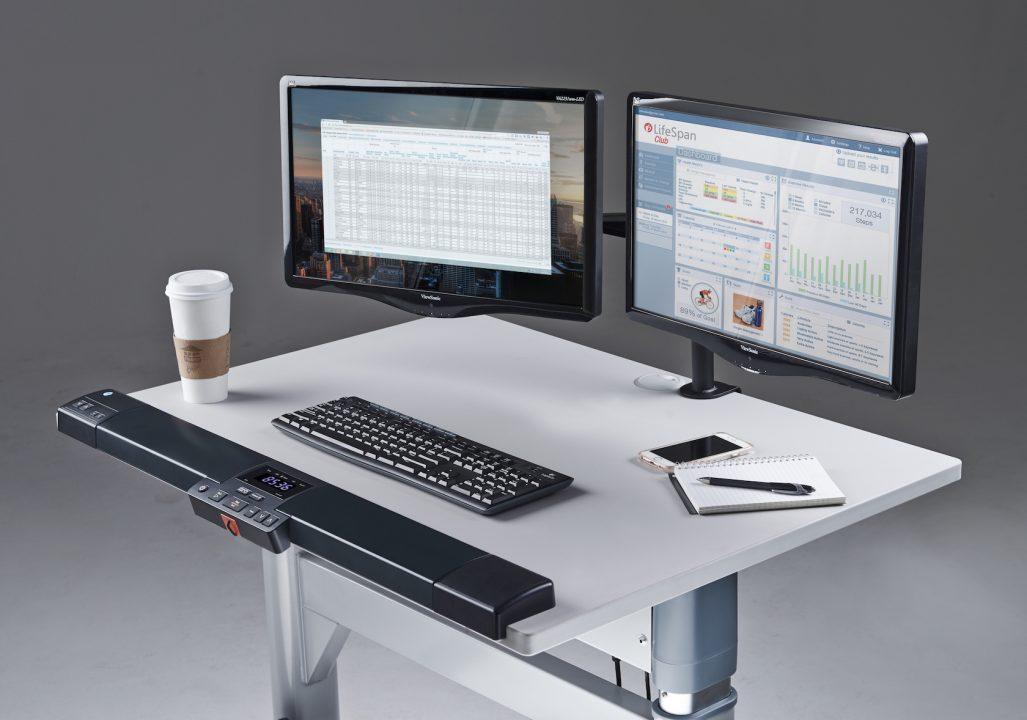 LifeSpan is upfront about the fact that the TR1200-DT7 isn’t intended to replace regular exercise. Instead, it’s meant to stop you spending so much time sitting down. I can definitely say that, even if I didn’t burn so many calories as I might do in a dedicated hour’s hard cardio at the gym, I ended days on the treadmill desk feeling more energized and less like a slob. My posture improved, too, since I was doing less slumping at my laptop.

MORE This desk changed my life

Is that worth $1,749? If you have the flexibility to choose your workspace – whether at home or in an office – then I’d say yes, assuming you’re around enough to make consistent use of it. With a busy travel schedule, I found myself thinking wistfully about the treadmill desk back home that I couldn’t use; as with any investment of this sort, you’re only getting the most from it if you’re actively using it.

If you already have a standing desk, meanwhile, LifeSpan will sell you just the walking-centric under-desk treadmill to go with it. That’s priced from $799. Overall, if you’re considering upgrading your current work seating to something like an Aeron chair, it’s worth reconsidering whether walking, rather than more comfortable sitting, is the better path to take.