LG today announced a new lineup of OLED TVs for 2021, and if you’ve run into problems with OLED brightness in the past, these new displays could be worth a look. In the new G1 series at least, LG says that it’s shipping a new type of panel called OLED evo, which it describes as “the next step in the evolution of OLED TV technology.” Essentially, it seems that OLED evo cranks up the brightness on these OLED panels, which in the past has been a problem area for them.

The company also says that its C1 series will offer a number of different panel sizes ranging for 48 inches all the way up to 83 inches. Those TVs are also getting the Gallery Stand 2, which is positioned as an alternative to the Gallery Design mount that puts LG TVs flush to the wall.

Today’s announcements also covered a new processor for many of the TVs LG offers. The Alpha 9 Gen 4 AI processor will be found in the 2021 Z1, G1, and C1 series, along with the QNED99, QNED95, NANO99, and NANO95 TVs. Perhaps the most exciting feature of this new Alpha processor is AI Picture Pro, which attempts to distinguish characters on screen along with the foreground and background to process “each object independently to make images more three-dimensional.” 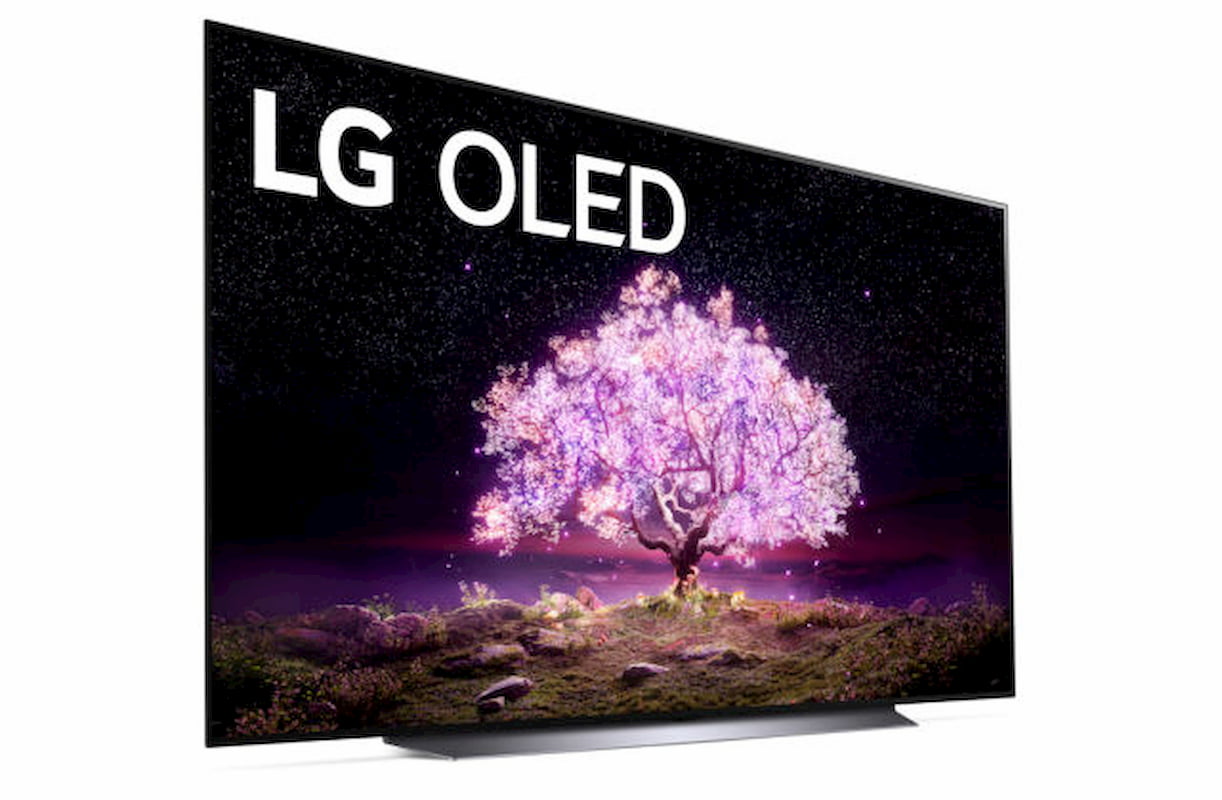 AI Picture Pro will be paired with AI Sound Pro in many of LG’s new TVs, which now has a virtual 5.1.2 surround sound feature and a new feature called Auto Volume Leveling. If you’ve ever had problems with super loud ads or volume levels that change as you browse through channels, it sounds like AI Sound Pro will be a dream, as it keeps volume levels consistent. Hopefully this will work for movies too and put an end to near-silent dialogue scenes followed by deafening action scenes, but we dare not hope too much.

There are also a bunch of new features for gamers shipping with these TVs. The Verge reports that Google Stadia and GeForce Now game streaming will both be available on LG’s 2021 OLED, QNED, and NanoCell TVs. We can expect Stadia support to launch in the second half of the year, while GeForce Now’s will follow later (unfortunately, we don’t have specific dates for the arrival of either yet).

Beyond Stadia and GeForce Now support, these new TVs will also offer a Game Optimizer mode that will automatically apply ideal picture settings depending on the genre of game being played, and it sounds like LG has different picture modes for FPS, RPG, and RTS games – potentially making these TVs good choices for PC displays as well. Add to that a 1ms response time, “low input lag,” four HDMI ports, variable refresh rate, and support for both G-Sync and FreeSync Premium and it sounds like these TVs will be good options for gamers. That’s assuming, of course, that LG’s boasts of “low input lag” turn out to be accurate, at any rate.

For now, that seems to be all the information we’re getting out of LG, with no word on pricing or release dates in sight. We’ll let you know when the company shares more about its 2021 OLED TV lineup, so stay tuned for that.