It isn’t dropping any hints about its rumored foldable or modular dual screen phone but LG has practically confirmed two things it will be revealing next month. While it’s almost a no brainer that it will be talking about the 5G buzzword as well, LG’s invitation to its MWC 2019 press event seems to confirm rumors that it will have a smartphone that won’t require you to touch it or even speak to it just to use it.

It’s almost the anti-smartphone if you consider how smartphones these days are defined by their large touch screens and touch-based interfaces. But a “contact-less” smartphone isn’t actually a new idea. At one point, ZTE almost made one via its crowdsourced Project CSX. Despite its popularity, that project failed to actually raise funds to make it a reality.

But while ZTE’s Hawkeye used eye tracking to offer minimal hands-free control, LG seems to be taking a different approach. Confirming a leak by Korean media, LG’s short MWC 2019 clip shows a hand making a waving gesture to say “Goodbye Touch”. It’s a not so subtle hint that it will be introducing “air gestures” to offer another way to control phones aside from direct touch or voice commands.

LG also shared an inforgraphic that basically says it’s playing the 5G game as well. It surveyed a thousand users in Korea and the US to ask about their expectations of 5G. Amusingly, more than half didn’t know they actually need to buy a new 5G-compatible phone to use 5G and that none seem to be too concerned about price. In other words, LG could be setting the stage for an expensive high-end 5G device. 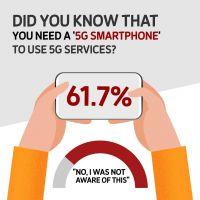 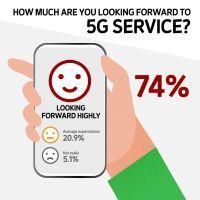 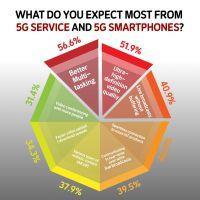 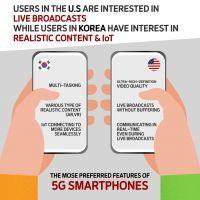 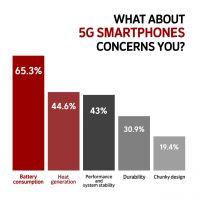 Whether these two features will be in one and the same smartphone, the question remains. And whether or not it is also its foldable or modular phone remains unknown. If you’re curious then, as LG says, save the date for its February 24 press event at MWC 2019 in Barcelona.