LG has just formally announced what Google itself has revealed this week. LG’s latest and classiest smartwatch is coming to town and it will be bringing with it all the goodness of the latest version of Android Watch. The LG Watch Urbane will begin its global rollout in South Korea this week, to be followed by North American, European, and Asian markets. And, since it’s coming out just in time, it will already be landing with latest version of Android Wear and all it has to offer, including Wi-Fi connectivity and finger-drawn emojis.

LG is kicking up the smartwatch game a notch with the Watch Urbane. It already has a round smartwatch in the G Watch R, but many complained about its larger, more sporty appearance. In comparison, the Moto 360 was mostly praised for looking stylish, despite that “dead zone” at the bottom. With the Watch Urbane, however, LG is addressing most of those concerns. The only questions left are those of availability and price.

Spec-wise, the Watch Urbane sports the same 1.3-inch 320×320 P-OLED screen, except now with a less obnoxious bezel and a slimmer profile. The case is fully made of metal and comes with a leather strap by default. However, any standard 22 mm strap can be used to fit the wearer’s style, including silicone or metal. IN contrast, Motorola discourages using metal straps other than its own due to potential interference with the Moto 360’s radios. The whole setup is powered by a 1.2 GHz Qualcomm Snapdragon 400, with 512 MB of RAM, 4 GB of internal storage, and a 410 mAh battery. 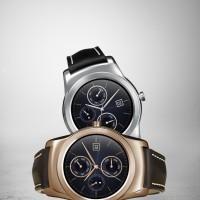 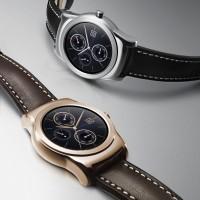 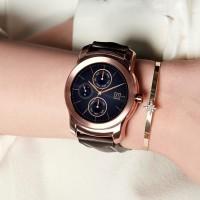 In terms of software, of course it runs Android Wear. But not just any Android Wear. It’s the brand new Android Wear that Google just revealed this week. The latest version brings a few nice features and conveniences, like Wi-Fi connection for working without a smartphone in range, always-on apps that won’t turn of the display when in use, wrist flick gestures, and emojis you can draw with your fingers. To this, LG is adding its own new features. LG Call lets users quickly access recent calls and favorite contacts for a quicker way to make a call. LG Pulse, on the other hand, continuously measures a wearer’s heart rate every second during an exercise and gives a report afterwards.

As mentioned, the LG Watch Urbane will land in South Korean Markets this week, but those in Australia, Canada, France, Germany, Hong Kong, India, Ireland, Italy, Japan, Korea, Spain, the United Kingdom and the United States can also get theirs via Google Play Store sometime later this month. No information on the price tag yet.