LG has all but already announced its next “mass premium” phone when it revealed the core specs of the LG Velvet last week. That practically leaves nothing left to surprise us but does still have a few pieces missing from the complete puzzle. Fortunately, someone fro South Korea was able to grab a few shots of the phone that not only showed how it would look (but not feel) in one’s hand but also fill in some of the blanks that LG left out.

LG’s pre-announcement press release unsurprisingly focused on the Velvet’s radical new design, at least as far as LG phones go. Of course, 3D renders don’t always match reality but this set of photos at least confirms it looks exactly as advertised. Whether you find the “waterdrop camera” design more visually appealing is, of course, a matter of personal taste.

The photos do also include a snapshot of the phone’s complete specs, completing the LG Velvet picture inside and out. The company already confirmed most of these, including the Snapdragon 765 5G processor and the 4,300 mAh battery. The 48 megapixel main camera is indeed joined by an 8 megapixel wide-angle shooter and a 5M depth sensor.

The spec sheet now also reveals that the front camera in that waterdrop notch will use a 16 MP sensor while the 6.8-inch screen will get an FHD+ resolution. Also shown is the 8GB RAM and 128 GB of storage, definitely plenty especially for a “mass premium” handset. 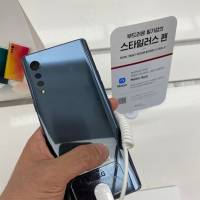 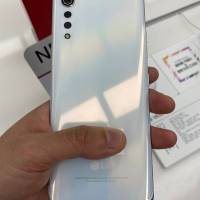 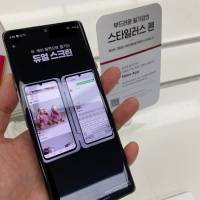 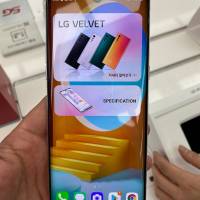 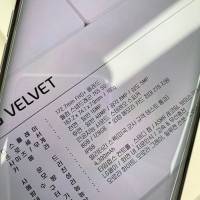 All that’s left now is to know how much the LG Velvet will cost, something that’s most likely to be revealed on May 7th. The phone will be available for purchase on May 15th at least in South Korea, leaving international availability as another question yet to be answered.