The LG Velvet reminds us of the LG Chocolate, a release that signified the brand’s willingness to focus on the COOL factor. LG Velvet is an Android smartphone with an industrial design that’s intentional. Instead of attempting to hide any single element in the device’s less-than-AAA feature set, this device celebrates all the hardware with which it’s been assigned.

The LG Velvet is a 5G smartphone, which at this point in history suggests it’s more than a “mid-range” phone. This phone comes in several colors, ranging from the conservative to the wild. Though the price of the phone competes with not-quite-AAA phones, LG’s clearly positioned this device to feel extravagant.

Specifications for the LG Velvet include a 6.8-inch 1080 x 2460 pixel P-OLED display up front, a set of three cameras at the back, and a 4300mAh battery inside. The device runs Android 10, has a Qualcomm Snapdragon 765G processor inside, and is IP68 water and dust resistant. This device is also certified MIL-STD-810G compliant. 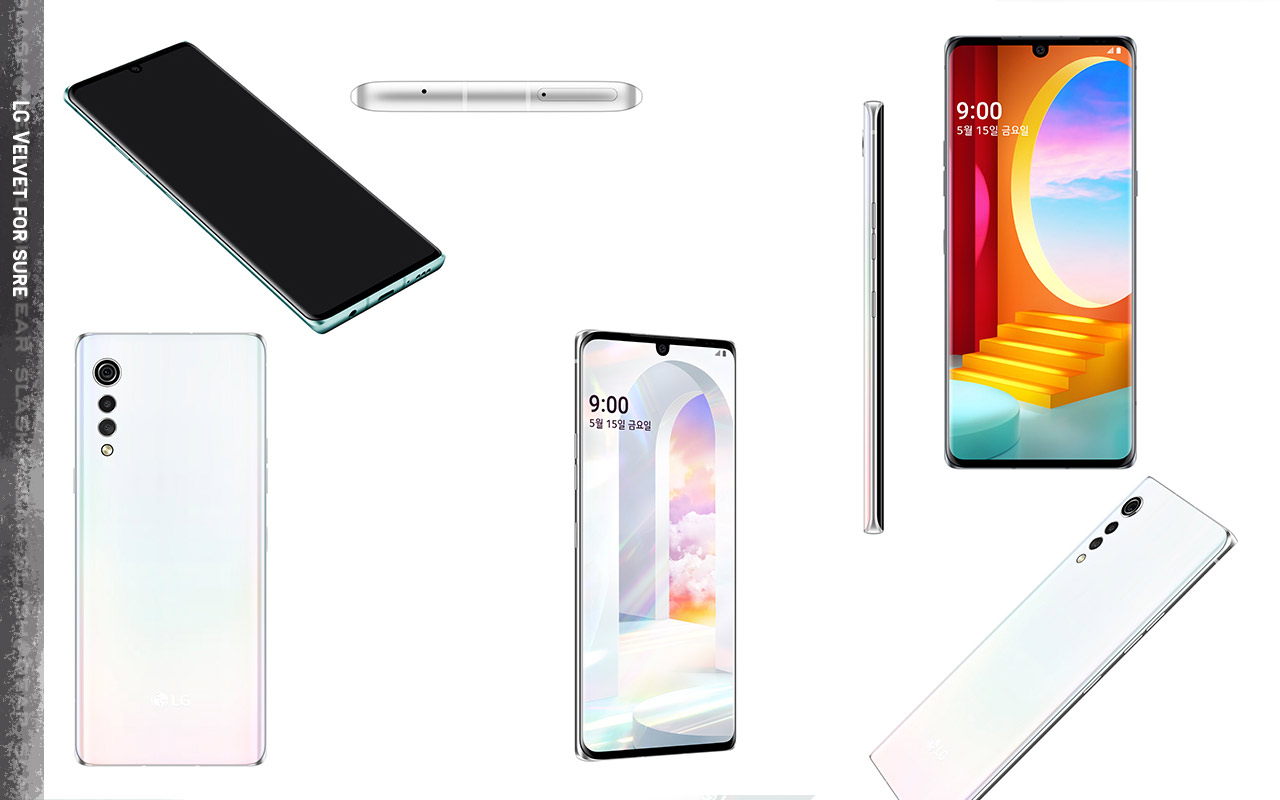 The display’s notched display (making way for it’s single front-facing camera) is stylized in a way that makes it look intentional, rather than default. LG avoids the mistake so many other device-makers of the past couple of years have made with the notch or the punch-hole, making it appear like the least of evils – here LG wears the design choice loud and proud.

The same is true of the back-facing cameras. In LG’s graphic design presentation of the phone, they focus on their chosen industrial design elements, making them a part of the device’s identity. When you buy an LG Velvet, you’re not just buying any other Android phone. You’ll KNOW you’re buying the LG Velvet, specifically, and intentionally.

Users will be able to purchase the LG Velvet in the colors Aurora White, Aurora Gray, Aurora Green, and Illusion Sunset in the next few weeks, starting in South Korea. The device will be available for approximately $700 (converted directly to USD, so not entirely accurate for international markets), and international sales release and pricing should be released soon.