OnePlus’ announcement this morning may have been relatively low-key but the OnePlus Nord’s pricing definitely had the Internet buzzing. Given that scenario, it almost seems counterintuitive to announce a new mid-range smartphone but that didn’t seem to have fazed LG one bit. Granted, the LG Velvet has actually been in the market much earlier than the OnePlus Nord but it also has one thing over this newest mid-range Android phone. Well, two if you consider both the stylus-enabled Dual Screen accessory and its US availability tomorrow.

The LG Velvet was meant to be the company’s reinvention of its smartphone business, or at least on one of its tier’s. We’re still not sure if the G series is gone for good but, for now, the Velvet is the first step in LG’s strategy to move away from numbered names and towards more descriptive and hopefully more memorable monikers. It also embraced a new design language that, to be honest, is simply catching up with modern trends.

In terms of specs, however, the LG Velvet is squarely in the mid-range category, being one of the first to use Qualcomm’s new Snapdragon 765G, giving it 5G capabilities at a lower cost. The 6GB of RAM and 128 GB of storage might be a harder sell now than it was back then because of the OnePlus Nord. It does, however, one trick up its sleeve.

Despite its mid-tier nature, the LG Velvet supports its own Dual Screen accessory that LG introduced in previous V and G flagships. It even supports using styluses that supports Wacom Ink or the Windows Pen Protocol, but only on the second screen. 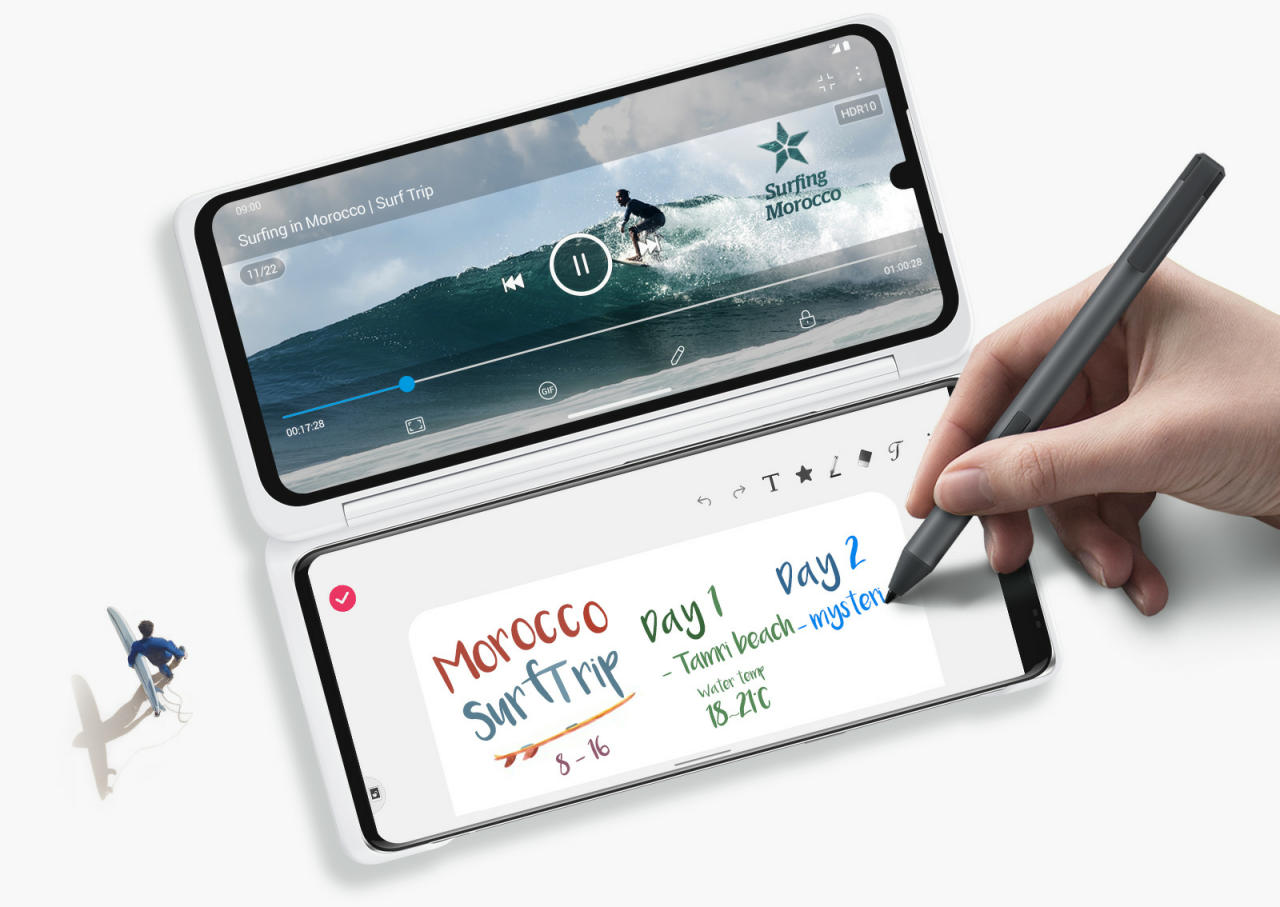 Perhaps LG intentionally timed its announcement when the US availability of the OnePlus Nord is still in question. The LG Velvet 5G, in contrast, will be available in the US starting July 22, first on AT&T and then on T-Mobile and Verizon, the latter of which will have a special LG Velvet 5G UW. LG is slapping a $599 price tag on it, though, which could leave some buyers undecided. Unfortunately, it makes no mention of the Dual Screen case either.