As expected, LG isn’t done with the V series this year just yet. The LG V35 ThinQ, as the numbering implies, isn’t yet 2018’s V flagship. The LG V40, presumably also a ThinQ-branded smartphone, might yet debut at IFA in a few days. But if this latest renders of LG’s premium phone is any indication, you might have to throw out some of your expectations on what the V series represents. At least you’ll still have a huge screen.

These renders come via prolific leak mouthpiece @OnLeaks in collaboration with /Leaks (Slashleaks). That gives it a bit of weight in terms of accuracy and also confirms at least the back design recently leaked by MySmartPrice. And that may or may not please some fans of the series.

Yes, there is a notch this time, unlike the LG V35 ThinQ that gave notch haters an option versus the LG G7 ThinQ. In exchange for that notch, however, the V40 could offer users LG’s biggest screen so far, measuring 6.3 inches on the diagonal. Not Galaxy Note 9 big, but still big for LG. Despite that, the smartphone will allegedly be only slightly larger than its immediate predecessor, measuring 158.8 x 75.8 x 7.8 mm vs the V35’s 151.7 x 75.4 x 7.3 mm.

Also notable is the triple cameras on its back, going down the road that Huawei has so far been traversing alone. Unlike the Huawei P20 Pro, however, LG has opted to keep the cameras in the middle in a horizontal orientation. While it tries to make the design look symmetrical, it’s still an odd one to take. 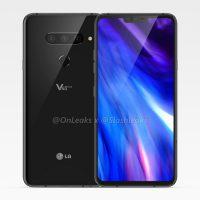 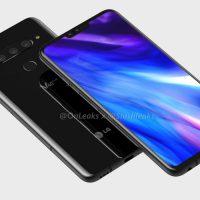 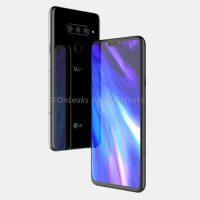 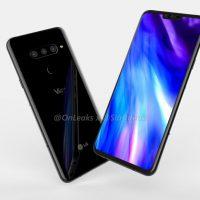 No estimated date yet for the LG V40 and little word on its specs either. Given how the V35 was already a slight upgrade from the G7, it remains to be seen how LG will market this smartphone or if it has any other features other than its screen that will set it apart from the G series.