Most computer users will probably be satisfied with a large, hi-res monitor that has a bright panel and displays more or less accurate colors. Gamers, however, are a cut above the rest, even compared to those who work on multimedia content. More than just high resolutions, accurate colors, and fast refresh rates, gamers also seek out monitors with fast response times and low latencies to give them an edge over the competition, be it human or AI. LG is promising all of that in its latest UltraGear monitor that it claims is the world’s first 4K IPS 1MS GTG screen built especially for gamers.

Many might be familiar with the marketing terms used here, like the 4K pixels that LG has spread over a 27-inch panel for its latest UltraGear monitor. This higher resolution is pretty much the biggest difference from LG’s first 1ms GTG monitors last year. IPS LCD panels have become the go-to for those with higher demands when it comes to color accuracy and viewing angles but sometimes at the expense of refresh rates and response times over their TN LCD counterparts.

That’s where that “1M GTG” comes in. Standing for “gray-to-gray”, GTG has become the marketing lingo to describe how fast a pixel can switch colors. Just like in the plain old language of old, switching colors at a speed of 1 millisecond (1/1000th of a second) is plenty fast and is currently the lowest you can go anyway.

But wait, there’s more! The UltraGear 27GN950 also boasts of a 144 Hz refresh rate, something that is admittedly common in gaming monitors these days. There’s also compatibility with NVIDIA G-SYNC which takes care of stuttering and tearing, provided you have a matching NVIDIA GPU, of course. 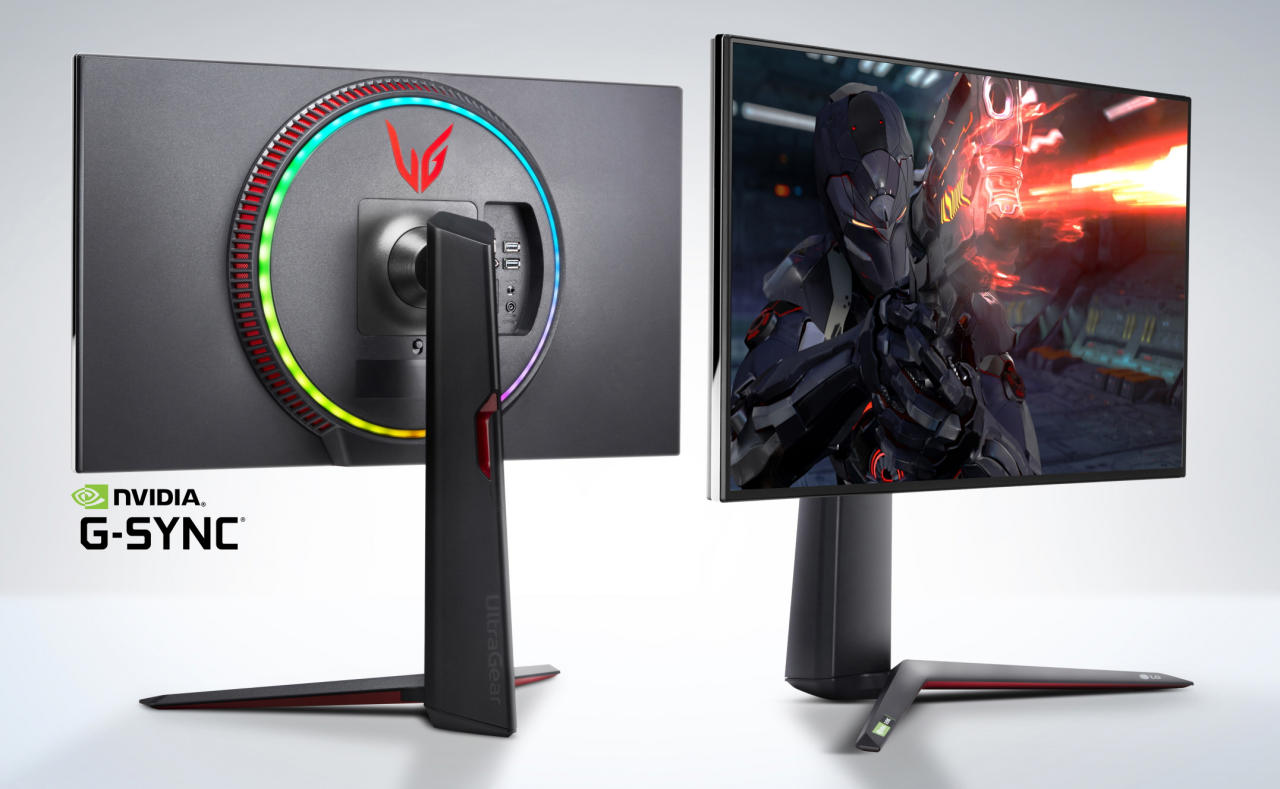 The LG UltraGear 27GN950 goes on sale starting today in key markets around the world, though the company isn’t so forthcoming about prices. In addition to the specs, LG is also boasting about the monitor’s new “wings” emblem to denote victory, which probably only makes sense if it’s being used in a competitive setting and not hidden by a wall.