Samsung might have been boasting about its flexible “YOUM” displays, but its not the only game in town. Rival Korean manufacturer LG also has its own bending powers that it isn’t hesitating to flaunt. LG Display, the company’s screen-making subsidiary, is displaying, no pun intended, a flexible 18-inch panel that is not only made of OLED but transparent as well.

One thing to immediately notice is the display utilizes Organic Light Emitting Diodes or OLEDs instead of the regular LCD technology most display manufacturers use. Of this group, Samsung is probably more known for using the technology in TVs, smartphones, and tablets but LG has recently invested in the technology as well. In a nutshell, OLED displays require less power to display images, because the OLEDs themselves emit light, as the name says, and removes the need for a separate backlight layer. That also means that OLED displays can be considerably thinner than equivalent LCD screens.

Flexible screens were once the hot topic of 2014 and though the hype around it has somewhat dialed down, it doesn’t mean that manufacturers have lost sight of the prize. Beyond just a fad, flexible displays could give way to electronics that are extremely portable, deformable, and adaptable. Think of rollable televisions that you can transport where needed or stowed away when not, which is one case that LG Display is eying. This sheet can be rolled in a bundle 3 cm in diameter, but that’s only for an 18-inch screen. LG claims it can manufacture one up to 50 inches in size. 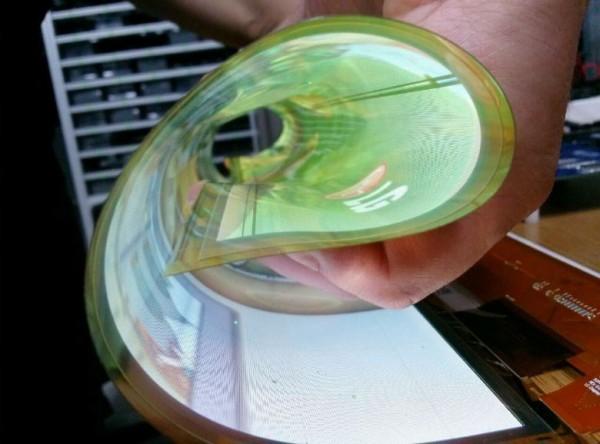 And finally, this flexible OLED display is also transparent, but LG has managed to resolve some of the haziness that plague other similar transparent screens. It says that it does so by boosting the light transmittance up to 30 percent compared to the 10 percent in transparent LCD displays. LG isn’t disclosing how much more power this increase will cost, which can be a detrimental factor to the display’s overall performance. 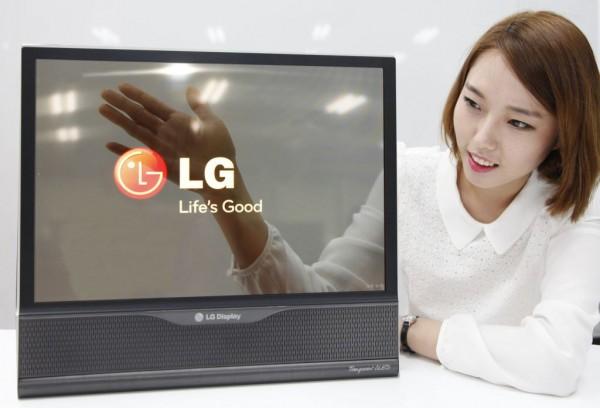 It is unlikely that we will see any commercial product utilizing this kind of display any time soon. LG has employed part of its technology in flexible screens when made the curved LG G Flex smartphone, but a completely flexible device or appliance, much less a smartphone or a tablet, still has a long way to go. The display is just one part of it and other electronics, especially the battery, must also learn to bend. Fortunately for the latter, LG also has a head start.