LG Rollable could be rollable Project B phone’s commercial name

LG sought to reinvent itself this year and got the ball rolling on two things. It created new product lines, Universal and Explorer, for “normal” and experimental phones, respectively. It also adopted a new naming scheme that moved away from single letters and numbers to make its phones more memorable. After the LG Velvet and the LG Wing, the company’s next unconventional phone might be the LG Rollable. That is at least based on a trademark filing in Europe and it leaves little to the imagination what it could be.

If Samsung is now known for its foldable phones, LG might be trying to make it big with rollable screens. It already has a rollable OLED TV commercially available and it is really only a matter of time before it takes that technology to more portable sizes.

LetsGoDigital reports that LG registered a trademark with the European Union Intellectual Property Office just this week for the LG Rollable name. The text of the application makes it clear that it isn’t related to LG’s already existing rollable TV line. It mentions digital mobile phones, wireless headsets, battery chargers, and even electronic touch screen pens, all of which are clearly related to smartphones. 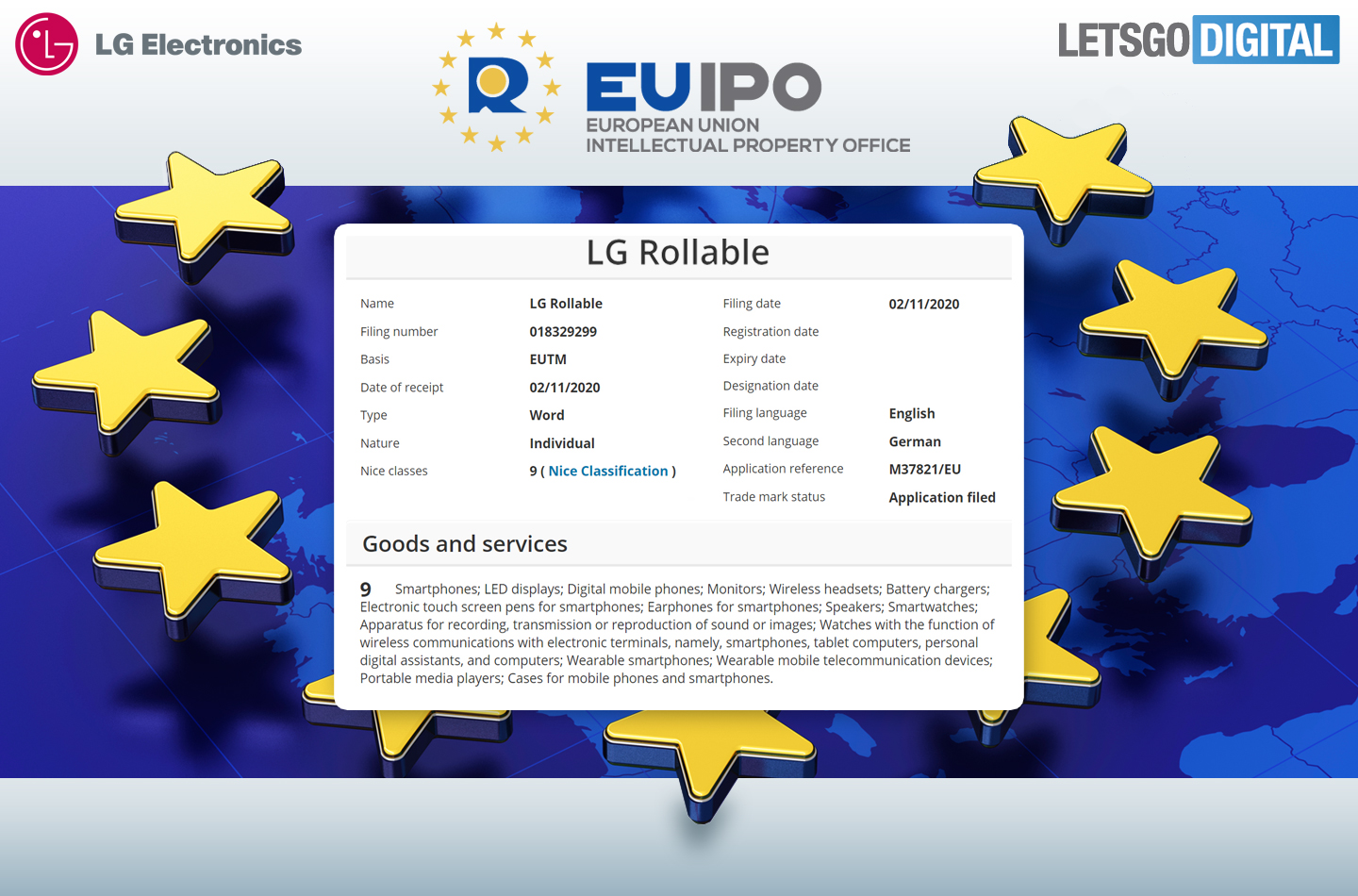 LG’s ambitions with rollable devices are really no secret by now. A recent patent filed in the US showed one rather interesting way this phone, currently known as Project B from the Explorer line, could take. Instead of one that unfurls like a scroll, the LG Rollable, if that will really be its name, will slide out from the phone’s side, the screen rolling out into a square-ish tablet form.

LG isn’t the only one eying this niche form factor. TCL was already showing off not one but two prototypes for its own concept of rollable phones. LG, however, is expected to reveal its take as early as the first quarter of 2021.