LG Project B rollable phone could have a retractable display

LG kicked off its new Project Explorer line of smartphones with a bang. But while the LG Wing’s swiveling screen is definitely a novelty, some of the brand’s remaining fans are still curious whether it will be able to take on Samsung in the foldable phone arena. Rumors claim that it will be doing so via a different route, with a rollable phone rather than a foldable one. A recently awarded patent now offers a glimpse into one of the many potential forms of this phone, one that admittedly makes more practical sense.

When people talk about rollable phones, they might conjure up images of high-tech scrolls that unfurl into a long tablet shape. LG’s own prototypes definitely point in that direction but, given certain considerations, it isn’t exactly the most usable or reliable way to implement such a phone that will be a consumer product. LG’s latest patent is comparatively less sensational, combining a rollable display with a slider mechanism.

In its normal form, the phone described in this “Roll-slide mobile terminal” patent reported by LetsGoDigital looks like an ordinary phone with a curved edge screen. This device’s sides, however, can slide out to extend the rollable display into a tablet-like form. Compared to the usual idea of a rollable phone, this would allow LG to minimize the area of the screen that gets rolled in and out, minimizing wear and tear. It also leaves users with the option to roll out only one side as needed.

Such a system, however, does have its own peculiarities that a foldable phone like the Galaxy Z Fold 2 doesn’t need to consider. The frame of the phone also needs to extend to protect the top and bottom edges of the rollable screen. LG will also have to implement mechanisms to lock the slide-out sections in place and to prevent it from sliding in and out too rapidly which could, in turn, break the flexible screen. 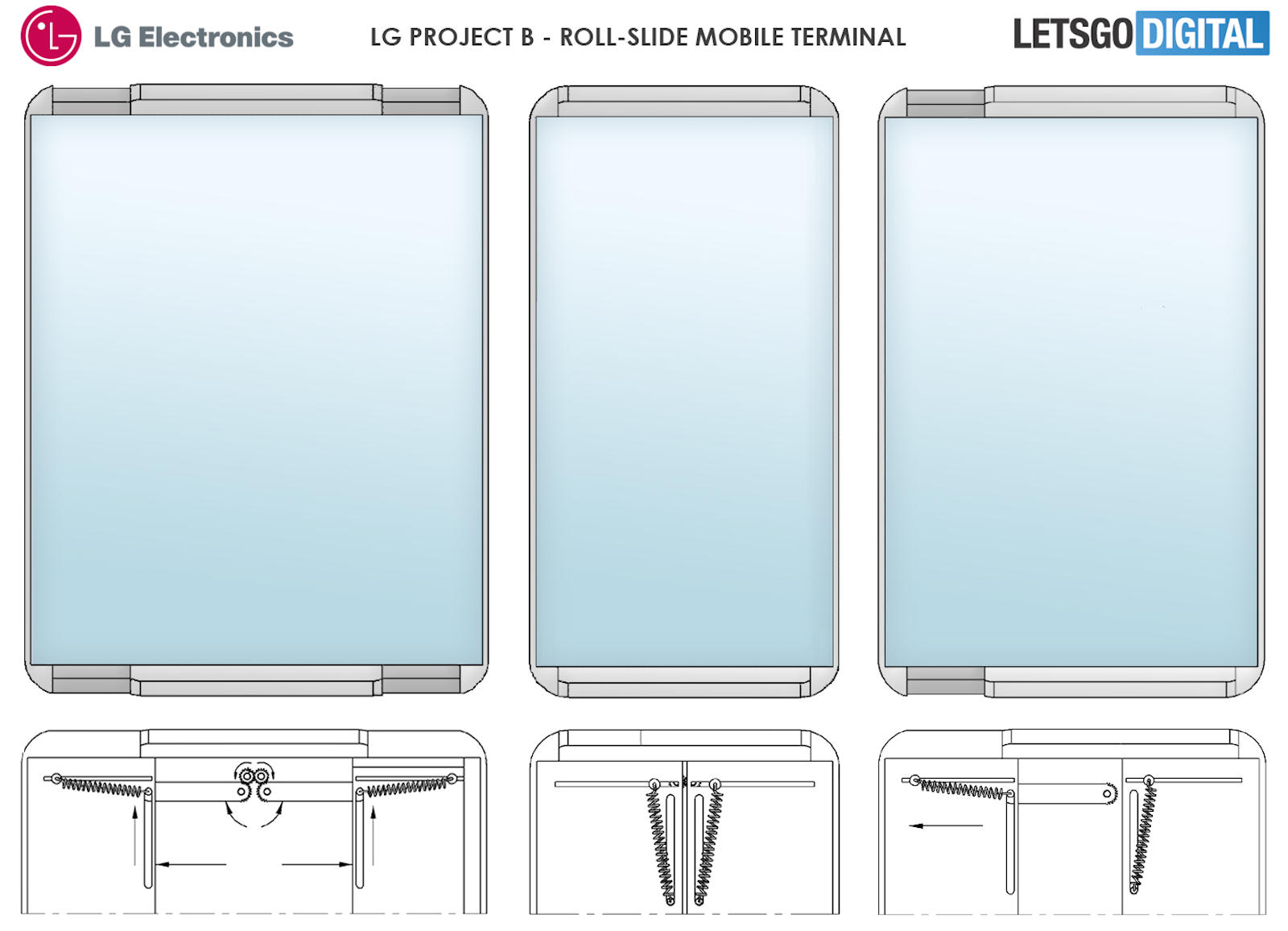 Of course, a patent doesn’t exactly mean LG’s Project B will be like this but it is interesting to see how well the company has thought out the idea. Presuming it is indeed able to make this work, it could definitely put LG back on the map, and not in an almost ridiculous manner like with the LG Wing.