LG has officially launched the Optimus Pad LTE, a 4G-capable 8.9-inch Android tablet running Honeycomb on a dual-core processor. Fronted by a 1280 x 768 IPS HD display, the Optimus Pad LTE packs Qualcomm’s 1.5GHz dual-core Snapdragon paired with up to 32GB of storage and a 6,800 mAh battery, all in a slate just 9.34mm thick.

There’s also an 8-megapixel camera with flash on the back, capable of recording Full HD video, while a front-facing camera serves for video calls. Unlike many Android slates, there’s a memory card slot for a microSD card, allowing you to upgrade the storage.

Connectivity includes HDMI, USB and the usual bevy of WiFi, Bluetooth and sensors. You also get DLNA streaming support, and LG is talking up its interactivity features between the Optimus Pad LTE and its other hardware, such as smartphones and TVs.

Battery life from the 479g tablet is up to 10hrs, and there are various apps preloaded including a video editor to allow you to whip your 1080p footage into shape. The LG Optimus Pad LTE will go on sale in South Korea first, though we’d hardly be surprised if LG then expanded its reach to LTE networks in North America. 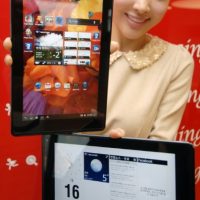 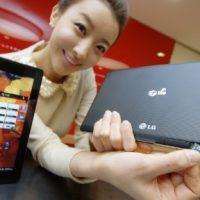 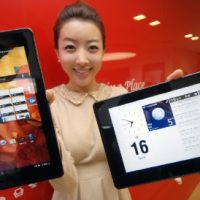 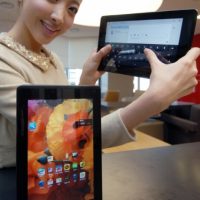