Once upon a time, Nokia and then Samsung held the crown for having a confusing number of similarly named phones. The new Nokia under HMD Global is still catching up while Samsung has opted to go on a diet and now LG seems to be trying to claim the throne. After a near-silent launch of an LG Q31 in South Korea, the phone maker is now announcing three new phones for its budget K series, offering a more up-to-date aesthetic and one strange design, all with prices that might sound like a miracle given today’s smartphone prices.

LG loves talking about how it is bringing premium features to affordable phones but, to be clear, its definition of “premium” can sometimes be really loose. The old LG X series would each bring at least one notable feature from the company’s flagship model for that year. The LG K series, on the other hand, seems to all be about the looks.

All three models sport a punch-hole camera smack in the middle, a design that’s en vogue today. They also all have huge rectangular camera bumps, which is actually a first for LG. But while the LG K62 and LG K52 have “modern” matte finishes, the LG K42 sports a wave pattern that supposedly appears to change colors. It will definitely make people take a second look, but probably not for the reasons LG intended. 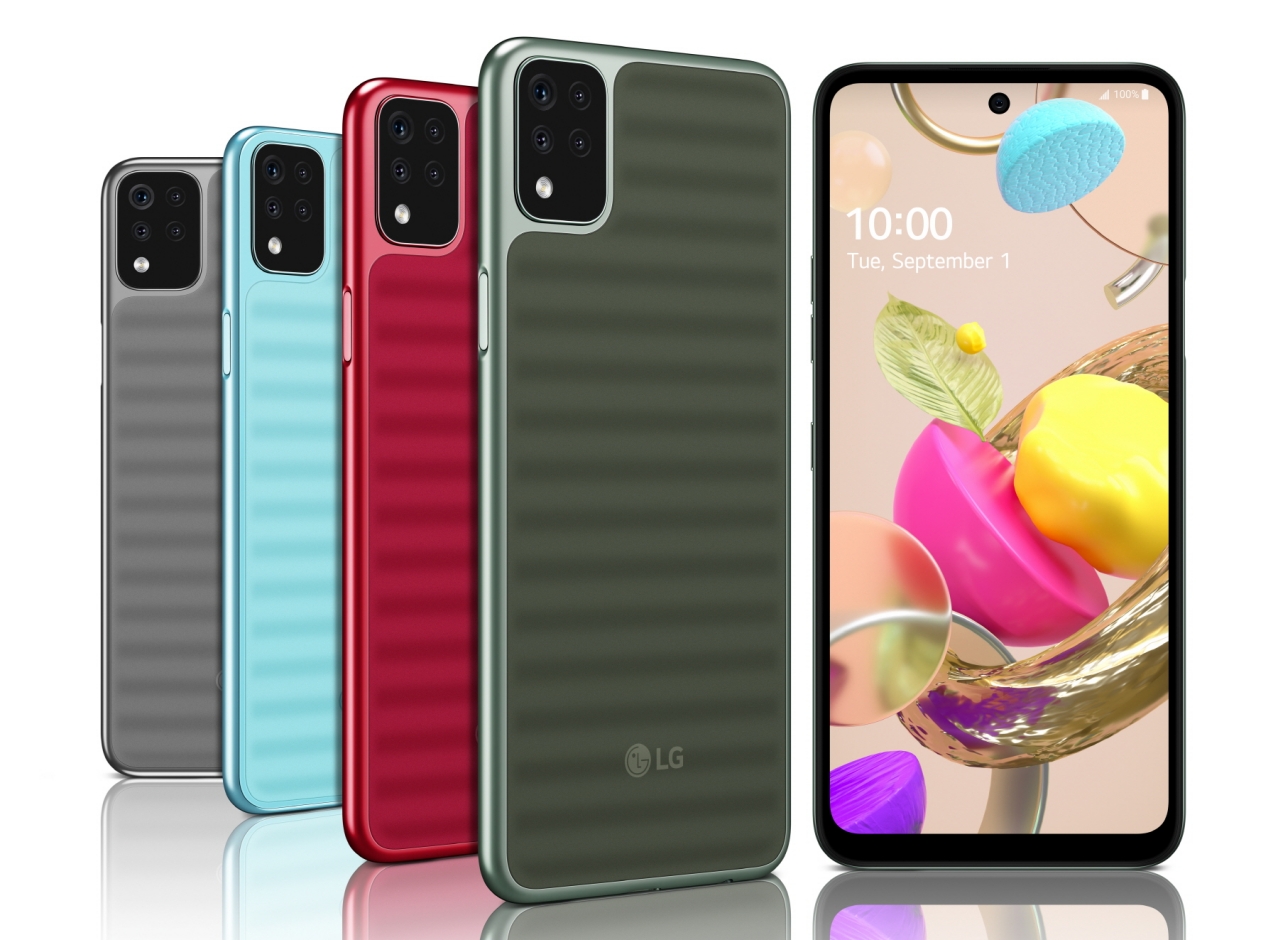 Despite the large camera bump, all three only have four cameras, with the K62 and K52 boasting a large 48MP sensor, leaving the K42 with a measly 13MP primary shooter. Those cameras, however, have learned a new trick aside from LG’s usual AI CAM. Flash Jump Cut, as it is called, takes four pictures at preset intervals for the purpose of creating a stop-motion effect.

Specs for the three are what you’d expect from entry-level phones with some things in common. All of them share the same 6.6-inch HD+ display and large 4,000 mAh batteries, for example. Pricing details are still unavailable but the LG K62, K52, and K42 will be launching next month in Europe, Asia, Latin America, and the Middle East.