Albert Einstein defined insanity as doing the same thing over and over again yet expecting different results. That definition might seem appropriate with LG‘s strategy of inundating the consumer market with model after model of 4K UHD smart TVs. But since it’s almost time for IFA 2015, the manufacturer could be excused for trying to push harder a segment that is worryingly stagnating. Introducing the two EF9500s, ED9200, and the curved EG9100, LG’s latest hurrah for the Smart TV segment, on top of the 9 others it already launched this year.

LG’s spiel is that these aren’t your run of the mill 4K UHD TVs. There are 4K UHD OLED TVs. Those who have been watching the industry for some time now might already be familiar with how OLEDs, thanks to not needing a backlight, can produce blacker blacks. This, says, LG, makes OLED the best type of display for high-dynamic range (HDR) content since those blacks are able to make bright colors stand out even more. In short, these 4K OLED TVs are also 4K HDR-capable OLED TVs.

They are also smart TVs as well, but don’t go looking for Android TV. Just as rival Samsung is obsessed with Tizen, so is LG committed to webOS 2.0 for its smart TVs. This particular version has promised easier navigation and a personalized Launch Bar menu. But since these are pretty much like walled gardens, coming across apps might be a bit of a problem.

The flat EG9200 and the curved EG9100 also have one other talent. They can somewhat disappear into your wall. That is, they have an almost ridiculous 4.8 mm profile that makes it look like the images were directly coming from the wall. Definitely something fancy to see, but probably a bit disorienting at first.

LG’s new 4K OLED TVs will be available in Germany, Korea, the UK, and the US sometime later this month. Price details are not yet available. They will also be making their presence felt at IFA 2015 as part of LG’s booth, along with other pre-announced products. 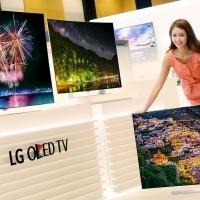 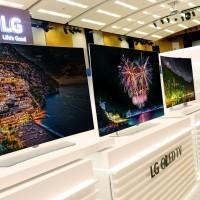 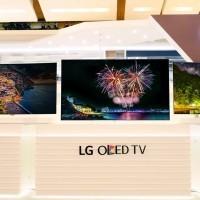