LG G6 went with Snapdragon 821 to avoid May launch

The LG G6 is expected to debut in just two weeks, but, when it does, it will be missing a key premium feature most would have wanted. It will be running on a semi-recent Qualcomm Snapdragon 821 instead of the newest 835. While earlier theories presented an image of Samsung getting preferential treatment for its close ties with Qualcomm. While there is, indeed, a tinge of that, the situation might be a bit more complex and has a lot to do with production schedules and volumes.

It naturally takes time to manufacture a processor, distribute it to OEMs, put it inside a smartphone, and have that smartphone shipped to vendors. It takes even more time for a processor that is made with the very news 10 nm process, like the Qualcomm snapdragon 835. SemiAccurate makes a quick rundown of the estimated times for that process and it all boils down to this: the first mass-produced Snapdragon 835 devices can’t possibly appear before April. 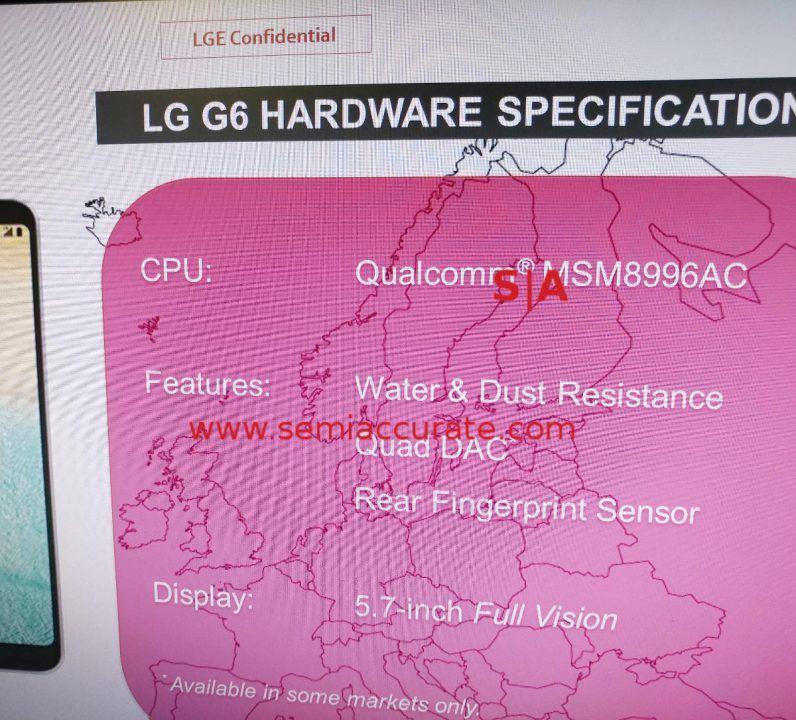 The estimates put a 5 and a half to 6 month period for the actual production of the chip from its wafer to its encasements in a smartphone. Add another month or so for testing and packaging of said smartphones. Given that the Snapdragon 835 went into production mid-October, it won’t be until mid-April that the first batch of smartphones bearing the chips will be ready. Coincidentally, that’s also when the Samsung Galaxy S8 is expected to launch.

Here’s where the Samsung factor comes in. All things considered equal, OEMs would be able to get their hands on the Snapdragon 835 by March. However, those chips would have been from the first batches made in October. Made by Samsung, no less, in partnership with Qualcomm. It isn’t surprising, and probably not illegal anyway, that Samsung would have first dibs on those chips. This would practically mean that any other smartphone that wants a Snapdragon 835 would be delayed by a month or more.

An LG representative, speaking on the condition of anonymity, confirmed that this is, indeed, the case. If LG chose to go with the Snapdragon 835 in order to really have the top of the line specs, it would have to postpone the G6 launch all the way to the end of May. And that’s presuming it’s actually next in line to get the next volume of chips from Qualcomm. Fortunately for it, there might not be enough technical merits to jump on the Snapdragon 835 train just yet, but more than enough reasons to make do with a Snapdragon 821 and potentially take the first half of the year by storm.