Even today, two years after launching and seven after the original LF-LC Concept, the Lexus LC still turns heads – now, the automaker really needs to chop the top off. The Lexus LC Convertible Concept shown off at the Detroit Auto Show 2019 this past week answers one big question we’ve long had about the LC Coupe, and in the process sets the stage for a couple more head-scratchers.

That first big question was whether Lexus’ designers could figure out a way to slice the top off the LC, without it looking awkward. Part of the car’s design appeal, after all, is the way that the roofline gracefully sweeps down into the trunk lid. Trying to recreate that with a convertible roof was always going to be hard.

The result, though, looks stunning. The upward jut of the B-pillars remains, truncated though for a lengthy deck. From the side, the strong shoulder line of the car flows up from the fenders and gently rises across the rear wheels, before joining the angular rear light clusters.

All in all, the exterior screams “just build me, already” and the cabin isn’t far behind. Lexus has stuck with the 2+2 layout, with a pair of seats in the rear; given our experience in the back of the LC 500 Coupe, we’re not entirely sure anybody would thank you for sitting them there. 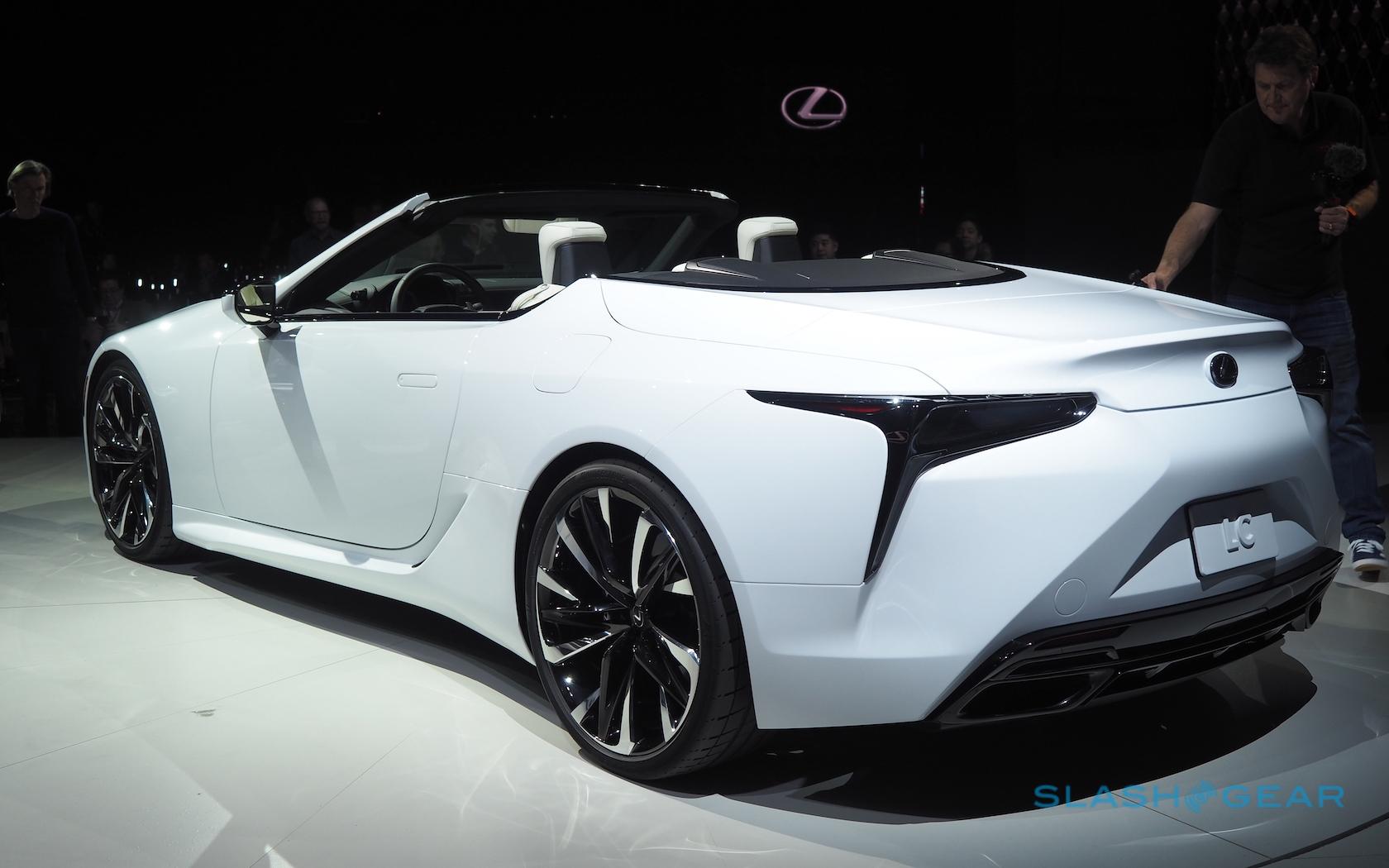 What we do like, though, is the white leather trim and the subtle yellow accent stitching. Lexus’ cabin still looks crisp and clean, though we’d not argue if the automaker decided to ditch its current infotainment system – one serious downside of the current LC 500 Coupe – in favor of something less frustrating. Still, we’d love to see that yellow highlight on the current production car’s white leather seat package. 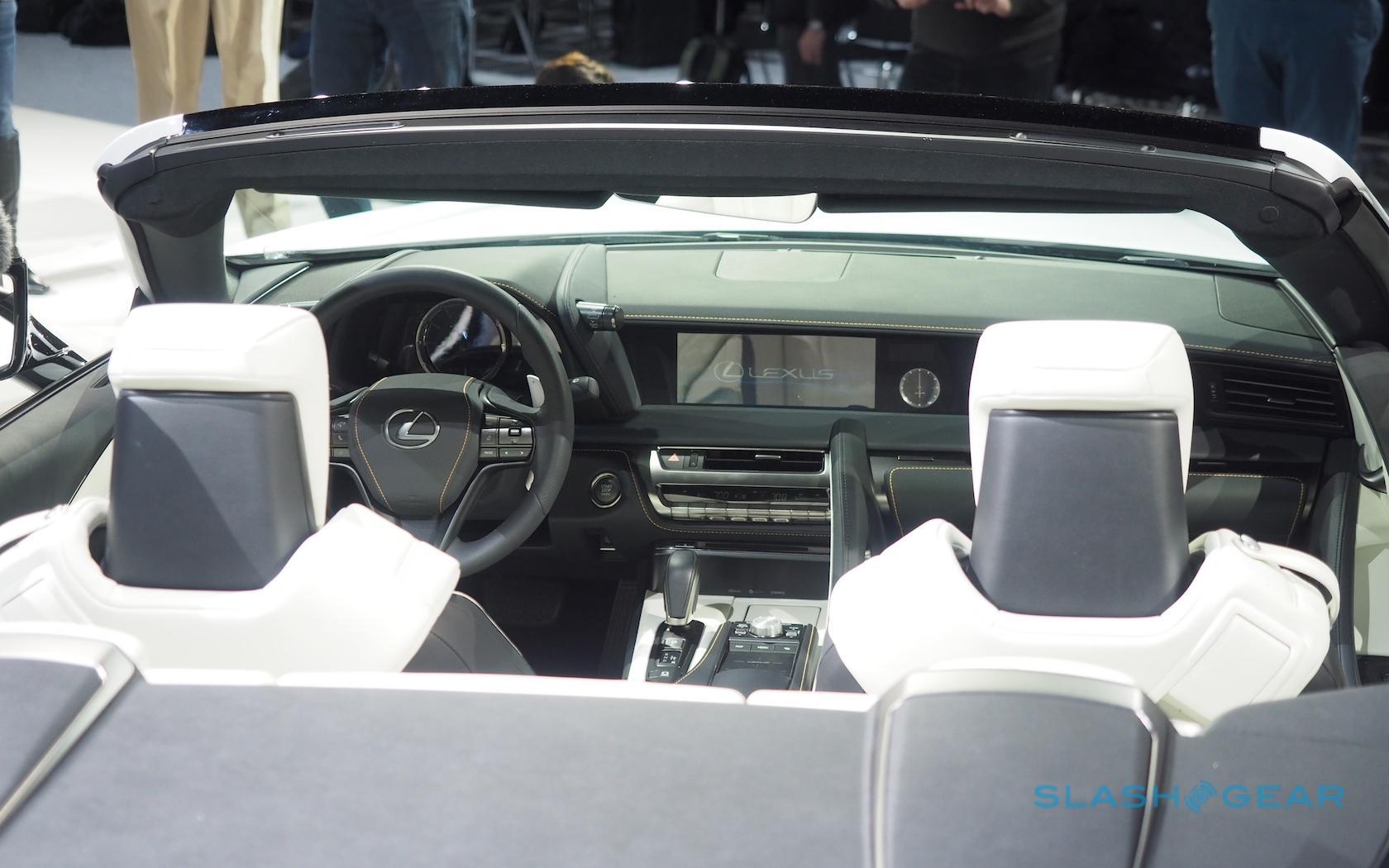 Before you get too carried away and start marching down to your nearest Lexus dealership, however, there are still some hurdles to be addressed. Most pressingly, Lexus hasn’t actually designed a convertible roof for its convertible. The car, execs at the company point out, is currently just a design concept: there isn’t actually a working roof on it. 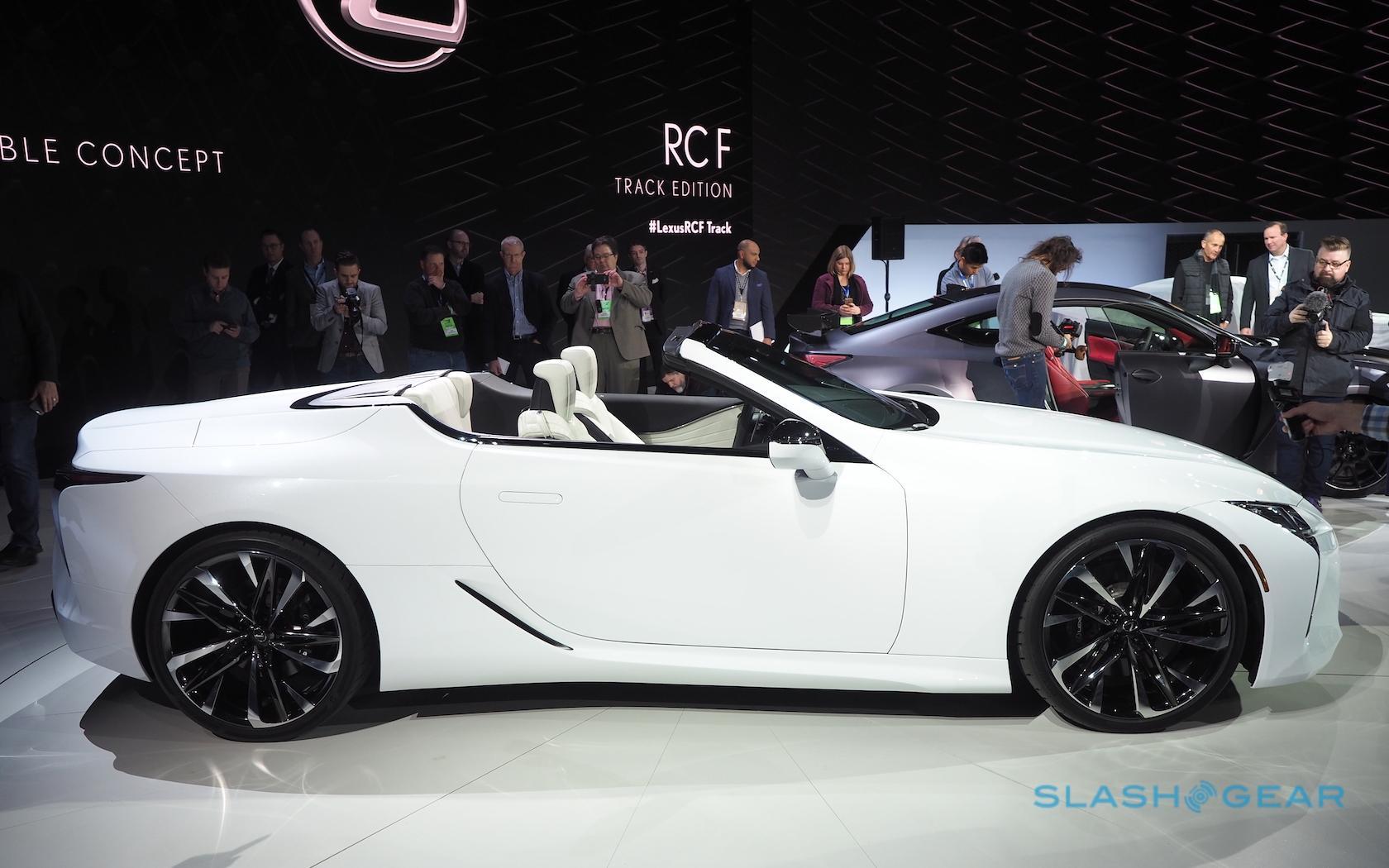 That might work indoors on the showfloor, but we suspect the market for permanently open-topped Lexus roadsters is fairly small. The automaker says that it envisages a soft roof rather than a folding hard-top, but hasn’t demonstrated that it could actually fit that into the space left behind the rear seats. Nor, indeed, given us any idea of what the car might look like with the roof in place. 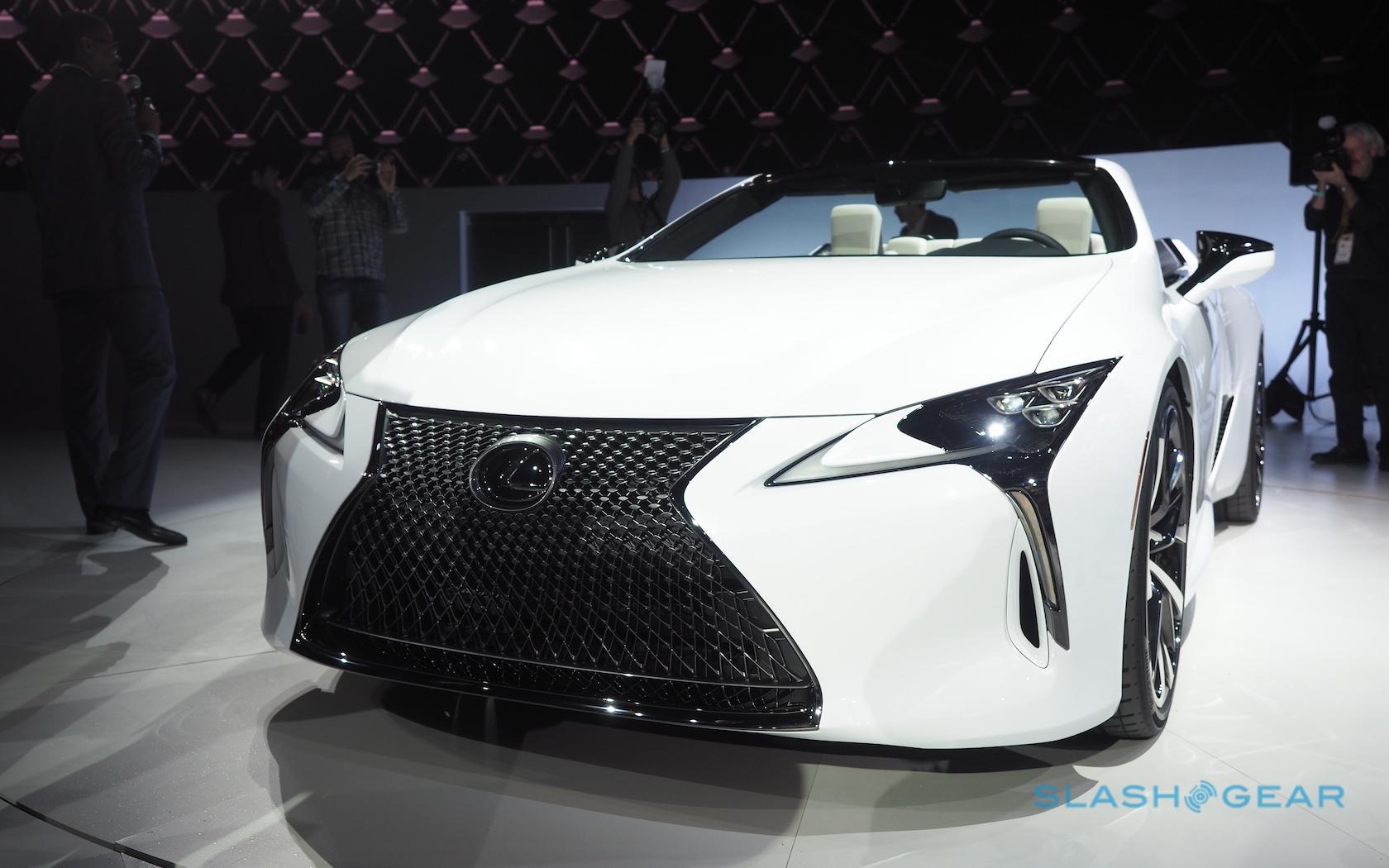 The second question is even more pressing: just how likely is it that the LC Convertible Concept spawns a production model. There, again, Lexus is coy on specifics, saying only that it wants to see what reaction the droptop provokes. Considering this is one of the most striking boulevard cruisers we’ve seen in some time, here’s hoping the feedback is positive enough that Lexus’ angle-grinders get spinning.